International Shoe Company, established in 1911, continued to operate in the same segment of the industry until 1966, when the company was renamed as Interco because it had become a major manufacturer of a range of costumer products. The growth strategy of the company was to acquire undervalued businesses and operate them autonomously under the umbrella of Interco. Although overall financial performance of the company remained satisfactory in recent years, apparel and retail businesses had begun to suffer. The company’s stock price became undervalued due to inefficiencies of two divisions. The case discusses two alternatives for Interco at this stage, capital restructuring or sale of shares. For this purpose, value of Interco has to be calculated again using Discounted Cash Flow analysis and comparable transactions analysis to find out if the calculations of Wesserstein, Parrella and Co are correct or not. 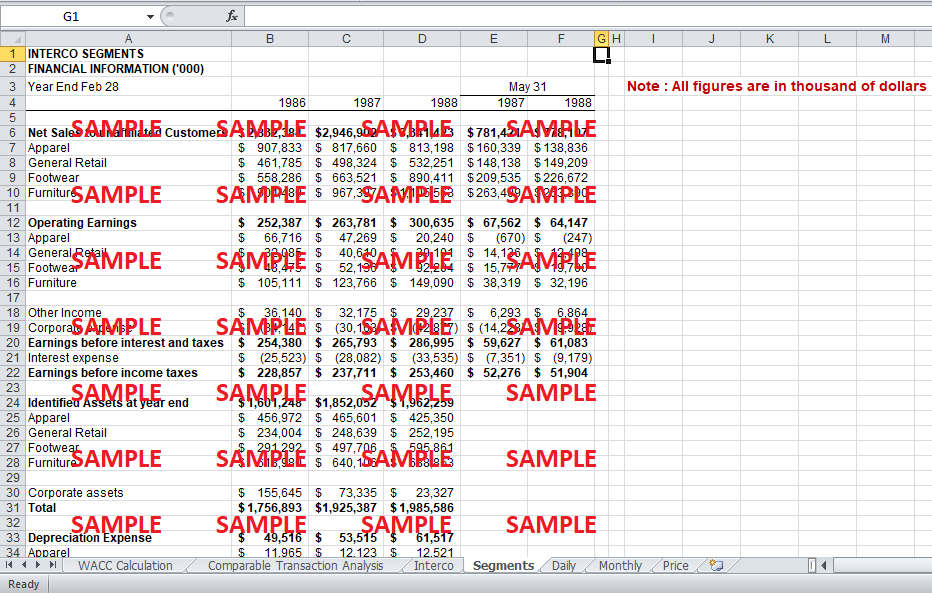 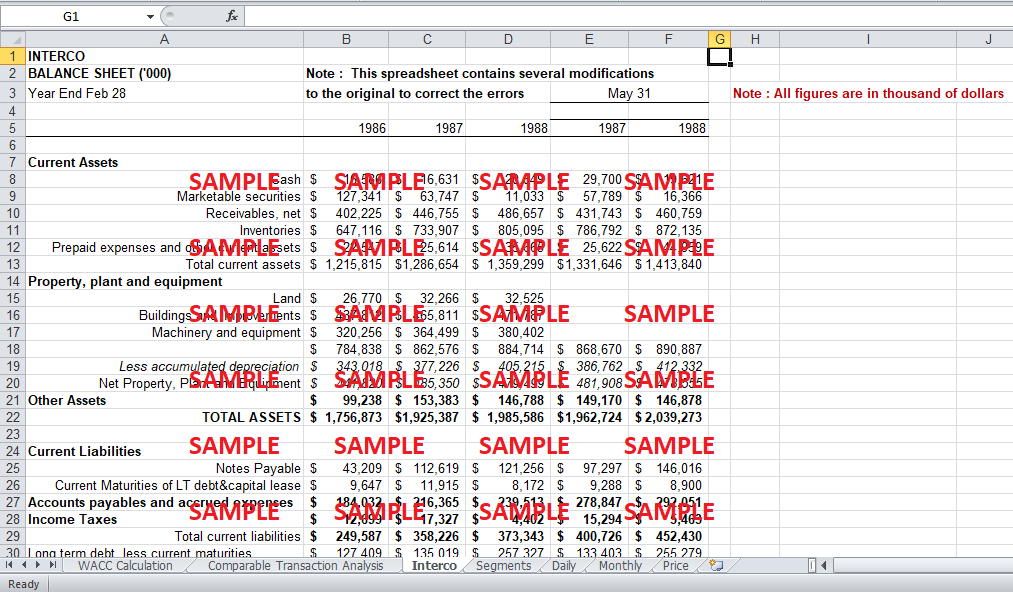 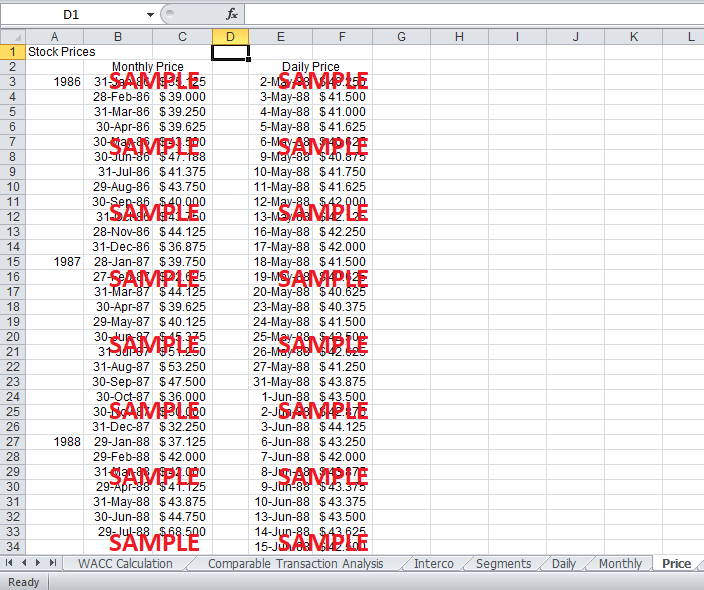 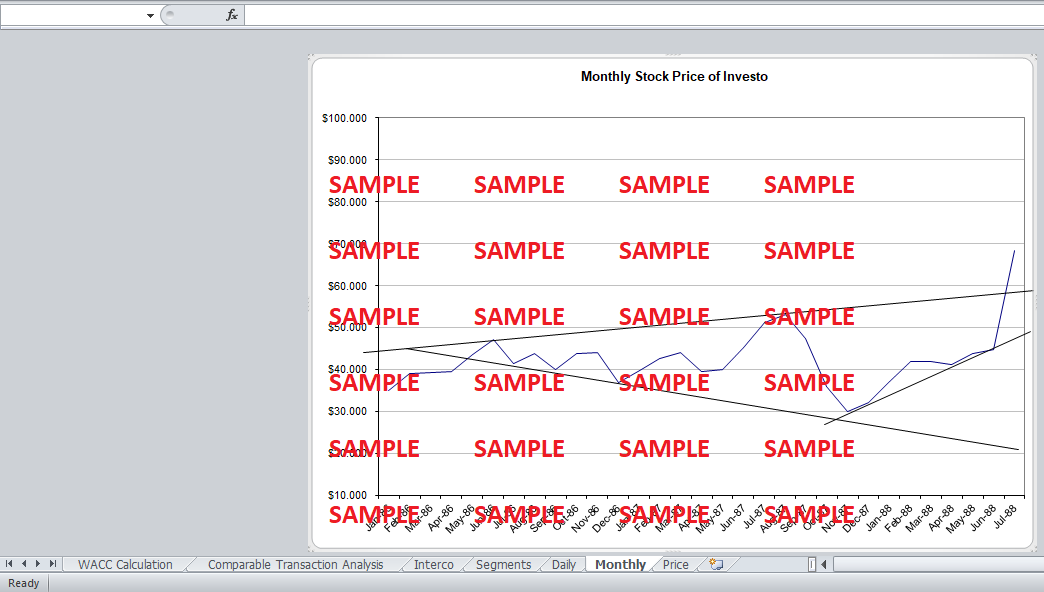 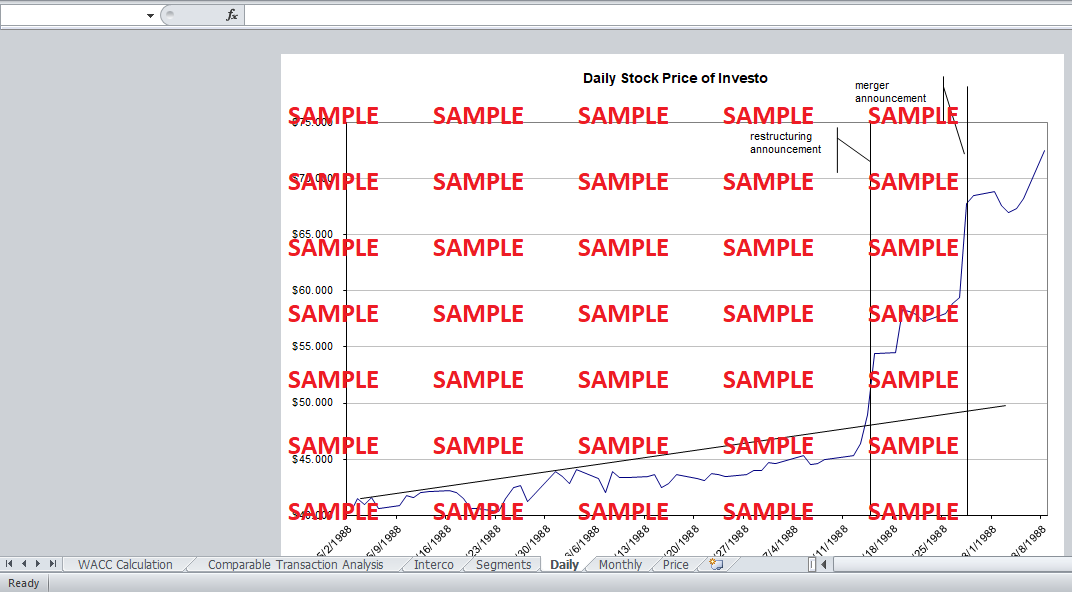 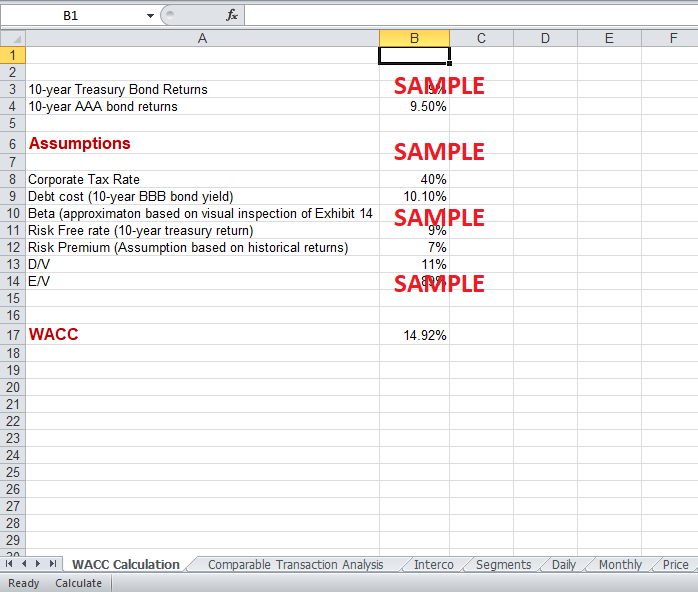 1. Assess Interco's financial performance prior to theRales brothers' offer. Why do you think the company was a target of a hostile takeover attempt?

Economic events that unfolded in recent years changed the focus and investment priorities of the company. Import of apparel from outside became relatively cheaper during 1987. That is why US apparel manufacturers suffered and lost a lot of sales. On the other hand, retailing industry in US also began to struggle due to a sudden drop in consumer spending owing to stock market crash in year 1987. Competition in the retail market increased as new retail markets sprung up and offered very attractive discounting programs. This led to decrease in the profitability margin of the company in the retail division. The combination of stock market crash in 1987 and dismal future of apparel and retail divisions of the company led the management of the company to believe that stock price of the company is fast becoming undervalued. The analysts in Wall Street were of the view that apparel’s performance will continue to grad down the stock price of the company and led to significant undervaluation of the stock of the company.

City Capital was already the owner of 8.7% of the shares of Interco. Based on highly flexible capital structure of Interco, financial advisor of City Capital was of the view that they could raise enough capital to purchase the company. That is why Interco was a target of a hostile takeover for takeover and restructuring.

2. As a member of Interco's board are you persuaded by the premiums paid analysis and the comparable transactions analysis? Why?

The conclusions derived based on the result of analysis are quite logical. However, calculations and assumptions based on which analysis has been done by Wasserstein are questionable. Therefore, it can be safely said that analysis is not accurate enough to be used for decision making and board should make more effort in making calculations and assumptions more reasonable and realistic.

Premium paid for takeover has been calculated as follows:

So, a comparison of the prices offered by the City Capital and Rale brothers to the historical trading prices of Interco shows that premium offered to shareholders of the company was less than intrinsic value of the company.

However, a more important thing for the board to consider should have been that whether the calculations and assumptions of Wasserstein are correct or not. Calculations of the median values of footwear and furniture segments of Interco are wrong in the comparable transaction analysis. Correct media values for footwear and furniture segments of the business for 1988 are $1,157,520 and $1,603,120 respectively. Thus, total value of the company based on sake for 1988 is $3,608,000. Total median value based on operating income comes out to be $5 million approximately. On the cash flow basis, total value of the company comes out to be $4,660,920 based on values for 1988.Excel sheet shows the correction in the comparable transaction analysis calculations in brown color.

3. Wasserstein, Perella & Co. established a valuation range of $68-80 per common share for Interco. Show that this valuation range can follow from the assumptions described in the discounted cash flow analysis provided (exhibit 12). As a member of Interco's board, which assumptions might you have questioned?

Decisions taken by the board of directors turned out to be wrong because many assumptions underlying the calculations used for valuation of Interco were faulty. Some of the errors are as follows:

4. What are your reactions to the roles played in Interco's situation by its board of Directors? By Wasserstein, Perella & Co?

The role played by the board of directors was apparently not very commendable because they did not take all the decisions in the best interest of shareholders.