Steve Donnie, the founder of Mountainarious Sporting Co is planning to sell premium brands which requires expansion of the outlet. Donnie needs $150,000 to finance the expansion. Donnie has applied for the line of credit at Canadian Commercial Bank and the account manager Brad Macdougal his currently reviewing the financial statements of the business. The expansion of the apparel line is expected to increase the earnings but at the same time the finance cost will also increase. Macdougal has decided to finance the expansion project and extend the working capital financing. 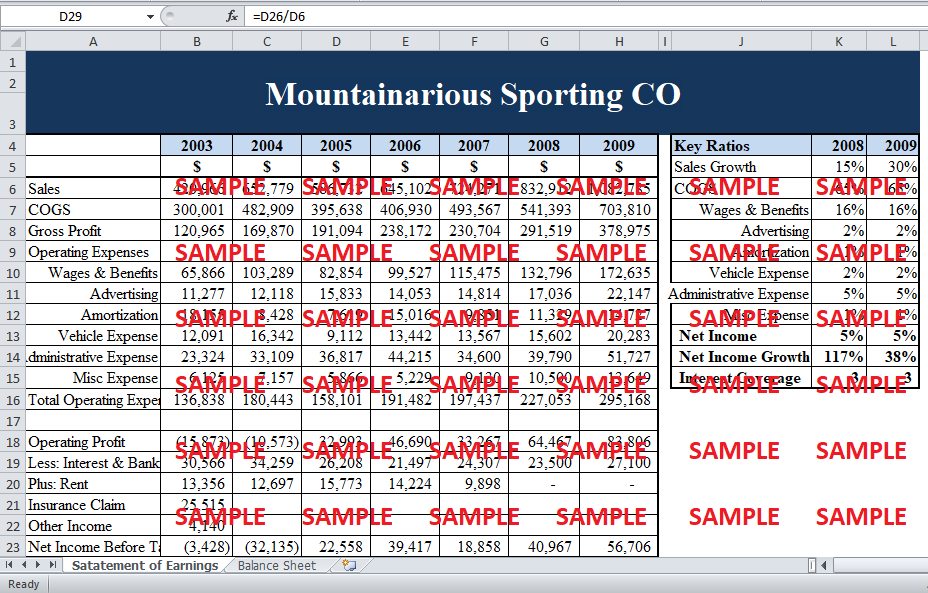 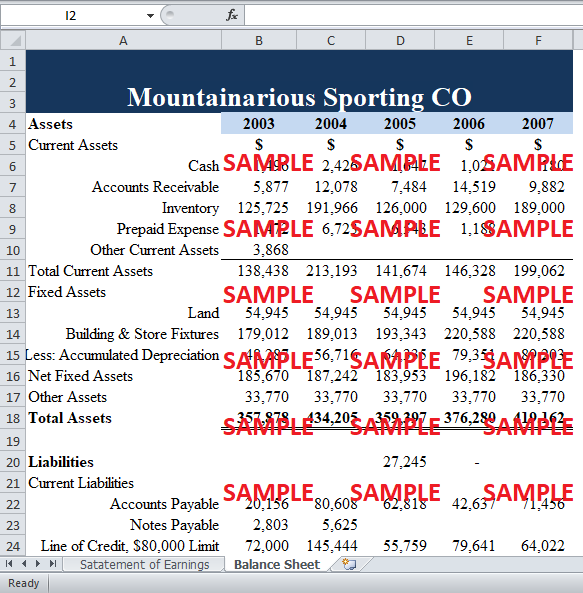 Steve Donnie, is wrestling a strategic question to expand his Sports goods store and introducing premium brand names soft goods line of outdoor sport footwear and apparel. By tapping this opportunity, Steve thinks he will be able to derive the profitability upwards and would result in sales growth of 15% in 2008 and 30% in 2009. But for this to happen, Steve had to vacate the tenant and terminate the lease. This will result in a loss of rental payments. The new apparel line would require a different strategy. If the expansion goes profitable, Donny might consider to sell his interest in the business in order to reduce the risk.

Donnie had two alternatives to finance the construction of Deviltech Outfitters and further extension of the working capital requirement.

The criteria to evaluate the feasibility of the new store would depend upon the sales that the expansion would derive. For this some key ratios are to be analyzed such as net income growth and interest coverage ratio. Moreover, some qualitative aspects are also considered. For instance, Donnie is planning to appoint his wife as supervisor of the store who has no previous experience of sports retail business. All these things have to be evaluated by Mcdougal in order to process the loan or to buy the equity in the venture.