Ocean Carriers is a shipping company with offices in New York and Hong Kong. The Vice President of Finance of Ocean Carriers, Mary Linn, is evaluating a capital budgeting decision based on a proposed lease of a ship by an interested charterer, for three years. None of the ships in the current fleet of Ocean Carriers meets the required size specifications. Therefore, Ocean Carriers would need to purchase new capesize carrier in order to take this contract.

This report performs a detailed discounted cash flow analysis to determine the viability of the purchase of new capesize carrier for the proposed lease. The next section lists major assumptions, calculations involved and analysis based on the calculations performed. 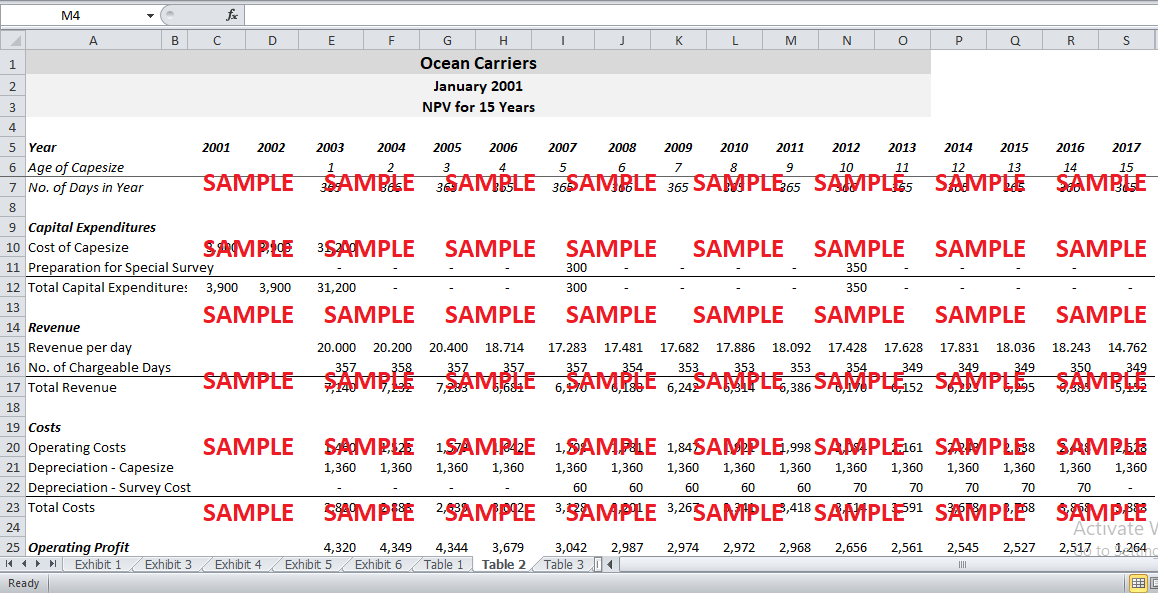 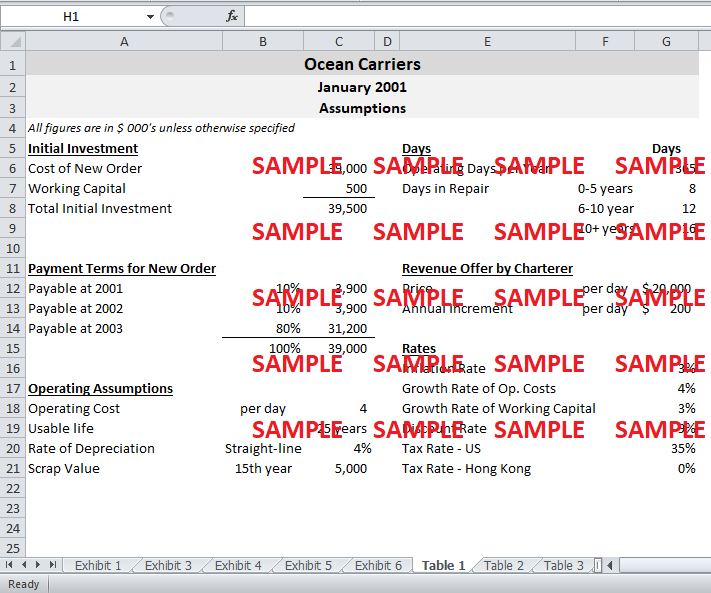 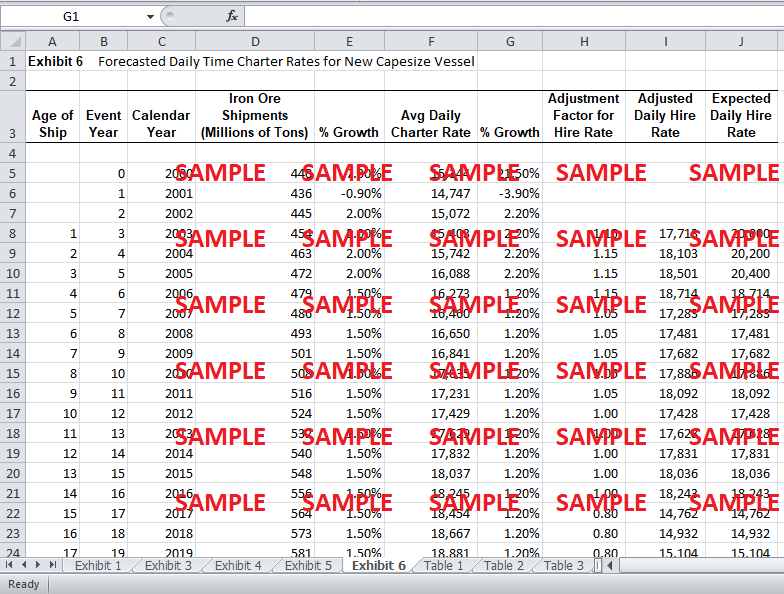 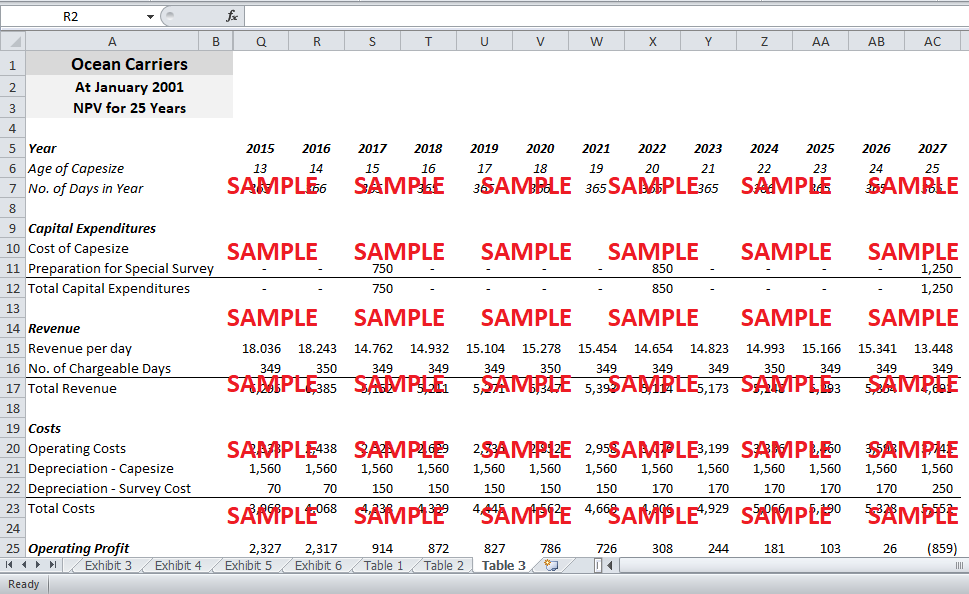 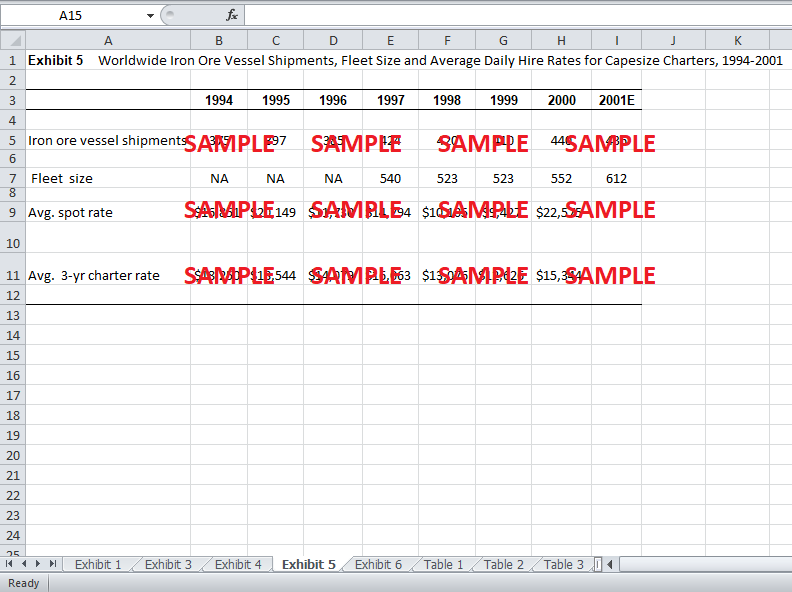 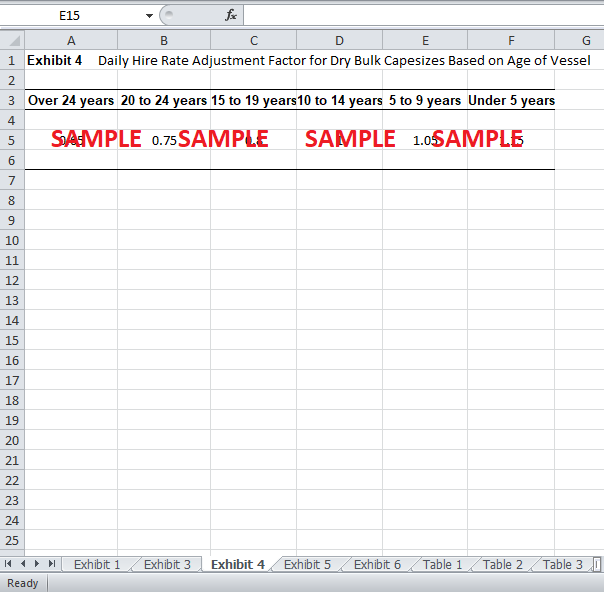 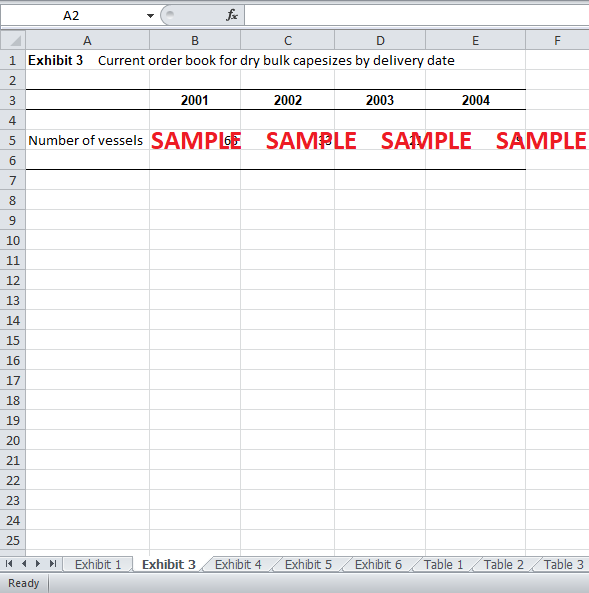 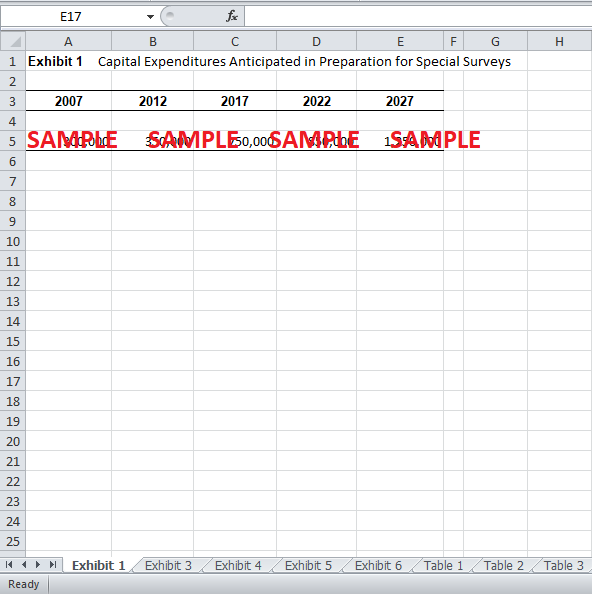 Since the interested charterer offers to pay $ 20,000 per day for the first year and increase the daily rate by $ 200 per day, these rates have been assumed as the daily rates for the first three years of operations starting from January 2003. For the years following that, spot daily rates have been assumed to be the average daily rate for calculating the revenue. Furthermore, the chargeable number of days in a year have been calculated by subtracting the number of days in repair and maintenance from the total no. of days in that year. Finally, total revenue has been calculated by simply multiplying the average daily rate as mentioned above with the number of chargeable days for the respective year.

The total cost of procurement of the new capesize carrier is $ 39 million. The order for the carrier has to be placed two years in advance which is right now. The payment of the order will be made in three parts. 10% will be paid in the 2001 and 2002 while the rest of 80% will be paid at the time of delivery, i.e. 2003. In addition, another component of the initial investment is working capital of $ 500,000. The working capital requirements will increase annually at the inflation rate and hence, the difference would need to be financed.

Another important capital expenditure is the cost incurred for the preparation of special survey. The international regulations necessitate a special survey to ensure the seaworthiness of the carriers every five years. The cost incurred before each survey is capitalized and depreciated over a period of 5 years. Moreover, the capesize carrier is depreciated on a straight-line basis over a period 25 years. Finally, the scrap value of the capesize is $ 5 million at the end of 15th year while $ 0 at the end of 25th years.

It is now time to move on to the results of the discounted cash flow analysis. Since the company has a policy of not using carriers that are older than 15 years or age, it has been assumed that the new capesize will be disposed of at the end of 15th year of its age, i.e. 2017. As a consequence, the company would not have to bear the cost of $ 850,000 for third Special Survey.