Mueller-Lehmkuhl (ML), a German company, produced of apparel fasteners. The company was founded in 1876 as a producer of shoe accessories. Over the years, the company merged with other companies and grew tremendously. They were able to produce good quality products which resulted in higher margins and technological superiority.

ML is known for its fast service and reliability of its products. However, it has been facing domestic market saturation and competition from the Japanese firm. ML has to find a way to sustain its domestic market leadership and expansion of its markets. 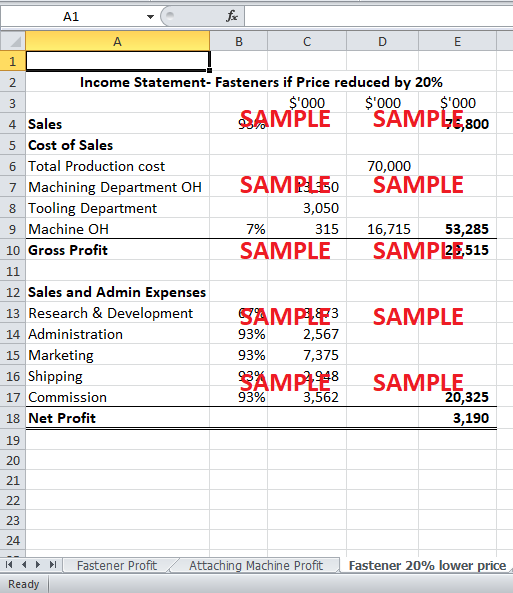 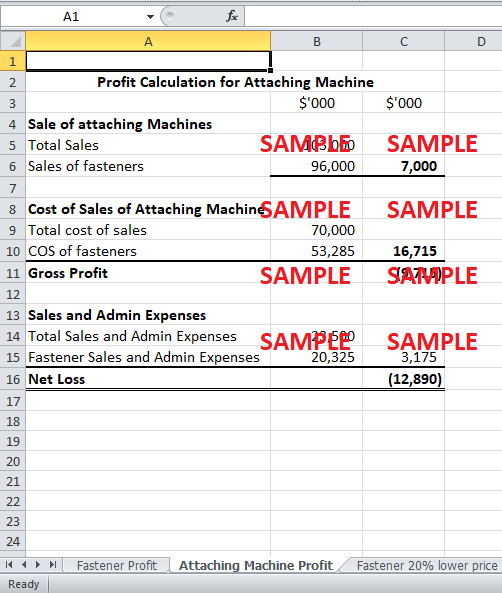 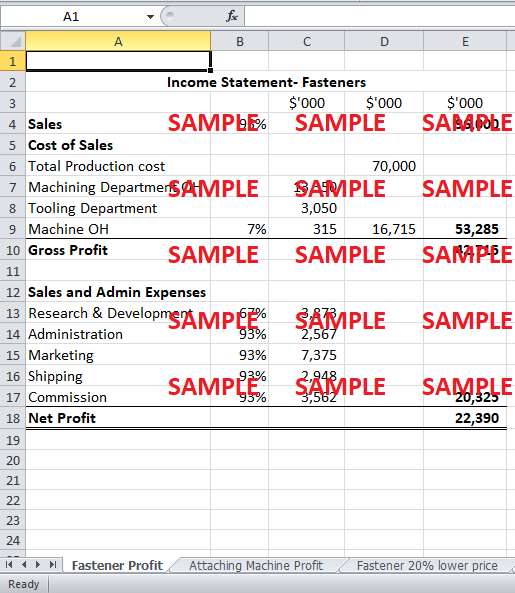 1. How much profit does Muller-Lehmkuhl make on the sale of fasteners and on the sale and rental of attaching machines?

Exhibit 1 shows the profit Muller-Lehmkuhl (ML) made on the sale of Fasteners. To calculate this we used the exhibits in the case. Exhibit 6 in the case shows that ML Budgeted sales of fasteners in all the countries are a total of $96,000,000. We also use Exhibit 1 of the case to determine the costs associated with the fastener production. From this we realize that 93% of the revenue is generated from the sale of fasteners. This was calculated by dividing the total budgeted sales of fasteners from the total budgeted revenue.

The sale/rental of attaching machines is expected to produce a loss of $12,890,000 as shown is Exhibit 2.

2. How does the cost accounting system treat the costs of designing manufacturing and re working attaching machines?

According to the new accounting system, the material, after adjustment for scrap, was charged to the product directly. Furthermore, indirect material costs are charged to material overheads. This included all the cost associated with handling and maintenance of the product. General and Material overheads are charged on the basis of the dollar amount.  For Assembly and stamping departments batch costing is used. For finishing department, process costing is used. The machine overheads were distributed based on the dollar labor cost of each cost centre. All these cost accounting techniques are appropriate to the kind of organizational activities described in the case. However, the labor costs in Assembly and stamping department were charged directly to product but were first divided by the number of machines the operator was running. This does not seem appropriate. The labor cost should be charged based on the number of labor hours worked. The new accounting system has too many cost centers. According to the case there was one cost center per machine class. This makes the accounting for the production more complicated.

The research and development cost is also not properly divided. A rough estimate has been given in the case that two-third of the research cost is attributed to the fastener but no clear division of cost is given. Additionally, no efforts have been done to determine the cost of rework in the tooling department and split its capacity between production and attaching machine tools.

From my analysis, I deduced that the numbers are not very accurate. This is because product overhead costs are not directly related to the processes which drive the cost of the overheads. Keeping this in mind, the Prong (Brass) are the best product cost estimates because they have the least assembly and stamping overheads and a large portion of material overhead that relate directly to the material. The second most accurate estimate is that of Prong (SS). For products like S-spring where 59% of the cost is related to overheads and there is no proper way of apportioning the overheads can lead to inaccurate results. As the firm has a vast variety of products, it is better for ML to adopt ABC costing for overhead apportionment.

4. What additional information would you like before giving a definitive answer to Question 3?

In order to give a more accurate answer, regarding the reliability of the product cost estimate given in the case a more detailed description about the processes, which drive the overhead cost, is required. The drivers should also be appropriately determined. It is also important that there is a division of cost between the fasteners and attaching machines production.

5. How would you change the firm’s pricing strategy to compete better with the Japanese? Would you implement this change?

Hiroto Industries, the Japanese competitors, had a 20% lower selling price than that of ML. Therefore, when HI entered European market, it was able to gain MLs customers through its various strategy and lower prices. As mentioned in the case, for ML to reduce price by 20% would be very expensive. However, ML’s fasteners quality was better.

I would suggest ML to reduce prices but not as much as 20%. ML should reduce price as much as it can while staying profitable. Exhibit 3 shows that if ML reduces its selling by 20% it will still be profitable at a profit of $3,190,000. However, ML should capitalize on its better quality and charge higher then HI. Therefore, a price cutting is required but not as much as 20%. Furthermore, ML should advertise the quality factor of its product to increase awareness among the customers about the durability of the product. This would help ML retain its customer base. ML should also desert the plan of penetrating African markets because they prefer cheap products to quality products.

The case suggests that ML had a strong R&D department. This gives ML the opportunity to produce more innovative products which are more appealing to the customers. Additionally, the attaching machines can also be made compatible with the production process of various fasteners manufacturers.