The most common and the appropriate measures of the liquidity position of a company are given by the Current Ratio and Quick Ratio. Using the balance sheet data of the company for the year 2013, the current ratio and quick ratio for the company is as follows: 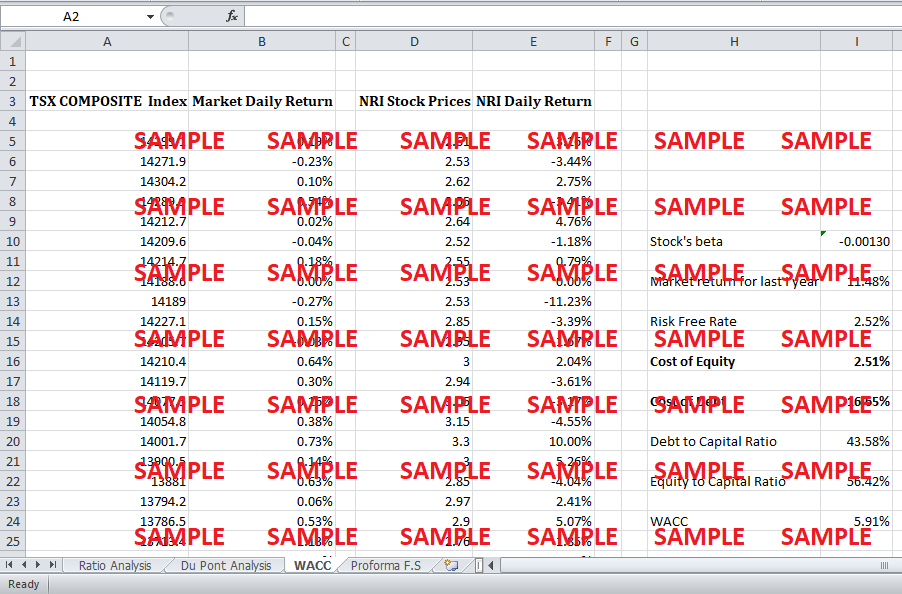 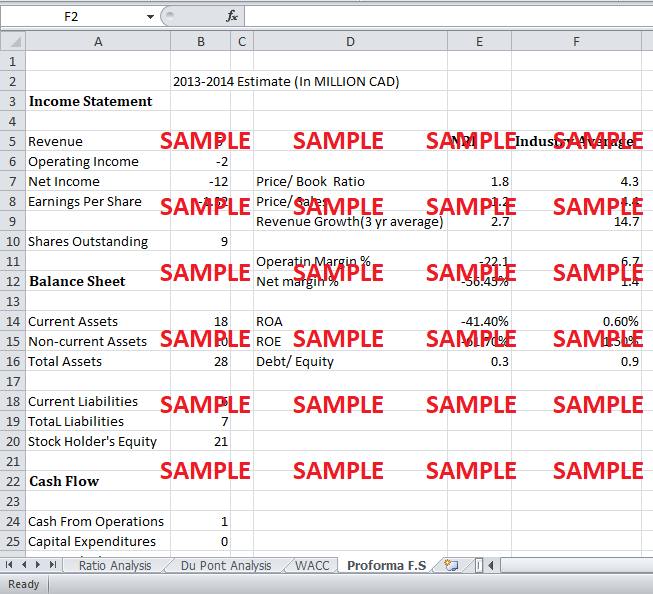 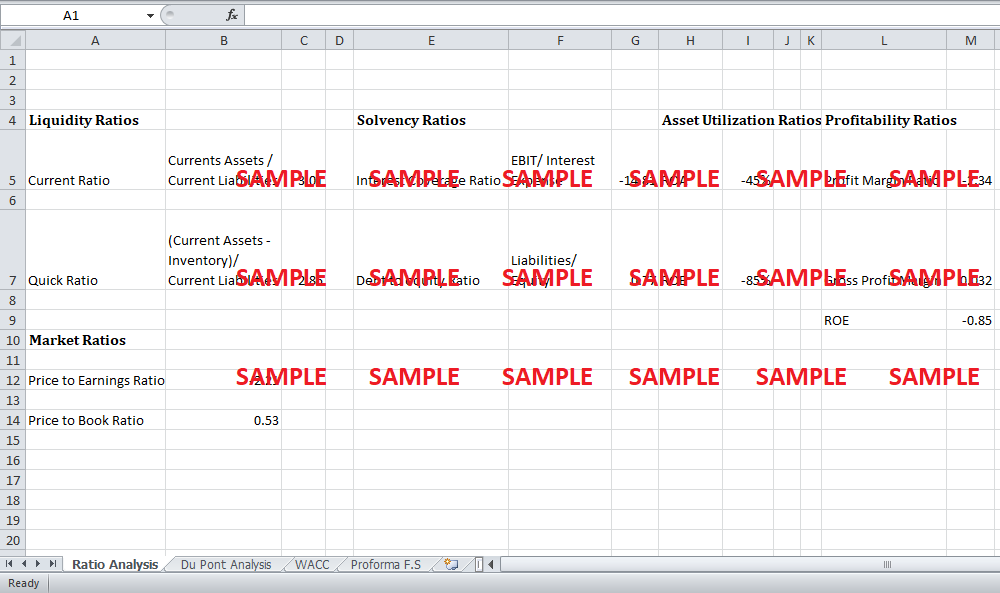 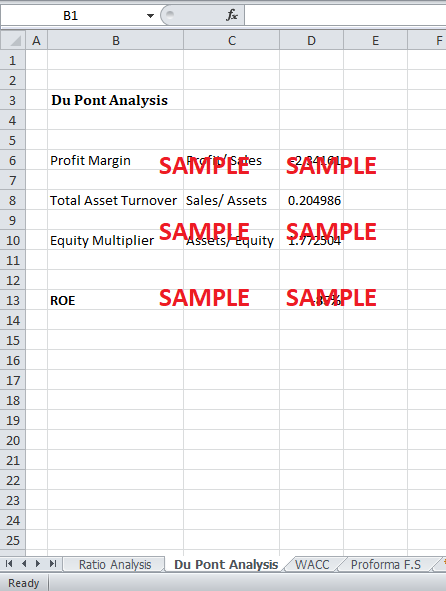 Mathematically, the DuPont Analysis can be expressed as follows:

Based on the calculations carried out in the excel sheet, the DuPont Analysis of the company shows that these three ratios give rise to return on the equity value of approximately -85%.

You include a discussion and a graph of the financial analysis or comparison of the NUVO share price on the stock exchange index. What are analysts advising investors to do in the market?

Document and explain the most recent securities issue in the context of NRI’s operating performance and market valuation.

A comparison of the key balance sheet and income statement performance indicators between industry and the company shows that the company is performing far below the other competitors and any security issue at this point in time will fail. The Price to book ratio of 0.55 shows the stock price is less than the book value due to consistent poor operational performance. However, successful launch of products like PENNSAID 2% can boost the sales of the company in the long run, but in the short run, the stock price is expected to remain stable at best.