OSI is experiencing stagnancy in the revenues. In order to cater to the needs of its customers, OSI has decided to outsource its IT infrastructure. TSI has offered a deal, but the actual financial output of the deal is still to be computed. The base case calculations show that OSI will incur a total cost of $372 million in the five years. If the IT infrastructure is outsourced to TSI, the cost comes out to be $342 million representing $29.6 million of savings. This 8 % of savings do not meet the criteria set out by OSI. However, the total contribution and operating margin of 19.81% 12.61% respectively is above the requirements of TSI. Efficient negotiations on the part of TSI can point towards the potential benefits of the project. 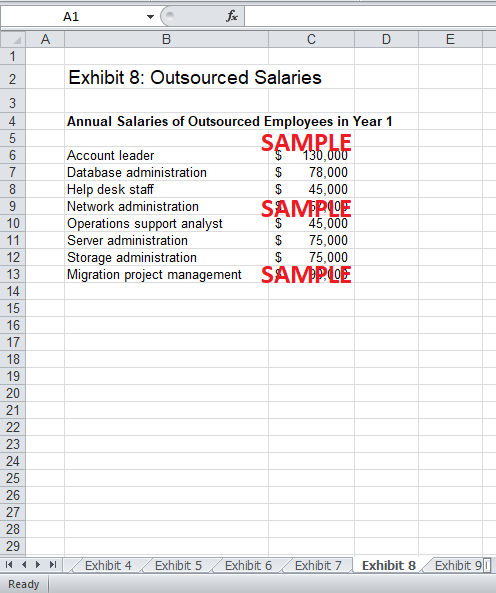 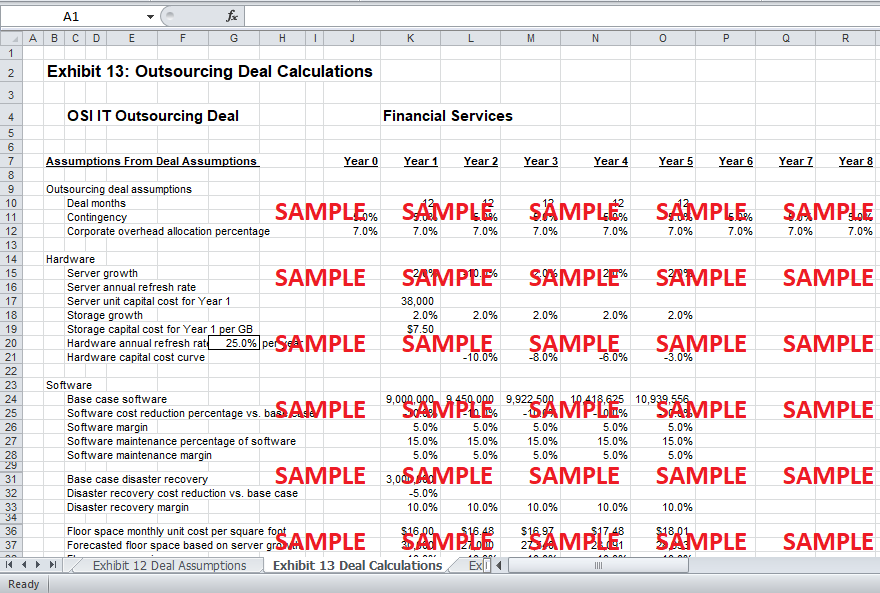 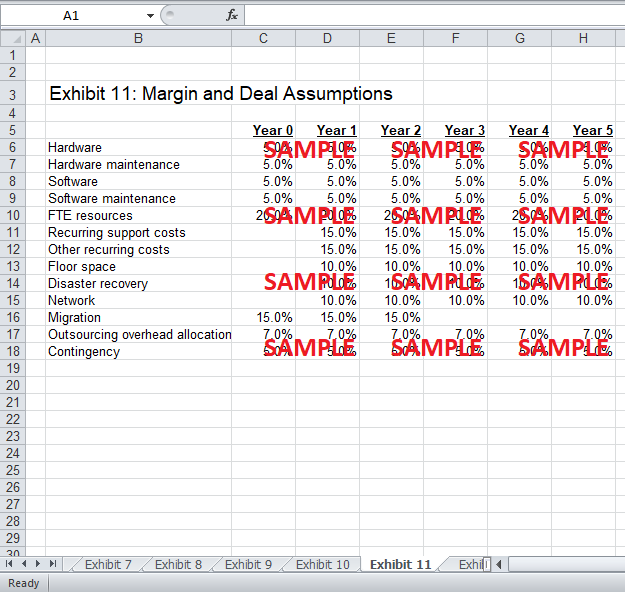 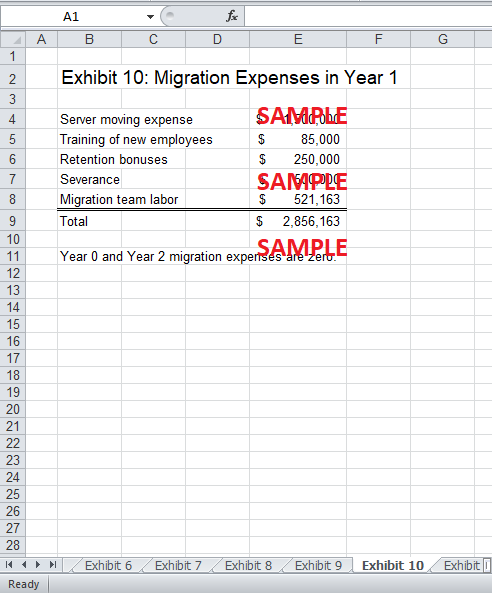 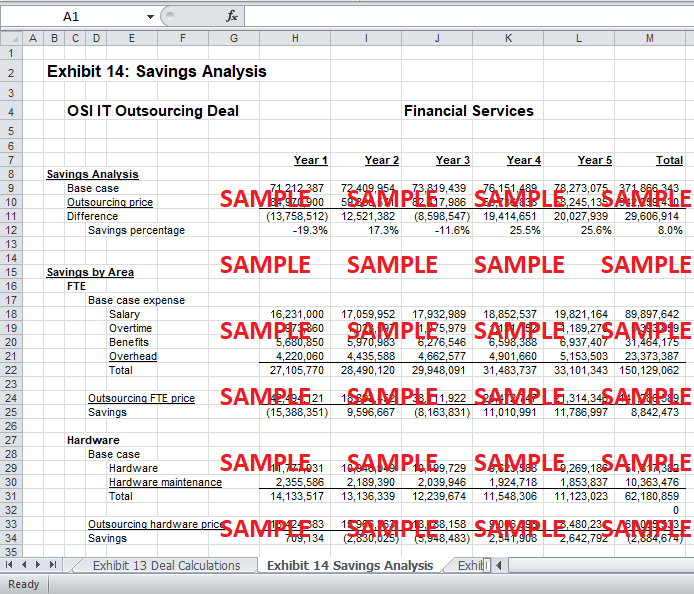 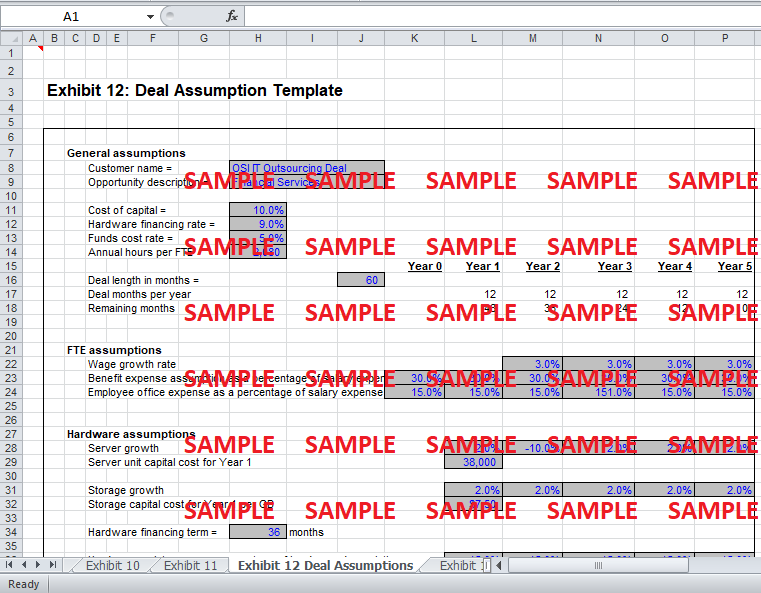 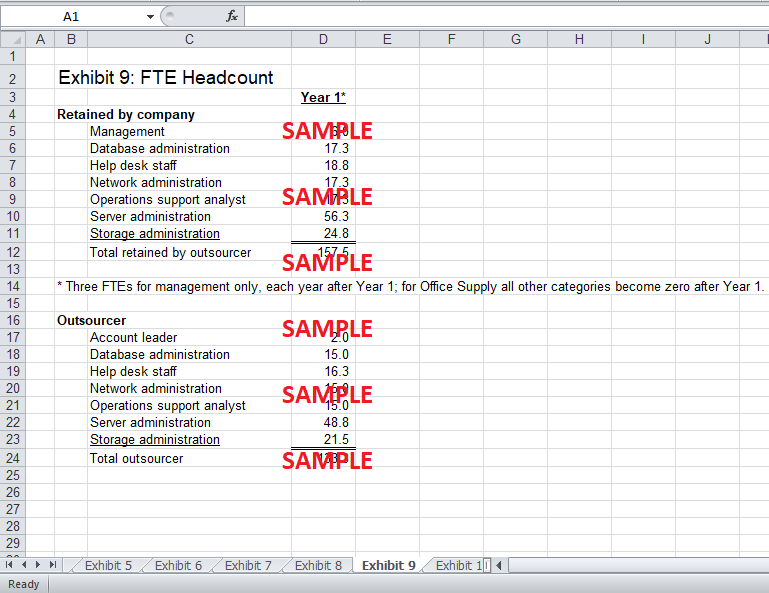 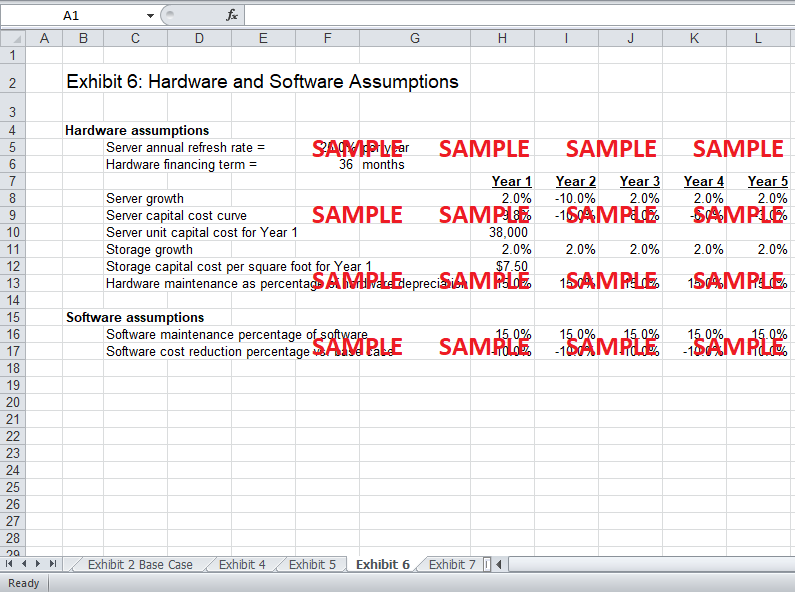 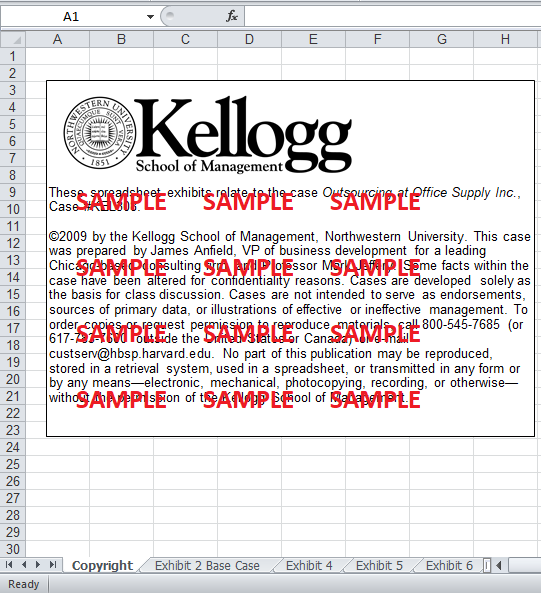 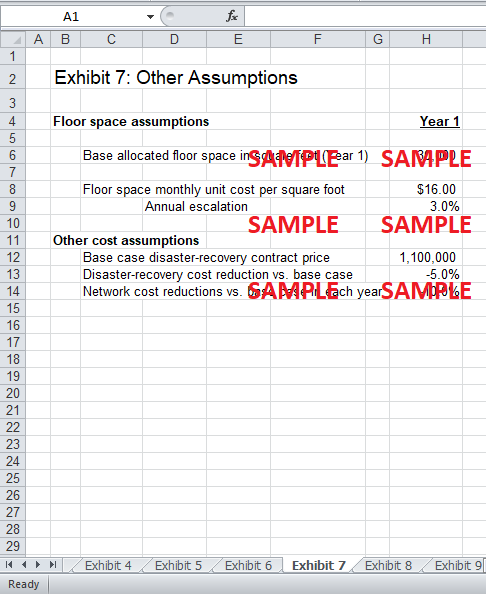 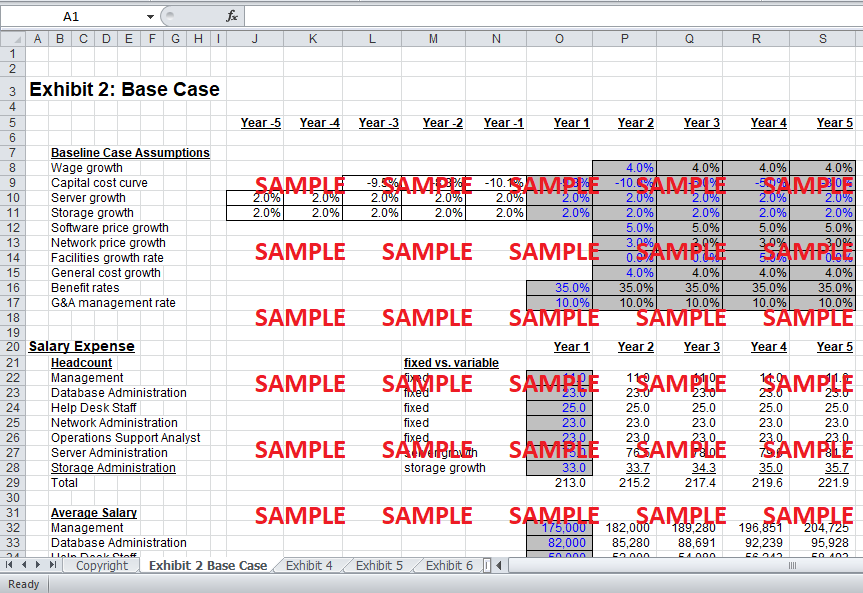 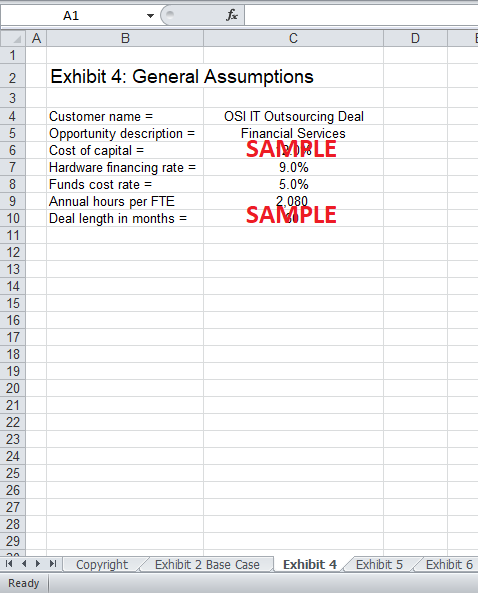 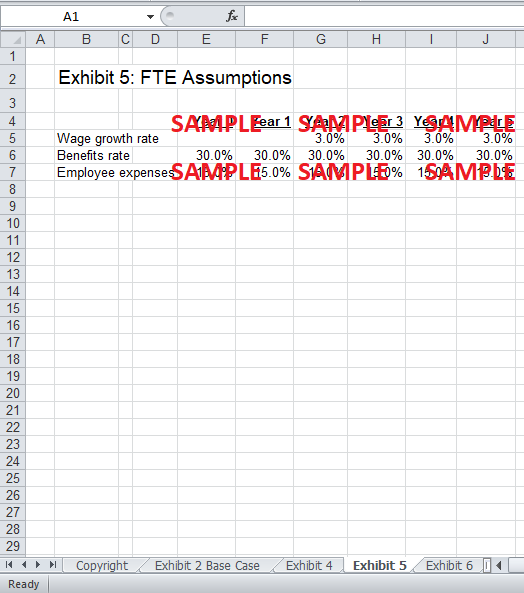 1. What are the outsourcing cost savings for OSI? Do the savings meet OSI’s requirements?

In order to calculate the costs for both cases (base case and the outsourced case), the following formula is used.

The FTE costs include the costs of salary, overtime, benefits and other related overheads. The costs of hardware constitute the hardware capital expenditures plus any maintenance costs required by it. Similarly, the cost of software also comprises of capital outlays and maintenance costs. Migration costs include transportation expenses, training expenses for the employees, retention bonuses and, etc. There are three main heads for the service costs namely the network, disaster recovery, and the related corporate overhead. There is no overhead in the scenario of outsourcing. The facility's expense mainly consists of floor expenses. The base case calculations show that OSI incurs a total cost of $371.866 million in the coming five years. The annual costs of OSI are between $70 million and $80 million. On the other hand, the savings analysis shows that in the scenario of outsourcing, OSI will incur total costs of $342.259 million. From the initial observation, it can be implied that OSI is benefited from the decision of outsourcing as the total costs it encounters, in this case, are far below than the base case costs. The actual cost savings come out to be $29.6 million.
The following formula is used to compute the percentage of costs savings:

2. What is the profitability of the OSI deal for TIS? Does it meet the contribution margin and operating profit acceptability criteria for TIS?

The profit and loss account of TSI (Exhibit 15) shows that TSI will consistently retain profits in the five year period. The following table shows the individual profitability of the five years and the consolidated profitability figures.