Pacific Grove Spice Company needs more funds for assets to support its high growth in sales. Currently, its financing is being provided by a large bank which now seems to be concerned about the large interest bearing debt on the balance sheet of the Pacific. The company is pursuing few options to decrease its debt and to fund its growth. There is an opportunity to accept an offer from a cooking network to produce and sponsor a show which would provide with some good incremental sales increasing at the rate of 5%.

From Exhibit 3, a positive NPV and IRR of around 41.28%, Television Program Opportunity seems to be a very good project. However, this project requires financing for the initial investment of around 1,440,000, and yearly investment in Networking Capital. From Exhibit 3, at the WACC of around 10%, NPV comes out be $ 3,278,174, which shows the project to be quite profitable. Even at higher WACC of 20% and 30%, NPV is positive which indicated the project to be quite outstanding to earn cash flows. 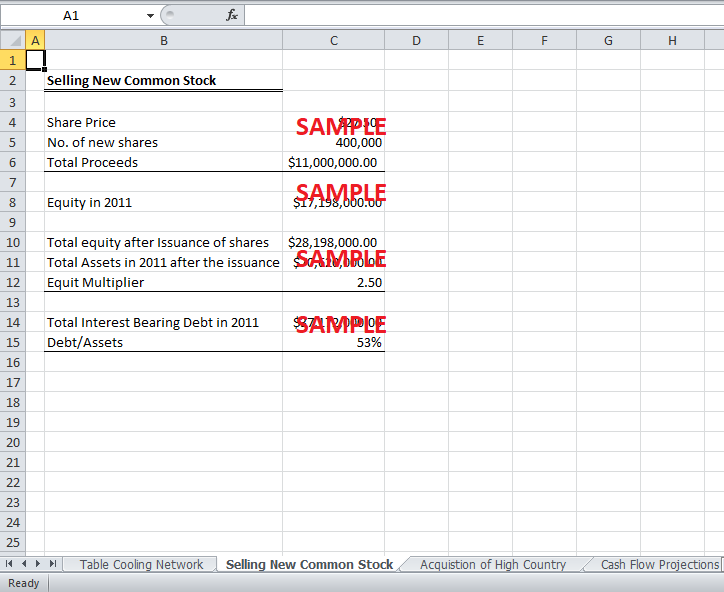 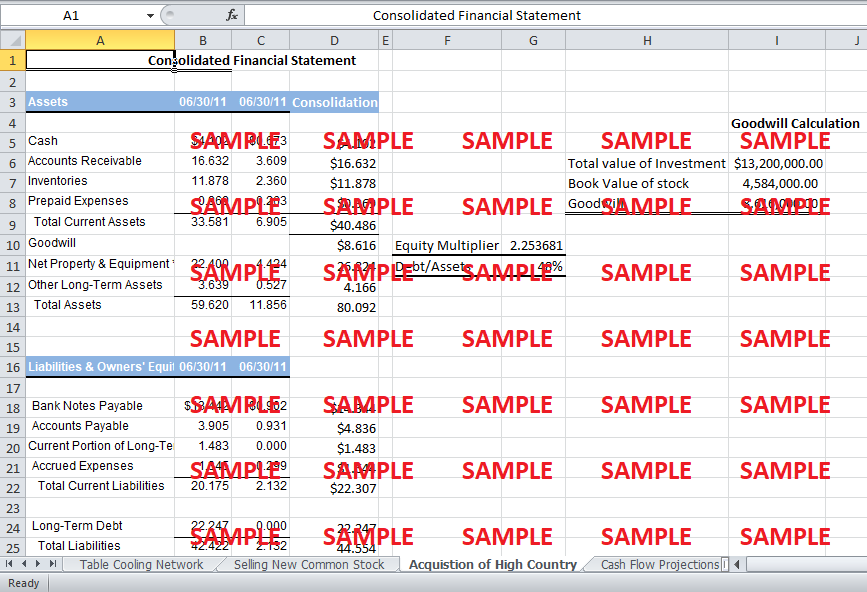 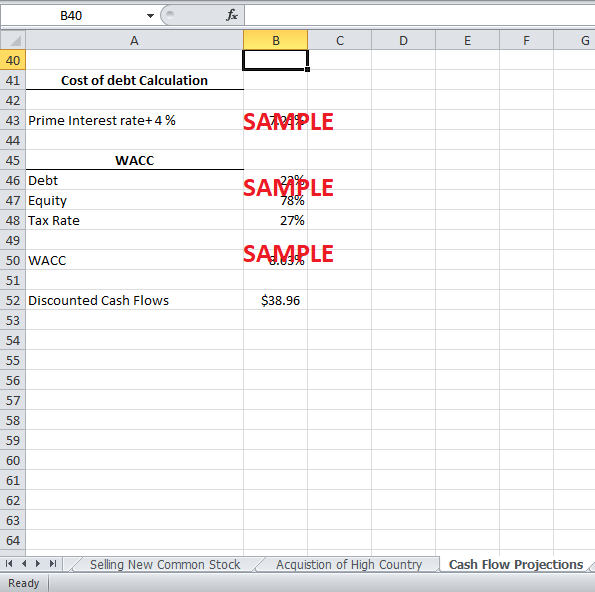 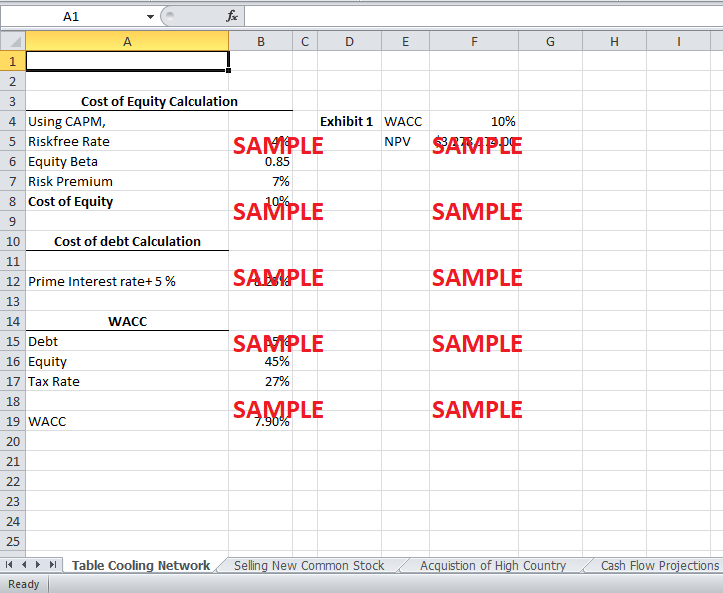 However, it is quite evident from Exhibit 3 that this project provides the cash flow stream which is not quite sufficient to decrease the financial leverage of the Pacific as per bank requirements. By adding the NPV of the project to the net worth of the company in 2011 does not change the financial leverage of the company by much. If we add the cash flows of each year to the Net Income of the respective years, equity multiplier does not decrease as per bank requirements. Financing this project would also put extra interest bearing debt on the balance sheet. However, this project still provides cash flows with quite a high internal return with a positive NPV. It can be a good investment to support the sales growth as it provides some good cash flows. Initial investment in year 0 and networking capital investment in year 1 require financing resources, which can possible as this investment does not represent a major share of the debt on the balance sheet. Pacific will have to look for financing which can be done by maintaining equal share of debt and equity.

Company has prepared the projected financial statements, which indicate that the company would meet the requirements of the bank-equity multiplier less than 2.7 and debt as a percentage of assets less than 55%- in the year 2015, which does not look very convincing. There is another option of selling new shares, which can solve this problem, but it would cause the dilution in the earnings of the Pacific. Selling the new shares will increase the assets by the amount of revenue and it will also increase the stockholder’s equity by the same amount.

Selling 400,000 new shares at the price of $ 27.50 would provide with the total net proceeds of $11 million which would increase the total equity to $28.198 million; hence, equity multiplier would be reduced to 2.5 which is much less than banks requirement in 2011. Interest bearing debt as a percentage of total assets would be around 52.63 % as now the assets have increased to $ 70.62 million.

These proceeds would help the company to reduce the debt and to support the increasing level of growth. This view supports that the company should sell new common stock to increase its equity to meet the bank requirement and also to finance its growth.

The option of selling new stock at the moment looks quite feasible as it would help the company to increase its cash flows and hence it will be able to better negotiate its terms with the bank as its requirements would be met promptly. Along with this option, company must decrease its accounts receivable and maintain a better inventory turnover. As far as accounts payable days are concerned; company should try to increase it by negotiating with suppliers to have more access to cash flows. These steps certainly would improve the financial situation of the company.

Acquisition of High Country seasoning is the best alternative among the three options as it decreases the overall financial leverage of the company. After consolidation, Equity multiplier has decreased to around 2.25 times, which is much less than the bank requirements. Interest bearing debt as a percentage of total assets has gone down to 48%.

Atwood sisters are selling their company for $ 13.2 million which require the exchange of 404,908 shares of Pacific at per share price of $ 32.60. Book value of the common stock of High Country is $ 4.584 million. So, goodwill comes out to be $ 8.616 million as a value of the pacific stock issued is greater than the High Country’s book value. While total worth of the assets is calculated as $ 80.092 million.

Total shareholders’ equity under this method has increased to $ 35.538 from $ 17.198, so certainly debt financial rations have improved a lot. Financial leverage of the company would be decreased.

Now discounting the expected free cash flows from the acquisition at the cost of capital of 8.03 %, the enterprise value of total acquisition comes out to be $ 38.96. This amount is greater than $ 13.2 million so it can be concluded that Pacific should accept the Atwood’s price and buy the company. WACC used here 8.03 % with cost of equity of 9.3 %. Equity beta used here is the average of the equity beta coefficient of the industry. As High Country involves less debt, cost of the debt used is 7.25 % (prime interest rate + 4 %). This acquisition helps pacific to achieve positive cash flows as sales would grow at an increasing rate when High Country’s spices and seasoning would be added to the larger and efficient marketing and distribution network of Pacific.