This case is basically, about the decision which South Bank (SB) needs to make. South Bank was trying to become Prime Micro Inc. agent since many years, but was unable to succeed. Now the ball is in the court of South Bank, but conditions have changed significantly. Debt to equity of Prime Micro Inc. has changed and has gone to the highest level.

Despite this fact, Prime Micro Inc. wants an overdraft limit of around USD 120 million. Risk of South Bank will reduce, as it will earn fee income and will arrange a syndicate of around 10-12 banks, providing funds amounting to USD 10 million to USD 20 million. SB has to provide USD 50 million as the initial outlay as mentioned in the deal. 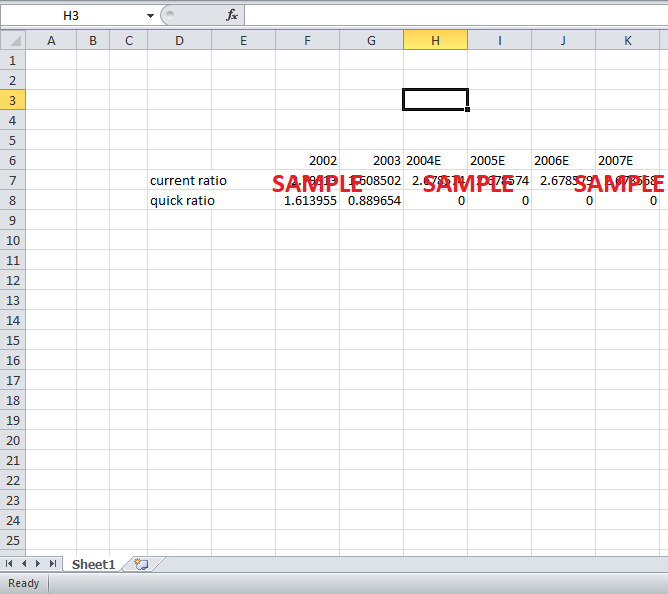 After knowing the outline of the deal, we need to do a thorough financial analysis of the firm. At the beginning of the analysis, we need to estimate returns through projected free cash flows. After commenting on return, we will discuss risks of the firm which include technological risk, credit risk etc. Cash flow projections attached in Exhibit 2 of the case shows sales growth is assumed to be increasing at 15% each year.

It is very hard to be optimistic for future four years, after seeing the dot com bubble burst. Secondly in a rapidly changing technological environment, it is very much difficult to achieve double digit growth figures. Historically, Prime Micro Inc. is growing at good growth rate and its recent acquisitions are a good sign for growth. It is not wrong to say that the technology Industry is highly unpredictable.

If we dig into expected capital expenditure, it is expected to increase. Cash flow from investing activities is currently negative, suggesting that Prime Micro Inc. is a growing company. This investment is also expected to bear fruits, as soon as dual core processors are launched in the market. All of these prospective quantitative facts will result in higher returns; obviously higher risks are also attached. Past products have been successful, and cost leadership is the strategy followed by Prime Micro Inc.

Copying the past product launch, we will see that future launches have a higher probability of success. We should note here, that during past launches; product of Intel was actually reversed engineered. At the moment, Prime Micro Inc. is launching an entirely new “dual core processors” series, which has more risk of failure attached.

Analyzing the situation further we come to know, that in projected financials actually gearing ratio is decreasing sharply to 0.76. Interest coverage ratio is expected to increase slightly to 2.5 times. These projections are indicating that the current position of Prime Micro Inc. is very strong. Risk attached to the differentiation strategy are expected to decrease in the near future, and capital structure will change drastically, lowering gearing ratio to more than 10%, leading it to be around 76%.

As an agent bank will not be exposed to Market risk, because it will only provide leverage through overdraft lending. However, it can be counter argued, that how will more equity be generated, or how will Prime Micro Inc. reduce its gearing ratio. These questions are critical, because loan pay off exposes stock holder to increased level of risks.