The investment in Western Harbour Tunnel Company Limited is moderately risky as evident by the financial ratios calculated for the years FY2005 and FY2006. Although, the turnover of the company is constantly growing except for FY2003 in which the turnover fell to $600,830 in FY2003 from $642,932 in FY2002. The current ratio of the company is 0.13 for both 2005 and 2006 which indicates that there are not sufficient funds in the company to meet the short term liquidity requirement. 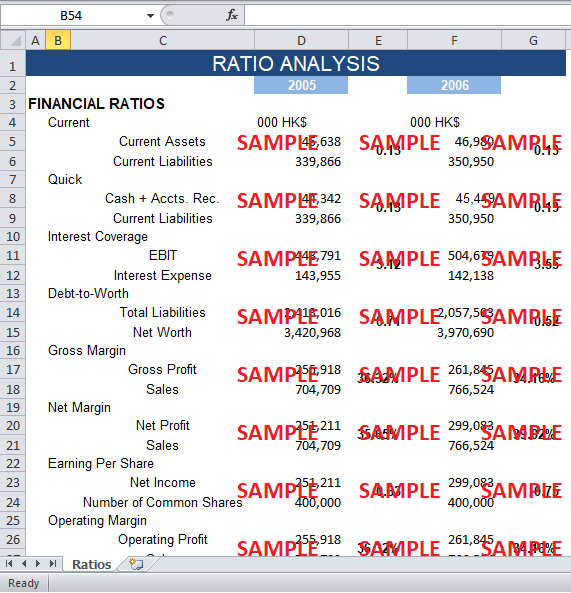 Based on the liquidity ratio, it might be suggested that the company possibly face liquidity issues in the coming future. The quick ratio for both years is also showing the same as there are negligible inventories which are held by the company.

As it is proposed that debt financing will be a significant component of the total acquisition value of the company. The debt holders will be better off from this deal as evident by the interest coverage ratio. The interest coverage ratio for 2006 is 3.12 which is marginally satisfactory. It indicates that the company can entertain the markup outstanding on its debt facilities. Hence, it provides a cushion to the bond or debt providers. In addition to that, current financial leverage of the company is low which highlights that the company can avail further debt financing without significantly increasing its financial risk.

The operating profit margin of the company is also healthy and the company successfully able to report an operating profit margin of 36.32% in 2006. However, the earning per share is considerably low which shows which might be the cause of repelling major buyers. However, the return of assets is on the relatively higher side. Same is the case with the return on investment which has an increasing trend.