Wellfleet bank faces credit risk because of its syndicated and leveraged loans, and it is expanding its corporate banking business into these market segments. Wellfleet undertakes the deals in the range of $500 to $750 million along with some proposals of around a billion dollars which certainly exposes it to the default risk.

It also carries the operational risk as there is a lot of hierarchy and compartmentalization of the risk assessment. Different officers have been given credit limits and then if exceeds that credit limit, the Group Credit Committee, the highest form of the credit approval, will make the decisions. There are separate risk discussions and risk committees, which make the process quite slow and very inefficient, as well. There is no involvement from executive management. This whole risk management execution process creates an operation risk for the Wellfleet. As there is no explicit upper limit to the Group Committee’s authority, and also there is not much involvement from CEO, for proposals with high credit limit, certainly there exists a credit risk, as well. 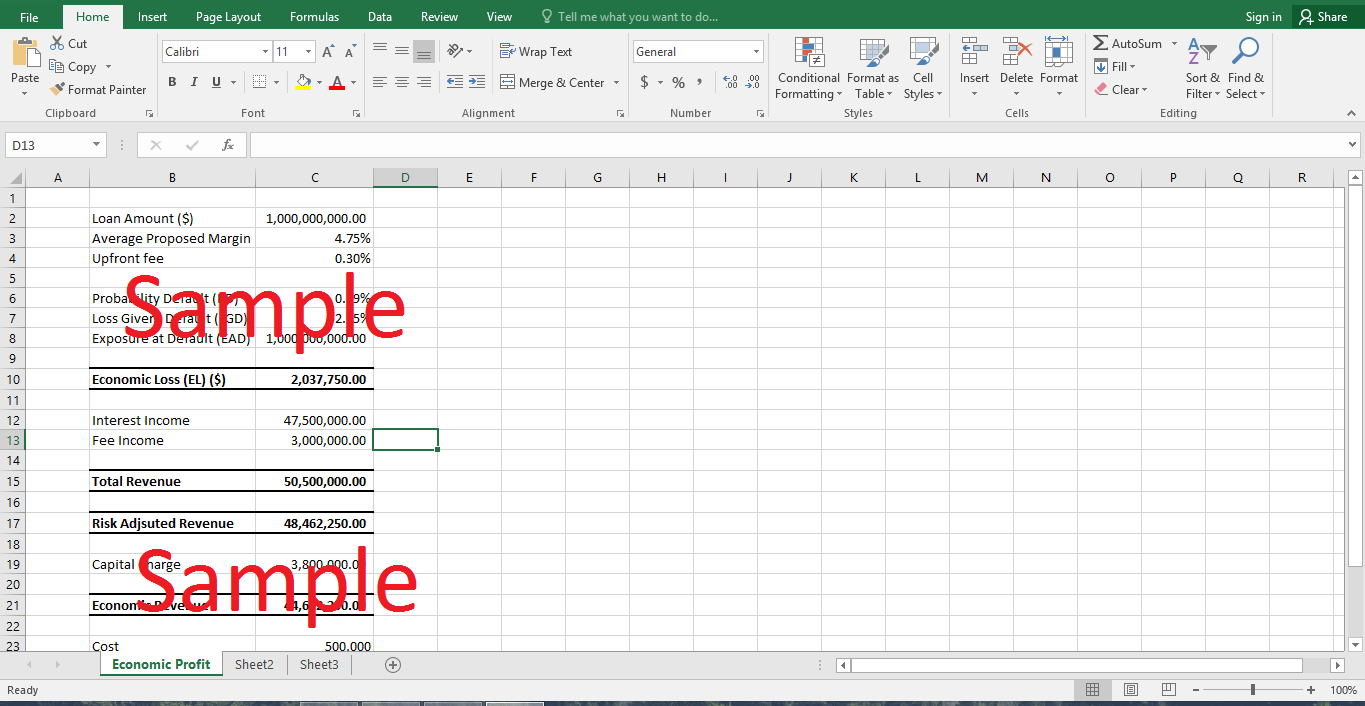 It faces reputation risk in case if it fails to deliver on a deal or proposal of high importance, which puts it at quite a high risk. There have been new regulations (Basel II Accord and guidelines), which require banks to set aside and manage the capital reserves according to the riskiness of the activities, and as this bank undertakes quite big and risky deals and hence regulatory risk would be there. As far as the banking sector is concerned, there is also market risk because of the financial crisis. There also exists concentration risk due to less diversification as the corporate banking is responsible for around 58% of pretax profits with around 78% of asset employed in 2007.

Given the Wellfleet’s new focus on large corporate deals and its need to recruit relationship managers from investment banks, what are the challenges for the risks culture of the organization, and its style of the risk management in particular?

The major challenge here for the Wellfleet is its “Alpine Pass” approach towards the risk management. Here if loan exceeds the credit limit of a credit officer, he has to pass on it to the senior credit manager. There is sign-off at the each level of the hierarchy, and for the bigger deals Group Credit Committee takes the decision but still requires the sign off from a senior credit officer and a regional credit officer which makes the whole execution of the risk management process very time consuming and responses to clients are certainly slowed. There could be disagreements between risk officers and client relationship officers over some proposals as business units do not think about the risk management while risks analysts do not consider the business viewpoint. This hierarchical culture and the style of the risk management create the major challenges for the risk culture of Wellfleet and relationship managers consider the whole process very slow.

What is your decision regarding the proposal at hand?

Proposal is quite a high risk deal. Gatwick Gold Corporation is a risk company exposed to many risks. Its total debt to EBITDA was around 800% in 2007 while EBIT to interest expense is -3.1% in 2007 which shows a risky credit position of the company. Its Wellfleet grade is 5B with quite a high probability of default which shows a poor credit position. Its financials also present a high risk position of the company with return on equity of -23%, negative net income, and negative cash flows from investing activities. Labor costs in South Africa, which are around 42% of production, are increasing by 12% per annum which shows huge costs in the future for the company. South Africa, with 42% of the production, also presents quite a large political risk. Hence, by looking at these numbers and the whole situation, proposal seems to be quite risky, presenting a huge default and credit risk.

Calculate the expected loss, Economic Revenue and Economic Profit for the proposal?

Expected loss is about $2.037 million, using probability of default of 39bp (Exhibit 2) and Loss Given Default of 52.25%. Average proposed margin is 475bp and upfront fee is 30bp and hence total revenue is $50.5million. Risk adjusted revenue comes out to be $ 48.462 million. After subtracting the capital charges of $3.8 million, Economic revenue is $44.6 million, and after the subtracting of the cost and tax, Economic profit comes out to be $32.16 million.

Analyze the risk management process at Wellfleet. What suggestions might you make to the CEO about the improving the process?