SUPERMAR, created in Canary Island, Spain in 1980s, had become the main supermarket by 1990s with more than 60 establishments, two warehouses and a head office. The quality of perishable products, a wide variety of non-perishable food products and extensive policy for customer service formed the core management policies at SUPERMAR. However, due to severe competition from hypermarkets such as Mercadona, Alcampo, Carrefour, etc., growth had slowed down. Furthermore, the market was already saturated, and growth could not be achieved by opening new stores.

The CEO and CFO of SUPERMAR decided to expand outside Canary Island by acquiring a firm in crisis, EBROSA, to rescue the family business. Facing the acquisition decision, the chief financial officer wanted to prepare a detailed valuation report for the target firm. Below are the components of the report. 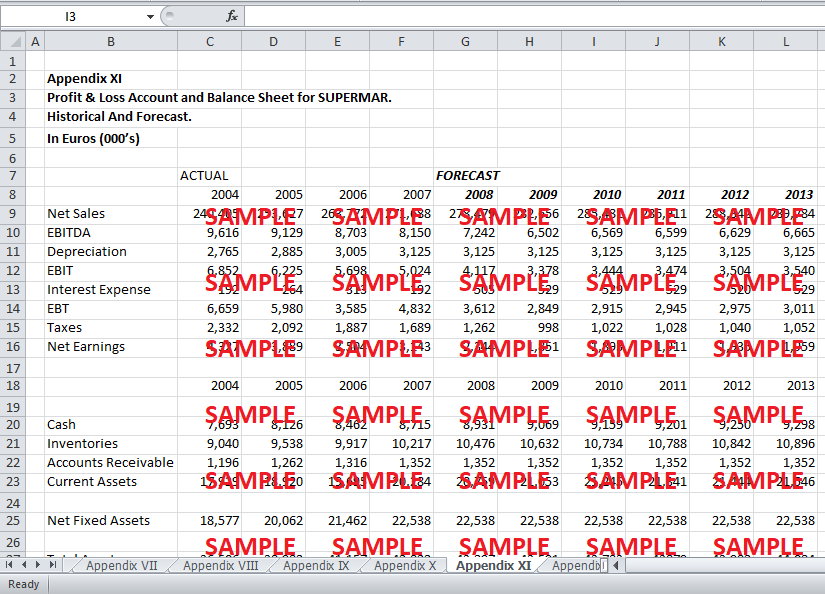 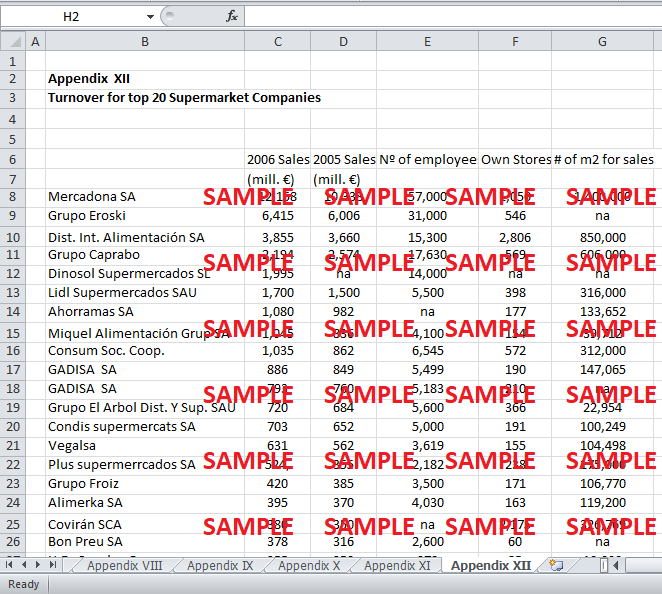 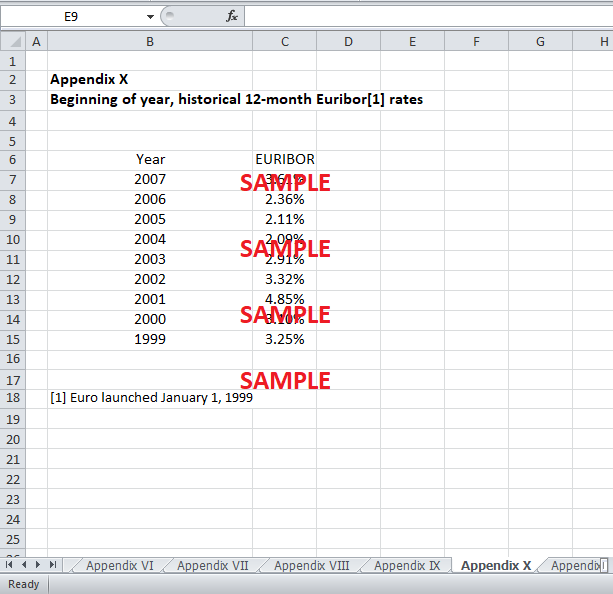 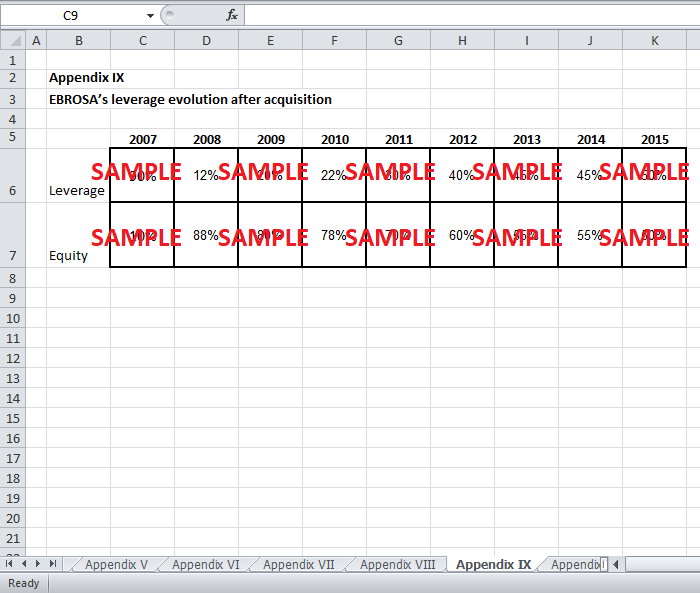 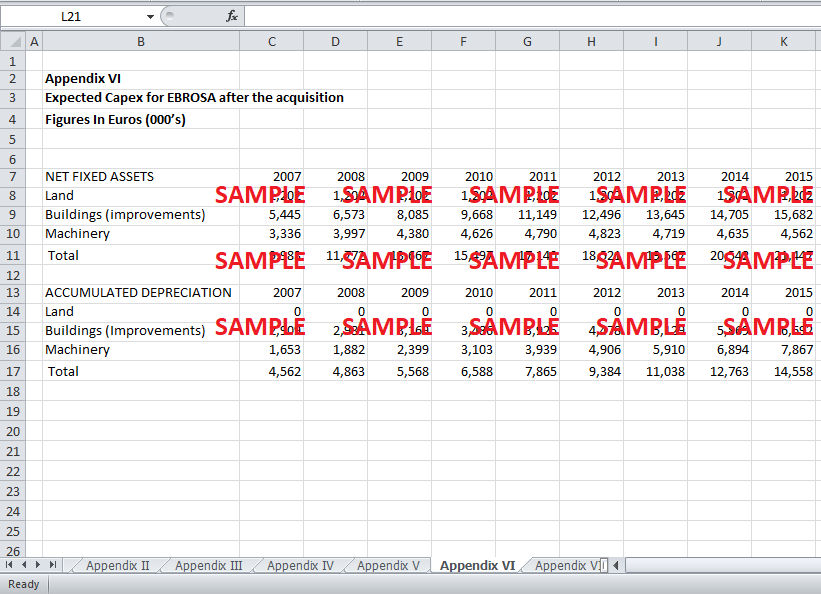 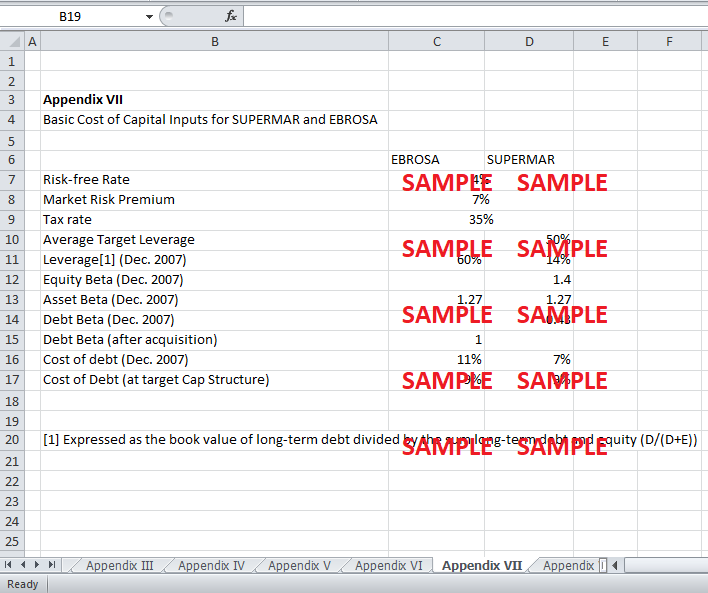 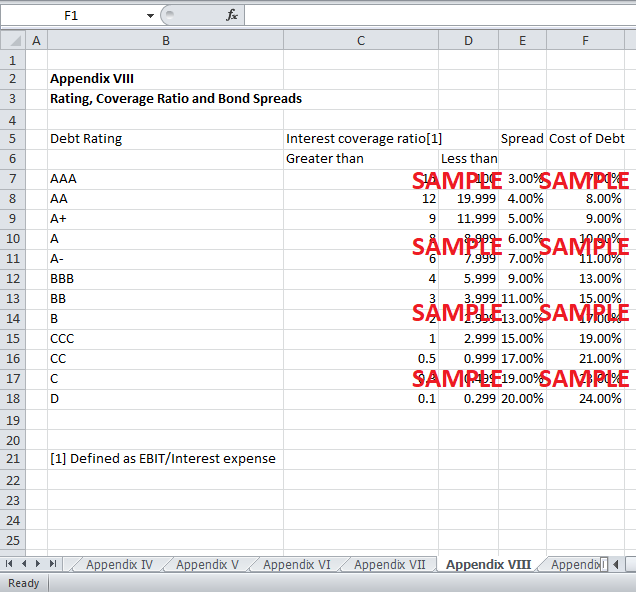 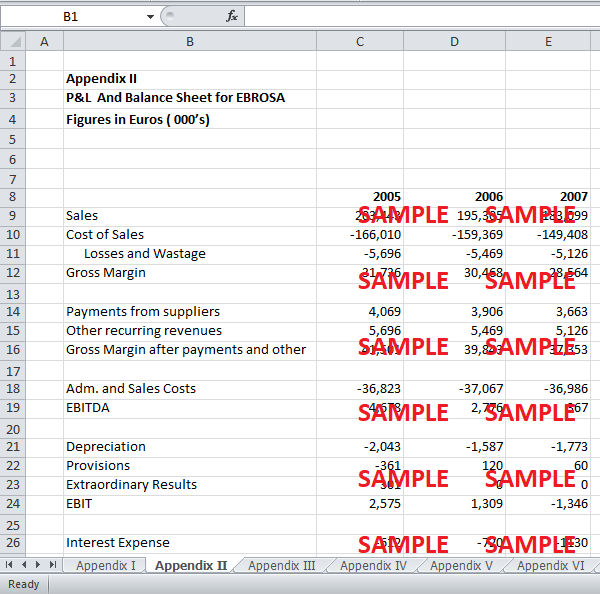 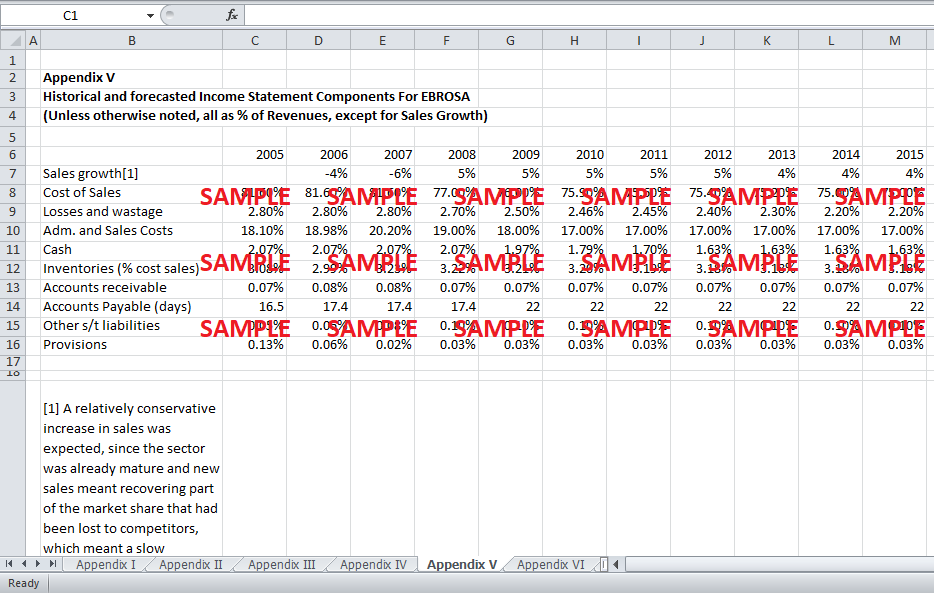 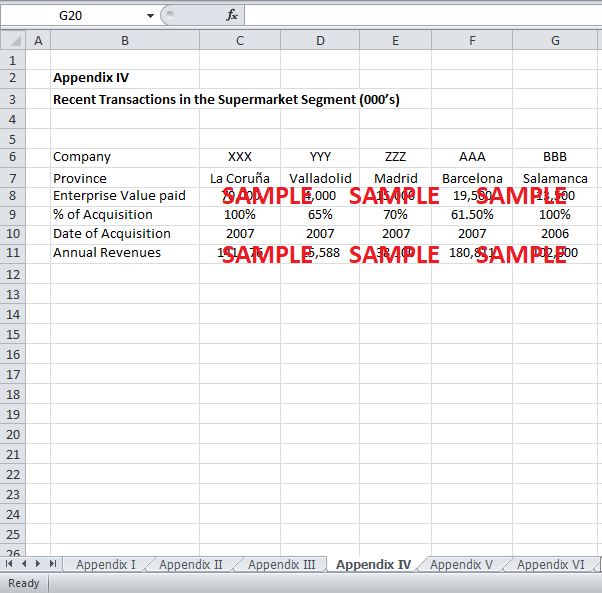 The discounted cash flow approach has been used to calculate the value of the firm (see excel sheet “Question 1a”). Firstly, expected operating cash flows have been obtained by subtracting taxes from and adding depreciation expenses back into the projected earnings before interest and tax expenses (EBIT). Secondly, the weighted average cost of capital has been used for discounting the operating cash flows, which has been calculated using the following formula:

The values for all of the parameters in the above-mentioned equations have been obtained from Appendix VII. Using this WACC, the operating future cash flows have been discounted, and the net present value of SUPERMAR is €55,706. The value of equity of SUPERMAR is €53,458.

The third cause for the valuation of the firm, SUPERMAR, assumes that the company achieved its target capital structure progressively, as opposed to immediately as in the second case (see excel sheet “Question 1c”). The evolution of the capital structure has been taken the same as in Appendix IX. The weighted average cost of capital has been calculated using the same formula as mentioned in the first section, using the cost of debt as 9%. Under this arrangement of capital structure, the value of SUPERMAR comes out to be €66,946 while the value of equity of the firm is €64,698.

The stand-alone value of EBROSA is calculated using a relative valuation approach (see excel sheet “Question 2”). The value has been estimated using the financial statements of EBROSA from Appendix II, the commission report from Appendix III and transactional data from Appendix IV. According to the available transactional data, the multiple used for relative valuation is EV/Sales i.e. the ratio of enterprise value to annual sales of the company. The ratio has been calculated for each company that was sold in 2007. The average of these ratios has been used as the multiple using the following formula:

Value/Sales of the firm = Industry ratio

Furthermore, SUPERMAR is willing to offer a price of Assets-Current Liabilities = €13,571 for EBROSA to the venture capitalists. The valuation of EBROSA using relative valuation approach shows that the value of the firm is more than the bid. Consequently, the deal will be profitable if purchased at €13,571.

To ensure comparability a detailed discounted cash flow analysis has also been done for EBROSA’s stand-alone valuation (see excel sheet “Question 2a” and “Question 2a”).