Get instant access to this case solution for only $14

GST Inc was having a tough economic year as its stock price was falling which is why its data warehousing technology provider proposed data mart consolidation as a potential solution. However, the management was reluctant to invest in it as long as they were guaranteed a reasonable return on their investment and generation of positive value for the business. 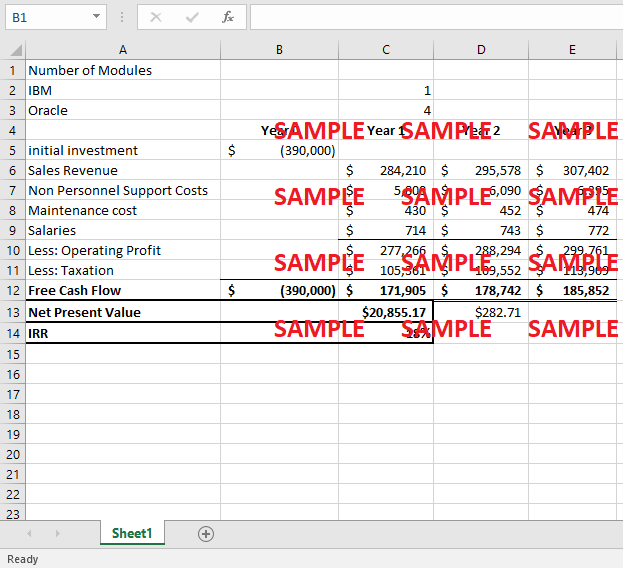 The plan was to run a pilot test by working on the five modules, four of which will be Oracle and the fifth be IBM to see the success of data consolidation in producing positive value for the business. The required weighted average cost of capital for project investment is expected to stand at 14%. Hence, for the project to be acceptable, the Internal Rate of Return needs to be greater than WACC as then only the business will be able to benefit from increased returns.

Based on the financial analysis of the proposed investment project, it can be seen that the IRR of the project is coming to be 17.7% which is higher than the weighted average cost of capital which is equivalent to 14%.

Get instant access to this case solution for only $14

Get Instant Access to This Case Solution for Only $14

Save $11 on your purchase