Texas Business Group, a very large US based Private Equity firm are now facing a serious dilemma that whether it should sell J Crew or should it retain it. J.Crew was acquired by Texas Business Group in 1997 through a leveraged buyout where the owners injected $ 125 million of their own equity, and the rest of the fund was obtained through debt. The total cost of the acquisition was $ 528 million. J Crew performed contrary to owners’ expectations during the first year of its acquisition, as the company earned $ 834 million revenue and $ 34 million earnings before interest and taxes while they expected that the company would earn $ 859 million in revenue and $ 54 million earnings before interest and taxes. 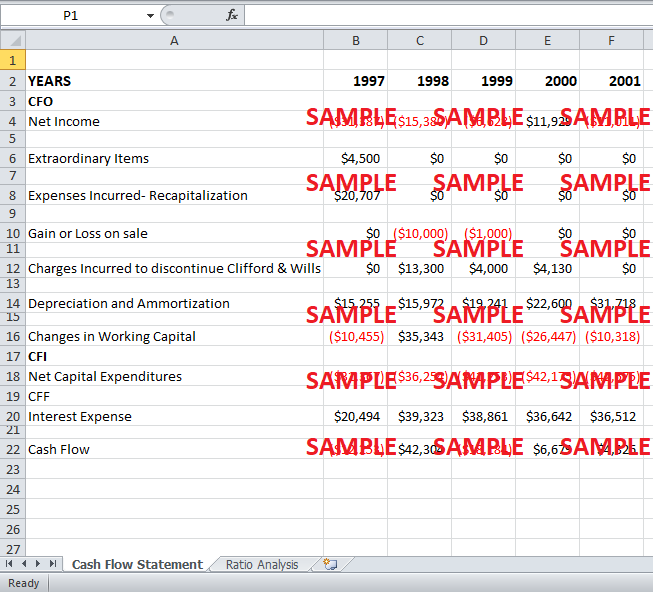 The loan that the company took consisted of $ 150 million long-term debt with an interest rate of 10.75%, a $ 75 million debenture at 13.15% interest rate and a $ 70 million term loan. No payments on the $ 75 million debenture would be made until 2003, when the first payment is due of all the previously accrued interest. The debt obligations also required certain obligations to be fulfilled by the management, so that there would be very few chances of default. The management had to maintain up to a certain percentage of its interest coverage and debt ratio as part of the bond covenants.  Also, the company will have to pay its preferred shareholders' dividend, which they had held until then.

Initially, Texas Pacific Group thought that J Crew had a very large investment potential as the company's brand image was strong, and their product quality was high, so there were profitable prospects for the future. Therefore, they had estimated revenues to grow to $ 1.3 billion by 2001. In order to achieve their objective, the management made J. Crew, a multi channel retailer and increased the products reach. It introduced its products on the internet, included several young managers and designers to the team to increase the sales but nothing worked effectively.

The management analyzed that the costs of operations was high and so began to cut down on costs. They estimated that their fixed costs were very high, so they decided to focus on operational efficiency. In 1998, it reduced its workforce by 10% and sold their out of season products at a 30% discount. The company sold its brand Popular club plan for $ 42 million and used most of the amount to repay the term loan of $ 70 million. By 2000, the management had planned to open 103 stores and make J Crew public, but bad economic environment led the management to reverse its decision and J Crew could not gain any momentum, going forward. In contrast, J Crew's rivals had more retail outlets than J Crew did and were also more profitable. The company again performed poorly in 2001, and J Crew's bond rating had dropped from 'B minus' to 'CCC' which increased the chances of default and made a poor impression. The company's due payment was in April 2003 of 9.3 million, it's first of many more to come. The company had been offered American eagle of a possible buyout of J Crew for $ 500 million. The management had two options; the first was whether to continue with restructuring their debt structure or to sell out the company.

If I were a member of the management team, I would have to do an analysis of the data. The data are given from 1997- 2002, so I cannot do valuation analysis, that is, measuring Net Present Value or Internal Rate of Return for the project as no future cash flow data is provided. I had historical data, so I did ratio analysis on how the company performed over the past five years and will it be able to pay its debt obligations from the cash flow generated, so it can continue with restructuring or will the company be sold out.

The data provide internal rate of return for Texas pacific Group and it shows a negative Internal Rate of return for the investment portfolio of Texas in 1997. The portfolio also included investment of J Crew and it may be down to the investment of J Crew that may have generated negative return. J Crew’s pre acquisition EBITDA margin was also lowest as compared to its competitors’. J Crew’s income statement shows negative income statement over the past five years except in 2000 when it generated positive revenue of $ 11, 929. I made a cash flow statement of J Crew to calculate how much cash J Crew had in the past five years, so as to know whether it can generate positive cash flows to meet the requirements for the future. I added all the non cash charges such as depreciation and expenses which were not paid out of cash and subtracted all gains. Then I added changes in net working capital to calculate the cash flows generated from operations. The cash flow from operations were negative during the first year then became positive in the second year. After that, the cash flows decreased but picked up pace gradually. Cash Flow from operations at the end of 2001 was $ 10,089. After calculating cash flow from operations, I calculated cash flow from financing by adding back capital expenses and lastly added interest expense back to calculate Cash flow from Operations, Investing and Financing.

Cash Flow from operations provide vital information of the company performed, and it can be forecasted whether it can generate enough cash flow to satisfy management needs or not. It follows the same pattern as cash flow from Operations and the cash flow figure for 2001 was $ $ 4236 only. With this minute amount of cash flow generated, the company cannot pay its debt obligation of $ 9.3 million interest due in 2003. I further calculated the performance ratio of the company and cash flow to income ratio. The income generated from operations was very low which signifies that the company cannot continue its current operations and will possibly go bankrupt. The coverage ratios also prove the same point that the cash generated cannot be enough for the company to grow and take on its competitors. The interest coverage ratio shows that the company barely meets its interest requirement. Investing and Financing ratio is negative for 2001 which proves the inability of the company to acquire new assets, pay debts and make distribution to owners.