The likely risk factors include the political instability such as protests and demonstrations within Africa that could hurt the expected return from this investment opportunity. With political turmoil, the economy is likely to suffer, this would directly impact the market leaders such as Moulin as consumer spending would go down and so would the demand for commercial products. Eventually, sales revenue will decline and so will profitability. This political turmoil is also likely to cause share price of Moulin to fall, thereby causing it to become unattractive for potential investors. 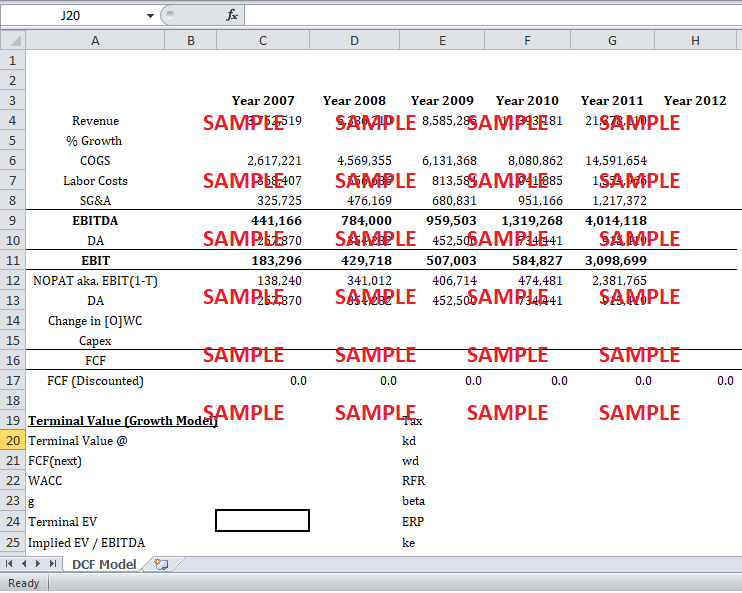 Case Analysis for The Abraaj Group Investment In Moulin DOr

1. Is Moulin d’Or an attractive candidate for investment? Yes, No

Moulin d’Or is definitely an attractive investment opportunity and this claim may be supported by several factors that have been explained below.

The financial figures that the company has been generating in the past make it attractive to investors. For instance, during 2011, Moulin d’Or had sales revenue of over $21 million and a net income figure of over $2 million. In the past five years, the company had a sales growth rate of 56 percent per annum. Moulin d’Or is one of the leading baked goods brand in Tunisia holding 25 percent of the market share and consumer reviews regarding the company had been exceptionally well. The reason for this being that Moulin offered its customers higher quality, greater value and larger portion sizes for the same price as its rivals.

Moreover, the future prospects of the company look good; opening up of new production facilities to increase capacity for serving the surge in demand and increasing sales by 27 percent in the coming years. The diligence report also confirmed that these were realistic and achievable goals that the company had set for itself. The demand for Moulin’s products is high not only in Tunisian market but also in Algeria and Libya.

An analysis of the financial statements of the company show that cash flow position seems to have improved over time as has been shown in Exhibit-3. There has been an increase of approximately 450 percent in the closing cash balance from 2010 to 2011. Net income growth has been 459 percent during 2011 as shown in Exhibit-1.

Market growth of baked goods is on the rise in Tunisia and it also has one of the highest per capita rates of consumer spending on packaged cakes i.e. $8.9 per annum. Urbanization and greater educational opportunities has led to women entering the workforce, this would eventually result in a further increase in demand for commercially produced baked goods. These market conditions also make Moulin a prospective candidate to invest in.

Despite the different risks, Moulin seems like a feasible investment opportunity if an enhanced Enterprise Resource Planning (ERP) system is implemented and the accounting system is upgraded to cope up with technological advancements.

3. Assuming you want to pursue the deal, how would you create value and what would be the key pillars of your investment thesis?

Creating value for this particular investment deal would require analyzing the feasibility of the plant expansion plans that Moulin d’Or has for increasing capacity. The due diligence report has already been evaluated and the plan seems practical. However, value addition may be made for this particular investment by ensuring that the new production facility will eventually help cater to the surge in demand for Moulin’s baked goods and that this would trigger sales revenue for as much as it has been anticipated. This could be done by conducting a cost benefit analysis or analyzing the Net Present Value and Internal Rate of Return of the expansion project.