Known for its plastic toys, Toy World was the rapidly growing company which was operating in the highly competitive industry, competing on prices. The sales of the company were subjected to the seasonal changes with increased demand in the later part of the year, near Christmas. Founded in 1973, the company was popular for manufacturing of toys such as satellites, cars, trucks and spaceships with sales variation of 30% to 35% each year. Due to the highly seasonal demands the company had scheduled production plan. But the ever increasing problems of the scheduled production such as the employee training costs due to frequent employee overturns caused by seasonal expansion and contraction, idle capacity of machinery during the rest of the year and frequent changes in the whole set up due to high demand in the season made the president McClintock, to change his mind towards level production throughout the year. 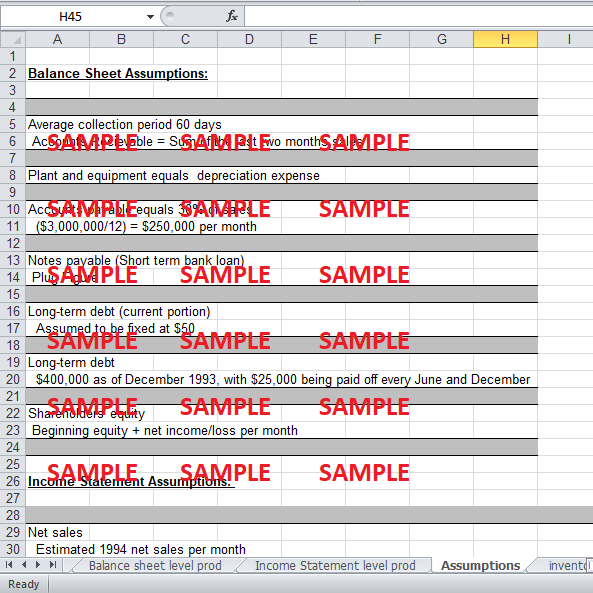 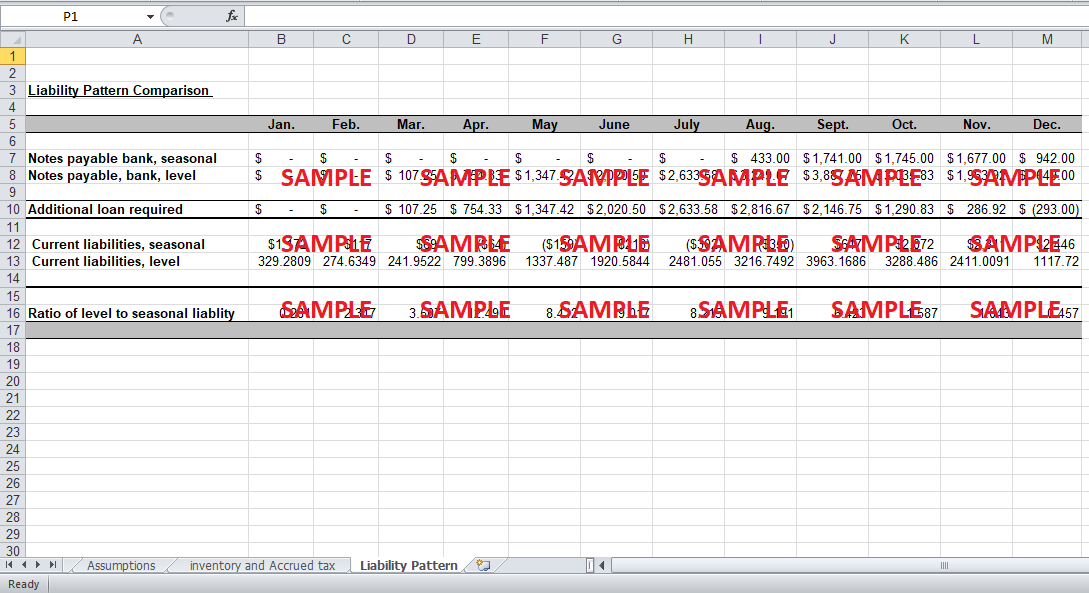 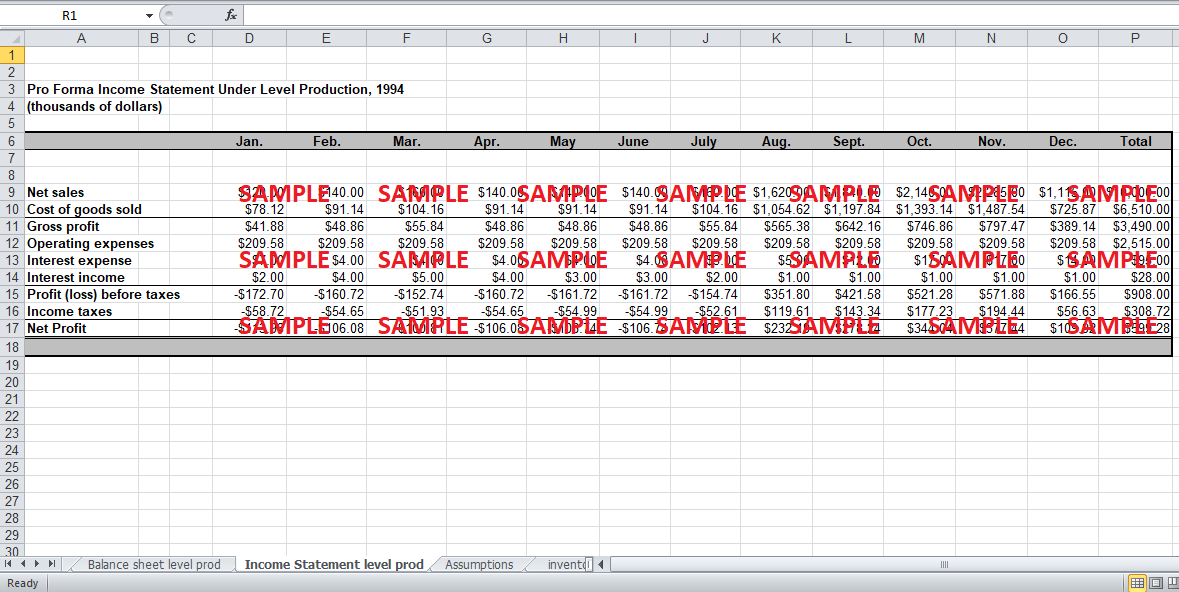 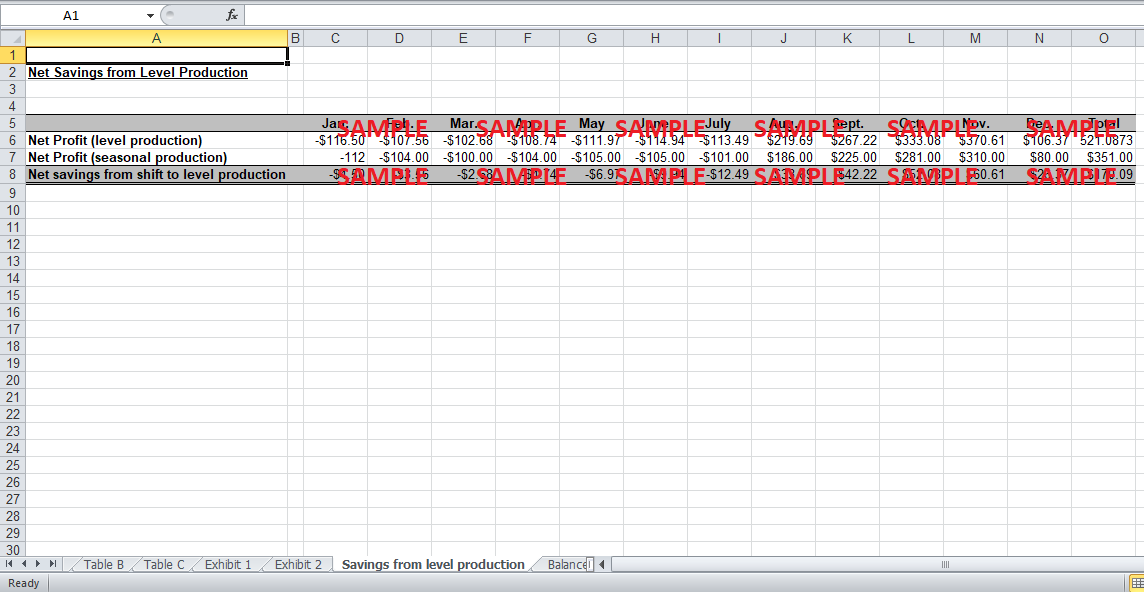 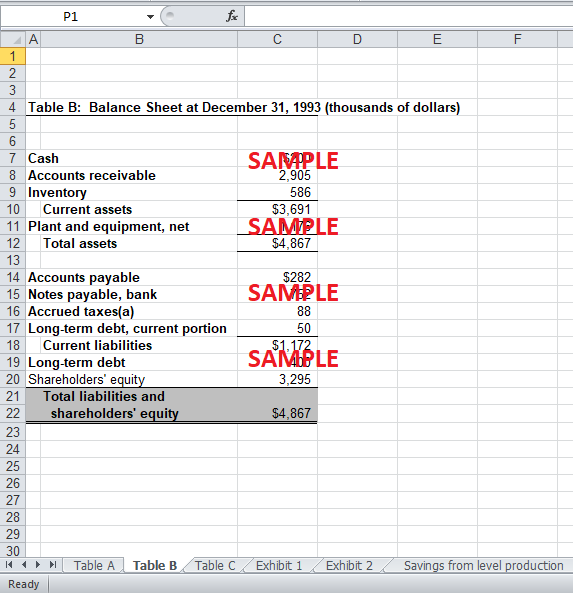 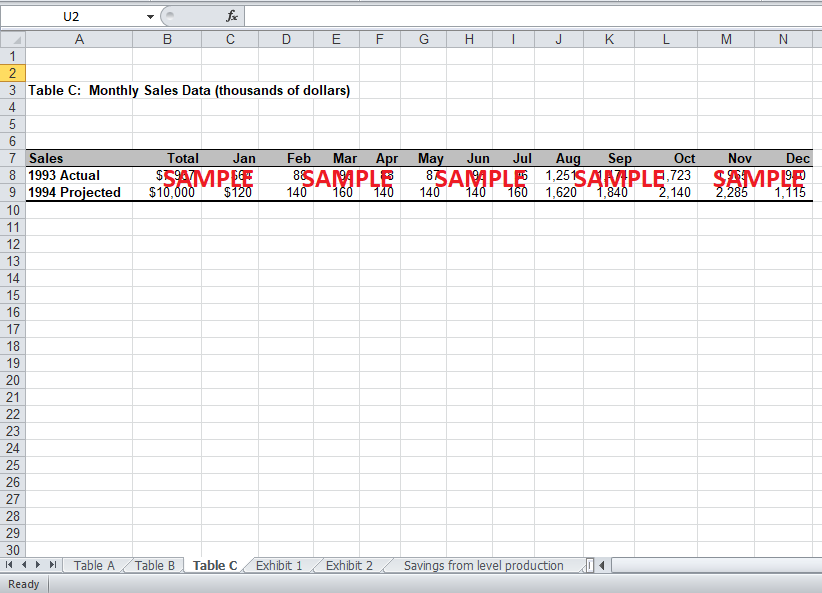 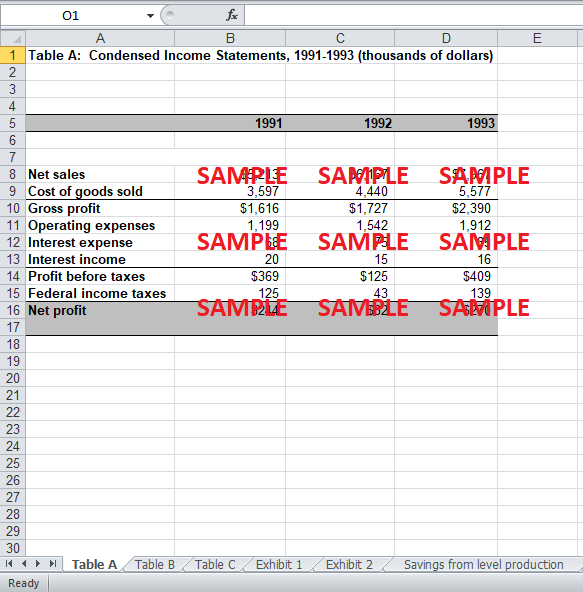 1. What factors could Mr. McClintock consider in deciding whether or not to adopt the level production plan?

Changing the years old and in practice production process was a demanding task and required a great deal of assessment, designing, planning as well as cost benefit analysis in monetary and non-monetary terms. Therefore, while assessing the feasibility of the change in the production process from scheduled to level, following are the factors which the Mr. President should consider:

2. What savings would be involved?

3. Prepare a financial forecast to estimate the company’s funding needs with level production (Prepare pro forma income statements and balance sheets (rather than a cash budget) to make this estimate. ). For simplicity assume that interest income and expense do not change with the switch to level production.

In order to analyze the option of level production, it is essential to estimate the funds required to carry out the plan. Therefore, the pro forma statements are devised while keeping the notes payable to bank as a balancing figure. This approach will identify the amount of the funds needed for the production process. Utilizing the assumptions mentioned in case the pro forma balance sheets and income statements are devised. The calculations are presented in exhibits which are based on the assumptions displayed in the exhibit, as well. However, it is calculated that with the adoption of the level production plan, the need for external funds approximately doubled the present credit limit i.e. two million in the month of September. Therefore, McClintock has to consider other options for external funding if the level production plan has to be implemented. Also, he has to assess the possibility to which extent his bank will negotiate to extend further debt.

4. Compare the liabilities patterns feasible under the alternative production plans. What implications do their differences have for the risk assumed by the various parties?

The liability patterns for both alternatives are compared, and it is observed that the company’s liability increased as high as 9% of the liability during the seasonal production. Moreover, as the company is shifting to a completely new procedure; therefore, with the increased amount off debt and the tied up cash flows in accounts receivable the risk of the stakeholder increases. Furthermore, the default risk of the company also increases with the increased amount of liability which is approximately six million. Therefore, the bank will resist in extending the loan to Toy World, the shareholder might not invest further, and suppliers will employ strict terms for extending credit. Besides, though the company has shifted to level production but due to the low demand and high costs company has negative profits in the first half of the year which also signifies the increased risk on the part of the parties involved with the Toy World. Consequently, the cost of debt will also increase leading to the increased interest expense, and it may lead to the issue of repayment of debt expense i.e. the interest coverage capacity of the company might decline in the future.

5. What effect will shifting to level production have on the company’s need for a bank loan? How would you go about estimating the change in funds required and the timing of the needs under level production?

As mentioned above, that a shift towards the level production will increase the company’s need for external financing. It is because from January to July the company sales are low while the company is increasing its production combined with the tied up cash in accounts receivable. Therefore, Toy World will insist in increasing the bank loan.