The financial position of the University of Trent improved to some extent. The asset and liabilities of the University increased from $463 million to $513 million which is approximately 11% higher than the previous year. The major reason for the increase in assets was that the University was able to increase its cash significantly. The cash was increase by 50% from $1,866,000 to $2,803,000. Also, Contribution Receivables also upturn over the year by 13% from $30 Million to $34 Million. Inventories and Prepaid expenses also significantly increased in 1996 by 17% and 27% respectively. On the liability side, accounts payables almost doubled over the year. Payables increase from $5.8 Million to $11.6 Million. The notes payables reduced substantially by 71%. Reserves also increase by 46.19%. 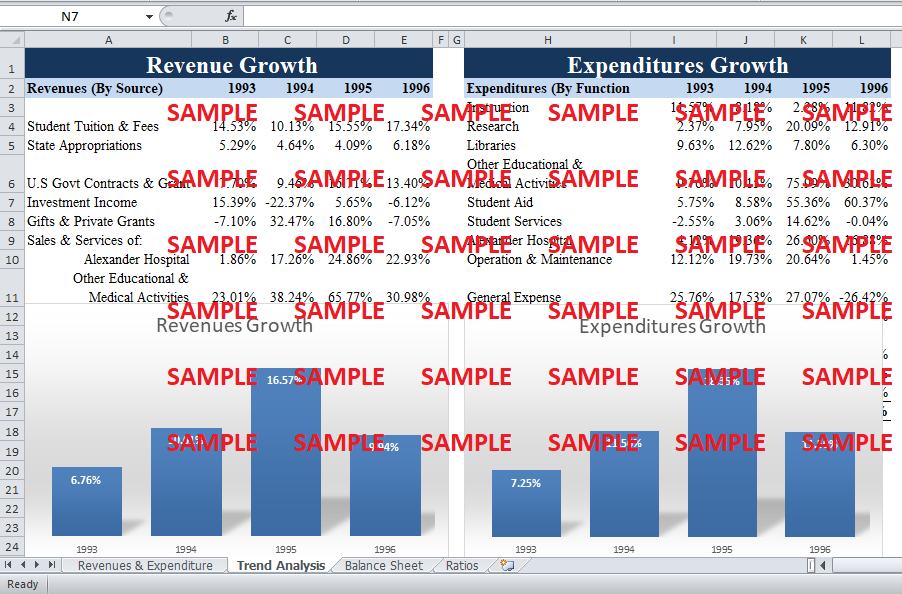 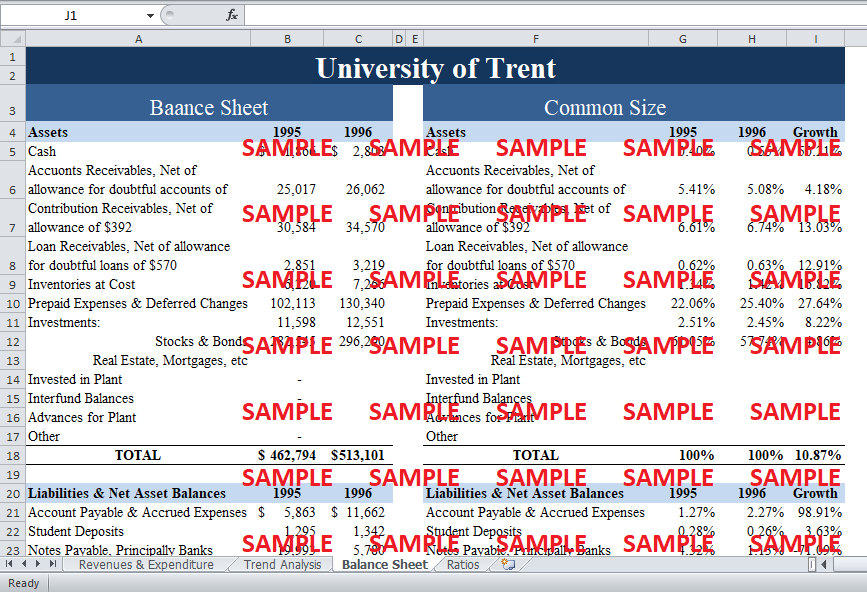 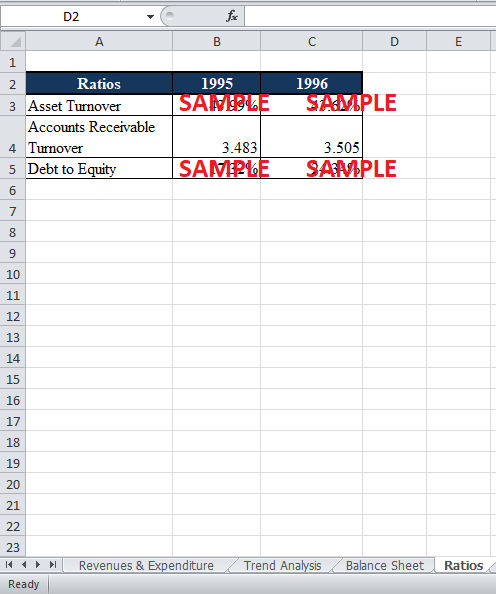 Case Analysis for University of Trent

The asset side of the common size balance sheet is shown in Exhibit 1. In order to calculate the common size assets all the individual assets are divided by the total assets.

The liabilities and equity side of the common size balance sheet is shown in Exhibit 2. The percentages are calculated by dividing each head with total liabilities & net worth.

In order to perform a trend analysis on revenues and expenditures, the growth rates for both have been estimated. Exhibit 3 shows the growth of revenues from 1993 to 1994. As shown in the graph, the total revenues grew by 6.67% in 1993 then followed by 10.61% growth in 1994.

Exhibit 5 shows the trend analysis of revenues from 1992 to 1996. As seen by the graph most of the different revues sources are consistent over the years.

Some ratios calculated are shown in Exhibit 7. The debt to equity ratio increases significantly as compared to the other two ratios.

2. Evaluate Chip’s performance in terms of the technical quality of the changes he made and the methods he used to implement them

Chip took some aggressive measures regarding the activities of different units. Firstly, he in order to boost the bookstore sales and to get rid of the obsolete inventory of books, he managed to hold inventory sales which paid off in the form of increased revenues. In the long run, he tried to convince the management to run the book store as a separate entity.

The dining hall was not generating the volume enough to cover the cost and the contract with the outsourcing service Chuckwagon was such that it only shares the profit, so he got rid of them. This allowed him to reduce costs. Moreover, the smart guy that was out in charge of the dining service also proved to be a successful move. The physical plant that was the major reason for the budget deficit was a big operation. Here Chip hired ahead an inside guy and installed an automated system that calculated the overtime, vacation time and sick leave. This is a brilliant idea to cut costs and overtime.

The overall performance of the chip is satisfactory in terms of his ability to cut costs in major business units. Chip has taken some measures that had enabled him to cut costs and overtime in auxiliary enterprises. But there is still room for improvement in his negotiating ability.