Based on the analysis and assessment, it would be recommended to Geoffrey Taylor to focus on the debtors monitoring and improve the receipts from accounts receivables by evaluating the debtor's ageing period in detail. For customers failing to pay beyond 15 days, a text reminder is sent to them, for those falling beyond 30 days, a telephonic reminder is given and for those falling beyond 45 days, a threat to take a legal action to be sent to compel them to make their payments. This would ensure that debtor recovery is high which would positively impact on the cash flows. 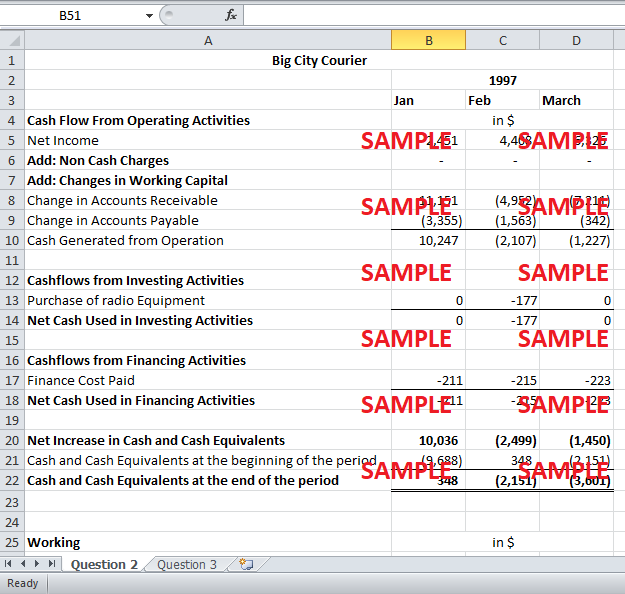 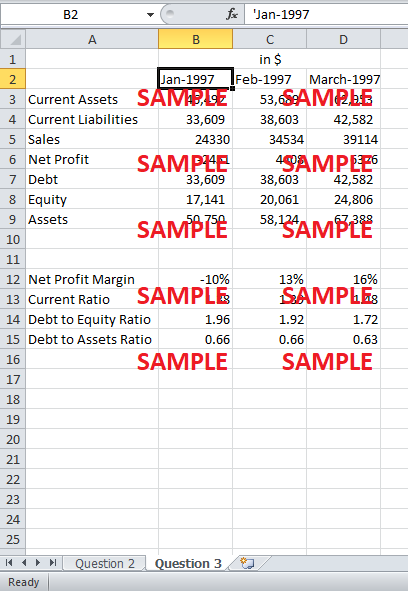 1. How important is cash to business. (Seems like a simple answer but consider profitability)

Cash is considered the king of the business and it is very crucial for the businesses to have a better liquidity position to ensure its smooth operations (Liu, Nissim, & Thomas, 2007). In every business sector, the cash flow of the business determines whether the business will be able to pay creditors on time and finance its day to day operations. Shortage of cash may force the business to take overdraft facility which might directly hit on the interest costs as the interest is charged daily in overdraft facility. This would negatively impact the profitability of the business (Binks & Ennew, 1997). Furthermore, failure to pay the suppliers on time due to insufficient cash may lead the business to bankruptcy or cause suppliers to stop all the deliveries which would have a detrimental effect on the business’s ability to produce goods or services which would again adversely affect the profitability of the company. Therefore, it is very important to note that businesses with increasing profitability might also go bankrupt or start making huge losses due to ineffective cash flow management (Tobback, Bellotti, Moeyersoms, Stankova, & Martens, 2017).

Looking at the cash flow position of the Big City Courier, it can be seen that the cash held by the business by the end of the month is gradually deteriorating over the period January to March, 1997 where it has fallen from $348 to a negative balance of $3601. This is a very concerning situation as such a balance shows that the company has a high probability of failing to make its payments of drivers commissions which can lead to delay in its services and a negative impact on its brand reputation in the market where the main focus is on the quick and timely delivery. The failure to meet these market requirements may lead the company to lose the business to its competitors due to the highly competitive couriers' industry.

3. Use financial ratio's, e.g. profit margin (your choice which ones you choose to include) to further explain the situation at Big City Courier.

It is important to note that the current ratio calculation of the Big city courier shows a rising trend over the three months’ period which is a positive sign and shows that the business is liquid. On the contrary, the cash flow does not reflect this and shows a negative balance. Through this, it can be evaluated that although the company is enjoying increasing trend of receivables, its payment to drivers which forms a huge chunk of its cost is increasing at a higher pace which has eaten up most of the cash it has received from the receivables. Furthermore, the delay in receipts of the payments from the clients also shows that the debtors ageing is not being effectively monitored which has created the cash flow problem. Therefore, there needs to be a proper system to monitor the debtors and ensure that payments are received from them before them becoming bad debts (Dhillon, García‐Fronti, Ghosal, & Miller, 2006).

Apart from this, looking at the net profit margins, it can be derived that the company's profitability has improved substantially from the past three months from a net loss margin of 10% in January, 1997 to a net profit margin of 16% in March-1997. The improved profitability gives the impression that the business has established in the market and is on a growing trend. Because of a highly competitive environment, placing tighter credit terms on receivables may cause them to switch to competitors due to very low switching costs. Such a situation would, however, adversely affect the profitability of the company. This, therefore, explains the reason why the company has gotten into a liquidity crisis despite improving its performance and volume consistently.