There are therefore a number of options that Diva shoes can use to hedge its risks in Franc and Japanese yen. It can opt for currency forward contract, which would allow it to lock in a rate at the spot time. Hence, any further appreciation of yen or franc in future would no longer adversely impact on the revenue of the company. Hence, Diva Shoes would know the exact amount it would receive at the end of the forward contract (Abanomey & Mathur, 2001). However, if the Japanese yen or franc depreciates, Diva shoes would have to suffer a loss. 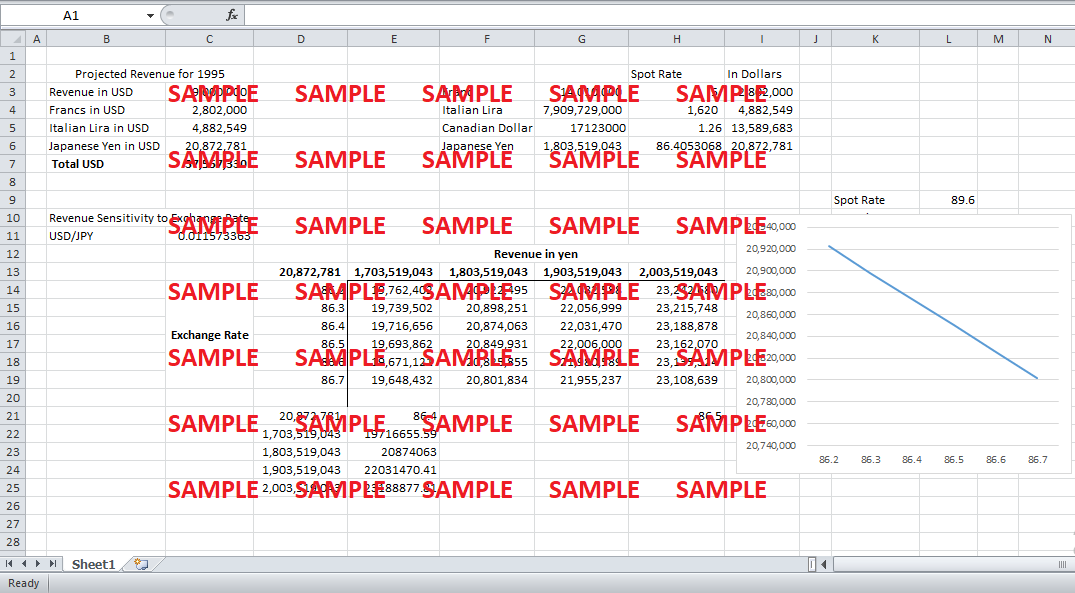 The forward exchange rate for JPY/USD has been calculated as follows:

On the basis of the above calculations and the given spot rates for various currencies, the dollar amount has been calculated as follows for the projected revenue in 1995:

Hence, the total projected revenue for 1995 is as follows:

From the above graph, it can be seen that the slope of the line is steep. This indicates that a 0.1 depreciation in yen against the dollar would result in a significant change in the revenue. Hence, the revenue earned from the Japanese market is highly sensitive to the US dollar movements.

The exchange rate exposure for the firm during the month of April, 1995 is quite significant and is as follows: