In the case study about Han-over Bates, a very significant human resource problem is highlighted. External hiring has its disadvantages. These disadvantages include morale problems of the experienced personnel who are not promoted to the position they desired (Lewis, et al., 2007). The same was the case with Carver. The recruitment of the newly appointed district sales manager, James Sprague, had ignited many problems of low morale among the experienced people in the organization. Sprague had had lesser experience than others. The reason he was appointed instead of promoting Carver to the position was that the company wanted the position to be stable, and Carver was about to retire in three years. Although inexperienced if compared to Carver, he was very good in sales that are why the company appointed him to turn the less profitable North-eastern district to a profitable district. 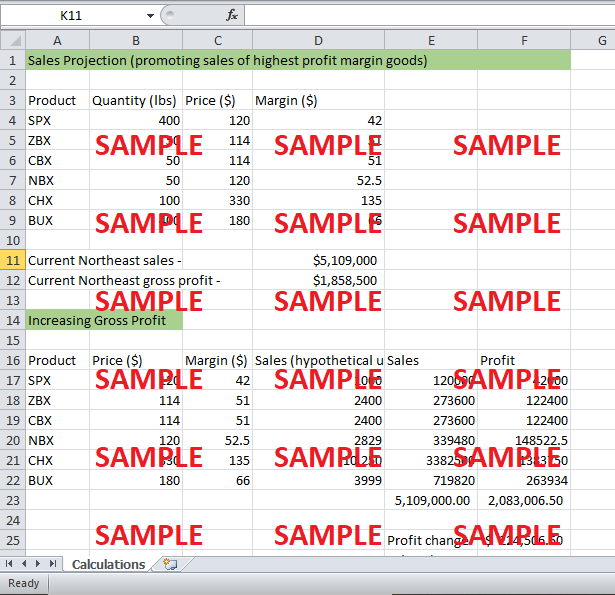 Sprague had been given the task to improve the sales figures of the North-eastern district, a district that had high sales, but low profits due to low-profit margins. The problem of target achievement also persisted in the district. Improvement of the sales and profit figures of the North-eastern district was Sprague's goal. Sprague also aimed at developing relationships with the senior management to empower them in the process of transformation. This can be highlighted by Sprague's very personal meeting with the second tier position holders, Carver and John Follet. However, the meeting did not get very favorable responses for Sprague's idea of reallocating sales. One major reason behind this was the morale problem of the employees. One other concern that Carver had was that Sprague's idea of cutting selling costs by reallocation was not the way he had always worked. Sprague had proposed that through profitability analysis, the best areas be determined and then targeted through sales. One other problem was the shift in the management style. The previous district manager did not keep targets for the sales mangers. The people were empowered to develop their sales targets. However, this saw a result of the Northern district performing the worst among the others. The third was the salary problem. The sales managers were given $33,000 to $45,000 yearly with little non-monetary incentives this caused the experienced personnel to see Sprague as an unexpected leader and their position stagnant in the company. Carver was expecting a raise in pay with his raised position as the district manager that did not happen. He then wanted to leave the company for the competitor brand that offered more benefits to him.

However, the change had to be made. The sales were high, but the profits were low. This showed that the sales team was performing well, but they lacked the strategy for profitable sales. The profit margins were low to compete with the other brands that were present in the market, Transformational leaders challenge the creativity factor among the subordinates. These leaders provide the subordinates with new opportunities to learn and develop themselves. A transactional leader, on the other hand, gives definite commands. They are the opposite of the transformational leader. They monitor their subordinates so that the expectations are met, and the guidelines are being followed (Cherry, 2015). In this case, the shift from the leadership style caused morale issues for the employees. It can be analyzed that such a sudden change in the leadership style would be very harmful to the employees. To boost their morale, it is recommended that Sprague involve the employees in the process. The sales calculations and target setting could be done through mutual discussions rather than just the dictation of  the target sales figures. Furthermore, in order to cater to the incentives problem, motivational awards for the sales representatives with the best sales figures should be incentivized (Castleman, et al., 2015). The focus should be on minimizing the sales expense for each sale in order to improve the profit margins. The calculations and target setting must be done with the employee incorporation in the plan. This would include training the employees to calculate such ratios and training them to minimize costs. Although this could have been done by proper strategizing of the ways in that to minimize per sale costs, the involvement of the employees is necessary to empower and motivate them accordingly (Hernandez, 2010).

Performance must also be measured in terms of work. Previously, the calls per day average were used to assess the performance. This measurement terms should be kept in place to retain the trend of working for getting sales. So, the working culture is not replaced but rather improved to include in other criteria as well such as profit per sale and cost per sale. The people with lowest-calls per day should be encouraged to increase the contact with the customers. This is the traditional measure of performance that must be coupled with the measurement of profit per sale.

Instead of focusing on the determination of the areas with the highest profit, Sprague could train the team in selling the products that have a higher profit margin to increase the profits. It has been seen from the graphs that the active accounts potential accounts and account coverage remains higher for the district in subject (North eastern district), but the profits are low due to the low-profit margin. This way, the conflict with Carver would be resolved who objected on the reallocation of sales to a more profitable location focus.