Jones Electrical Distribution has performed reasonably well in a competitive market dominated by large corporations. Although the company is profitable, the seasonal nature of Jones industry has compelled the company to obtain a larger line of credit from a different bank. While the requirement for the line of credit is stemmed from increasing working capital requirements due to high growth rate. It is believed that the company can limit its reliance on external borrowing by improving its operations efficiency such as improving its inventory management, which has gotten worse in the past year. The new credit line provides the company with more operational flexibility in the short-term, but they also impose restrictive covenants, which may not be in the long-term interests of the company. 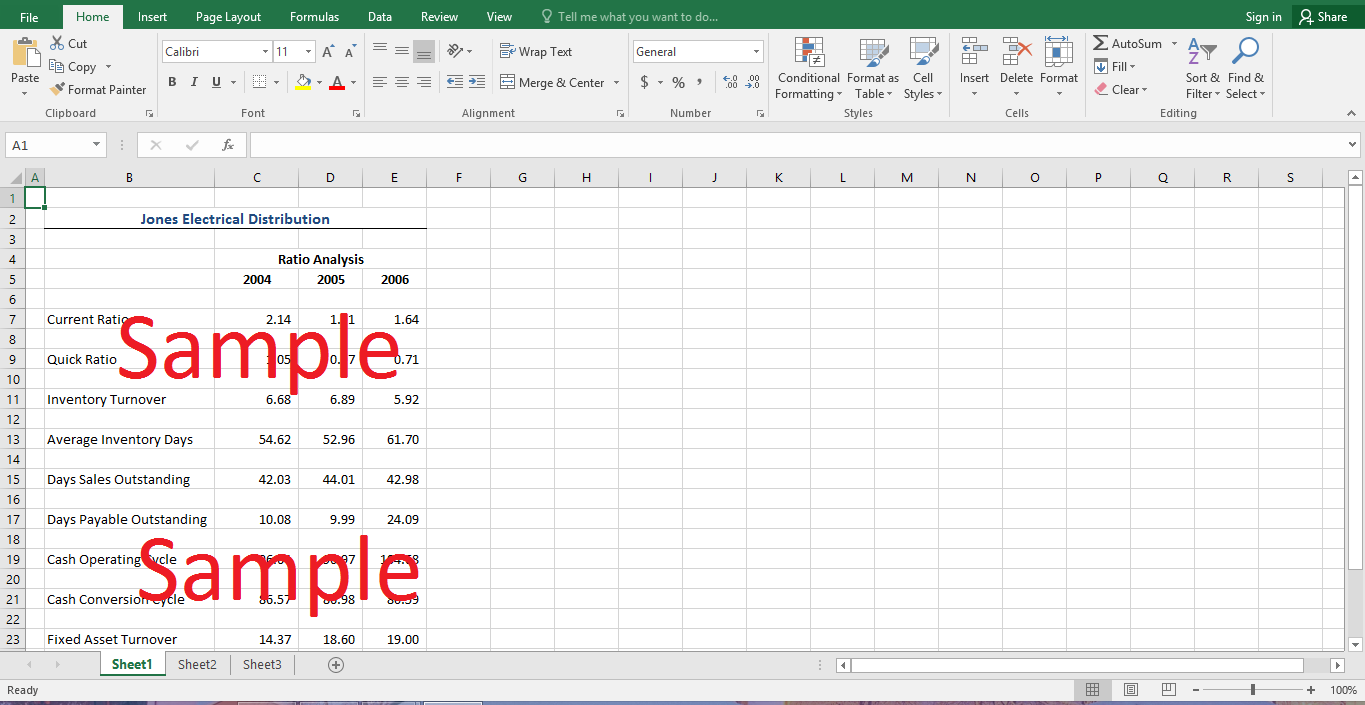 1. How well is Jones Electrical performing? What must Jones do well to succeed?

Since the start of its operations in 1999, Jones Electrical Distribution has been growing rapidly in a highly competitive market. Contractors and electricians have preferred Jones because of its attractive price and commendable service. Although a downturn in construction due to economic changes may influence the company, the sales are expected to continue increasing in the near future. The company has the potential to develop, and expand to additional sites in the future. The references about Jones from associates, employees and suppliers have been positive and they outline the owner’s potential to improve the company. However, the company has been in need of increasing short-term financing despite posting positive profits. The nature of the required financing is such that the company’s existing bank is unable to satisfy the company’s requirements. Moreover, the company has also resorted to foregoing the trade discount offered by supplier in order to meet its cash needs. The company needs to control its cash flows needs in the future. It has been popularly observed that fast growing businesses are forced to fail because of cash shortages, even when they are quite profitable. While the company is generating profits, it needs to have a healthy amount of cash to satisfy its creditors and maintain a healthy relationship with its suppliers. This is something that Jones need to concentrate on while going forward.

Accounting profits are cash are two separate things. While revenues and costs are recorded on accruals basis when the product, cash is only recorded when the customer pays for the product. For instance, the company may record profits on a sale when the goods are delivered to a credit customer, but cash does not arrive until the customer pays for the sold product. Similarly, additional money could be tied up in work-in-process, raw materials, and finished products that have not been sold to a customer and are a part of inventory. The money tied up in receivables and inventory is likely to increase at a time when sales are higher because the amount of credit sales and inventory items increase. The sales of the Jones have been experienced to be seasonal, with most sales occurring in spring and summer months. The last request for loan was made at the end of March – before the start of spring season. This makes complete sense because the money was expected to be stuck in the increased production of products for the coming months. Moreover, the money received from additional sales in the coming months was expected to be delayed due to credit offered to customers. The company will probably be able to recover all this money towards the end of summer and the autumn season when the money from increased sales starts flowing back into the business.

3. What drove the increase in Jones’s accounts receivable and inventory balances in 2005 and 2006?

The company has been growing consistently over the past few years. This trend is exemplified by the increase in sales over the past three years. It can be seen that the sales kept on increasing at a considerable rate from 2004 to 2006. As mentioned before, higher amount of sales put a higher amount of strain on working capital requirements. Higher sales lead to higher receivables balance because some of the additional sales are made to credit customers whose outstanding payments are recorded as accounts receivable. Similarly, higher level of sales lead to higher level of production, which means that higher amounts on materials are tied up as raw materials, work-in-process, and finished goods inventory. Therefore, it is believed that the increase in accounts receivable and inventory of Jones during 2005 and 2006 is commensurate with the increase in sales during the same period. However, the efficiency ratios of the company have gotten worse in 2006. The ratio analysis in the attached spreadsheet indicates that the cash operating cycle has increased by almost 8 days in 2006 – from 96 days in 2004-05 to 104 days in 2006. Although that company has been able to maintain its cash conversion cycle by delaying its payables, the company needs to improve its efficiency for a stable long-term solution.

The financial data for the year 2007 is not available. Therefore, a statement about the cash need cannot be made with certainty. However, the financial data about the first quarter indicates that the company is barely able to meet its cash need. While the cash needs can be expected to be highest towards the end of the first quarter and during the second quarter, the company has already withdrawn its maximum credit on the credit facility. However, the situation is not stable because the company is carrying an unusually high payables balance at the end of the quarter. Therefore, a credit line is much needed to satisfy any further cash needs and the credit obligations during the second quarter. While the additional $100,000 may not be enough for the company to benefit from all available trade discounts, it might take some load off the accounts payable and bring them closer to their 2006 level.

5. When will Jones be able to repay the line of credit?

6. What could Jones do to reduce the size of the line of credit he needs?

The financial ratios, as calculated in the attached spreadsheet, portray a worsening performance of the company from 2005 to 2006. While the increasing sales of the company have contributed to the higher working capital requirements, it could be seen that the cash shortage is also attributed to worsening operating performance. The major problem lies in inventory management of Jones. The inventory turnover, which actually increased from 2004 to 2005, has decreased from 6.9 in 2005 to 5.9 is 2006. The implication is that the average inventory of the company spends nine additional days within the company when compared to the average inventory days in 2005. It is obvious that a high inventory turnover implies a faster conversion of inventory to cash, leading to lower borrowing requirements. Jones could also look to tighten its credit terms, but the company runs the risk of losing some customers because of credit tightening. The company is also losing money by not availing the trade discounts offered by creditors. Jones could try to negotiate more relaxed credit terms with its creditors, possibly extending the credit period from 10 days to 20 days without the loss of trade discount.

7. What are the implications for Jones’s lifestyle of accepting a new, larger line of credit?

The larger line of credit would certainly allow the company some breathing space. The extension of payables is costly because the trade discount of 2% for paying 20 days early embodies a significant cost of credit. In other words, the company is paying a high interest cost by obtaining credit for 20 additional days.