Lynchburg plow company had three major plants, two of which (Lynchburg and Archer Creek), were there for casting while the other one (Radford) was for preparing pipes. The two casting plants also produced a by-product named ductile iron return. This by-product could be used by the same plants in the subsequent casting or it could be transported to the third plant named Radford. The materials manager at Lynchburg Foundry was faced with a controversial decision of, whether he should transfer the iron return to Radford by accepting the transfer costs attached to it and use it in producing high-cost pig iron, or the iron return can be used in the same plants. 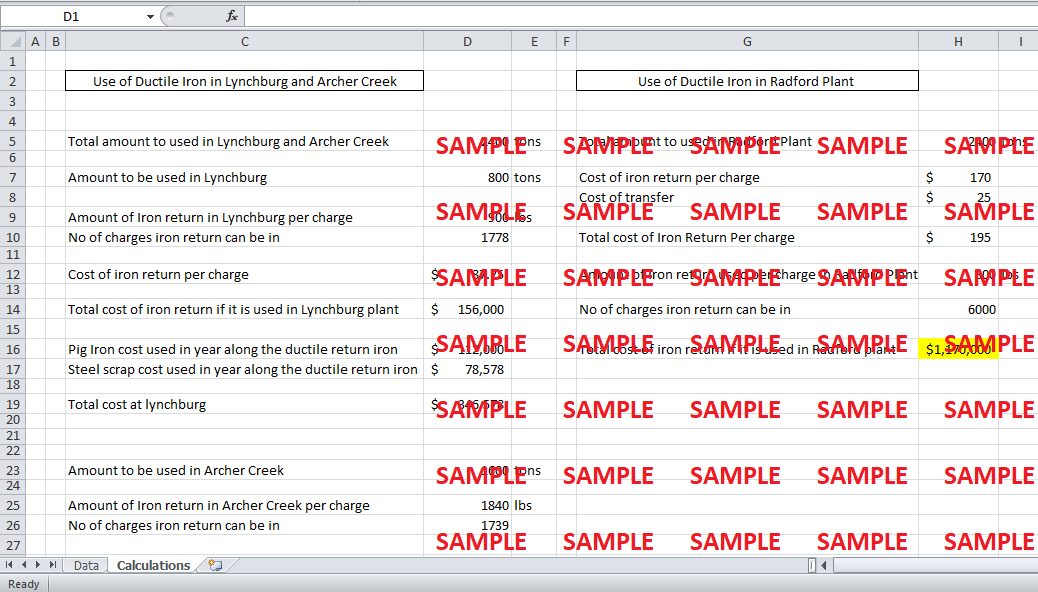 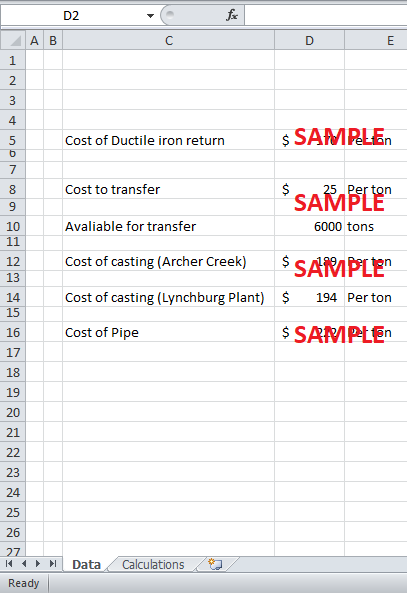 The casting process has been further divided into 4 steps and produces by-product due to low yielding of finished goods (Approximately 50% to 60%). The four steps of casting included melting and alloying, cores and mold-making, pouring the iron and finishing. Apart from this, the pipe making process was high yielding (Approximately 80%). Both these process casting and pipe production, produced ductile iron return as the by-product, in the proportion of 50% and 10% respectively. Casting process could use its by-product in the subsequent casting but for the consumption of this by-product steel scrap and pig iron was required as the raw materials. Pig-iron was the most expensive raw material in the whole process while steel scrap had a very high melting point. Hence, if the company use the by-product in the casting it has to face the cost of scrap steel and pig-iron.

The decision became controversial due to the fact that Radford plant has a greater efficiency of converting ductile iron return into the finished goods as compared to the Lynchburg and Archer Creeks.