The drug for the treatment of rheumatoid arthritis and related conditions is generating royalties for the hospital since its launch in 1998. Now, the management is considering its options to sell the royalty interest to another party. For this to happen, the management of the hospital needs to forecast the value of royalties in coming years. The royalty would depend on the sales as the royalties are linked with the amount of revenues. For this reason, the sales forecast is required till 2014, as after 2014 the patent for the drug would expire. For example, in 2004 the revenue for the first three-quarters are $1.6 Billion. By multiplying it with 1.25 would give the revenue for the entire year. The royalty forecast for the year is 2/3 of the total licensed income which comes out to be $42, Million. 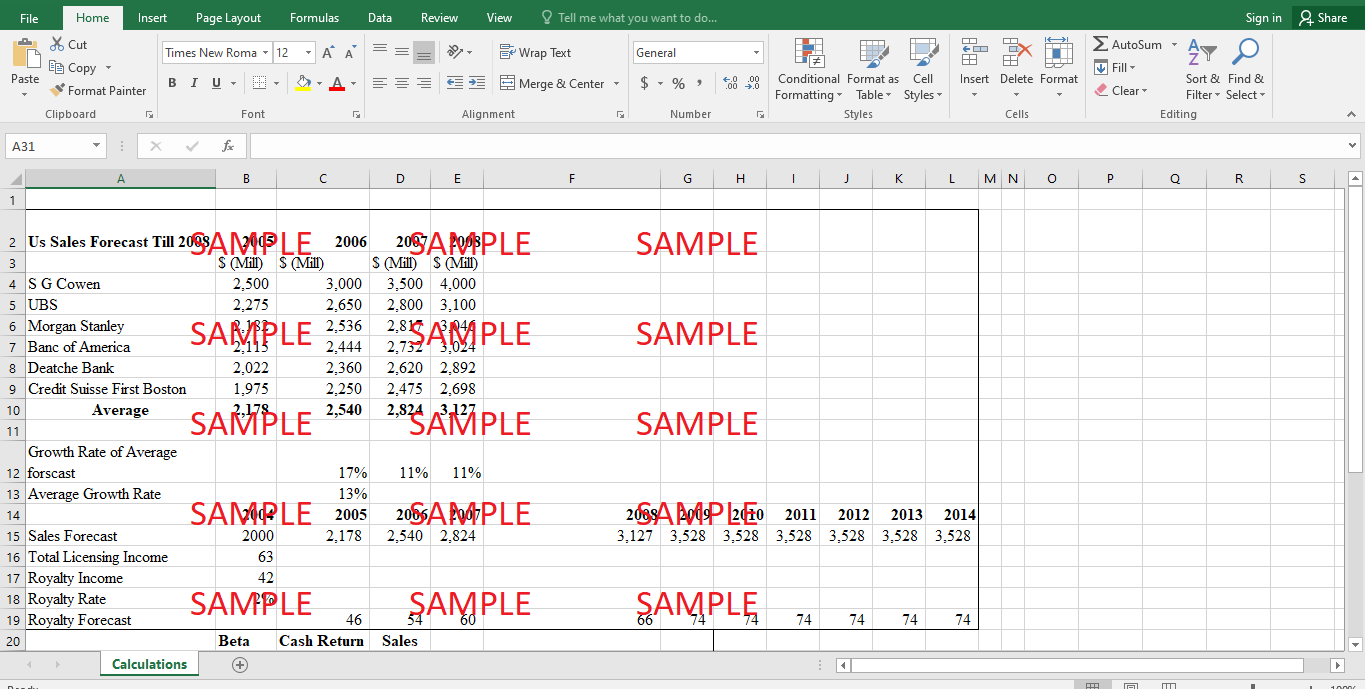 Case Analysis for Massachusetts General Hospital and the Enbrel Royalty

Different companies have given their estimates for the sales in coming years. To calculate the growth rate for the sales to predict sales from 2008 onwards, the average forecasts method was used. Exhibit 1 shows the calculation for the growth. After calculating, the average growth rate it was then used to predict the sales till 2014. In year 2000, the sales were $2000 million and the royalty were $42 million. It means the royalty rate is 2% of the revenue.

The value of the royalty interest is the present value of the future royalty payments. The future royalty payment must be discounted at an appropriate discount rate. To calculate the discount rate, the cost of equity for the hospital is calculated by using the capital asset pricing model. The risk free rate is the 10-year rate on Treasury securities as the forecast period of the royalties is ten years. To calculate the beta of the company, the beta for the comparable companies was used. The average beta for the comparable companies comes out to be 0.335. For the market return, it was assumed that the hospital is offering a return equaling to the market.