The proposed repurchase plan calls for issuing new debt of F$500 million at the borrowing rate of 4%. With the cash coming in from the debt, the company will buy back shares at the market price. The amount of $500 million raised through debt will be used to repurchase 20 million shares at the price of $25 each per share. The financial statements for M&M Pizza will not vary much with the proposed repurchase plan. The revenue and operating income will stay the same and so will the current and fixed assets. However, the profits will drop to F$105 million due to the addition of interest expense. Moreover, the financial side of the balance sheet will vary such that the debt to equity ratio will become 1 with 50% debt and 50% equity. 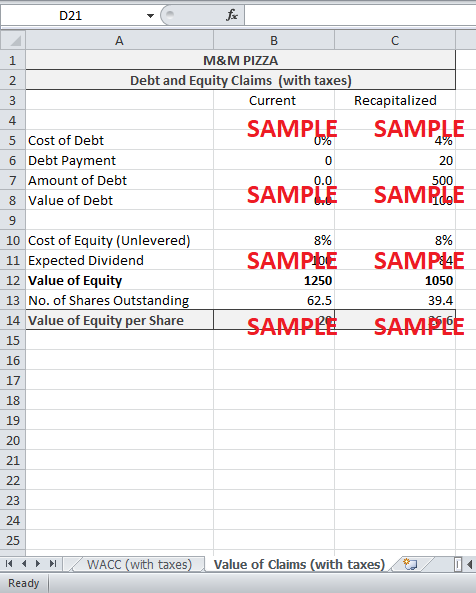 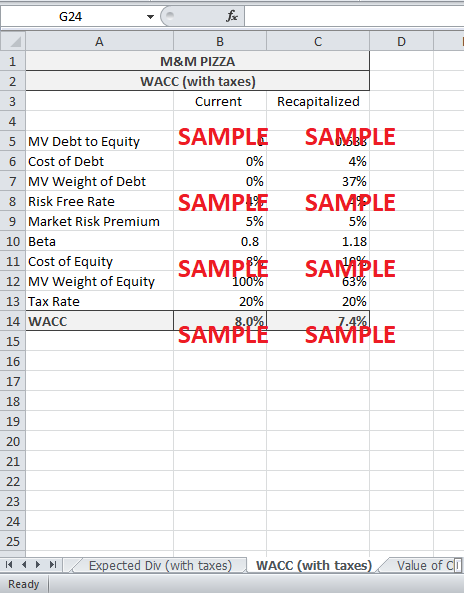 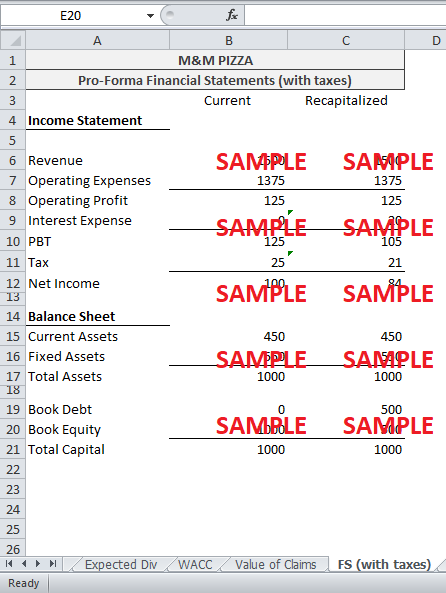 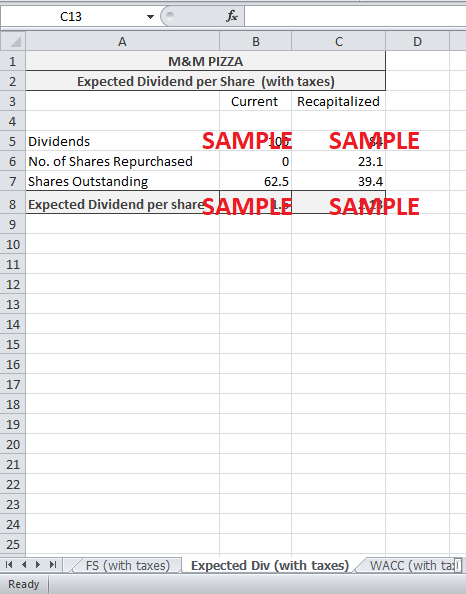 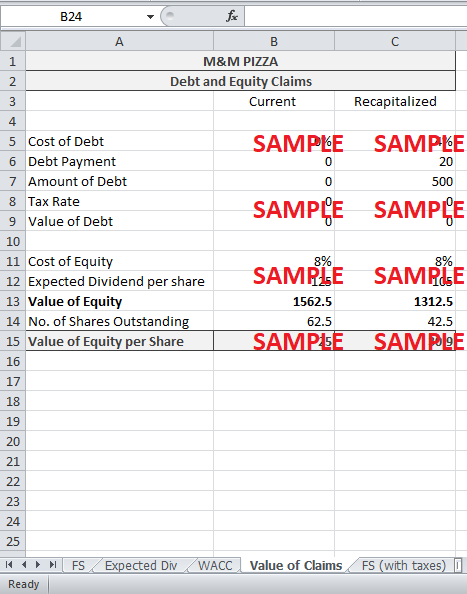 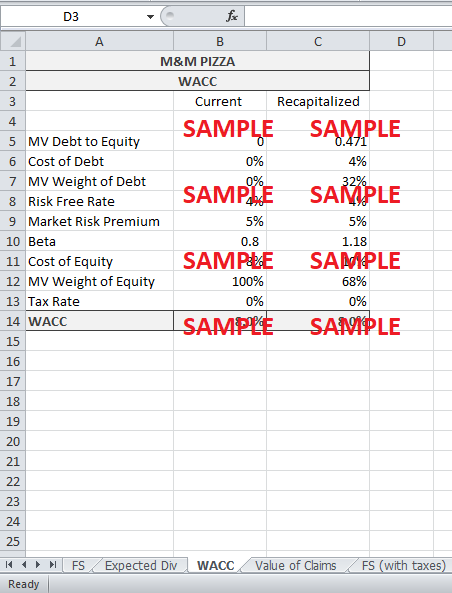 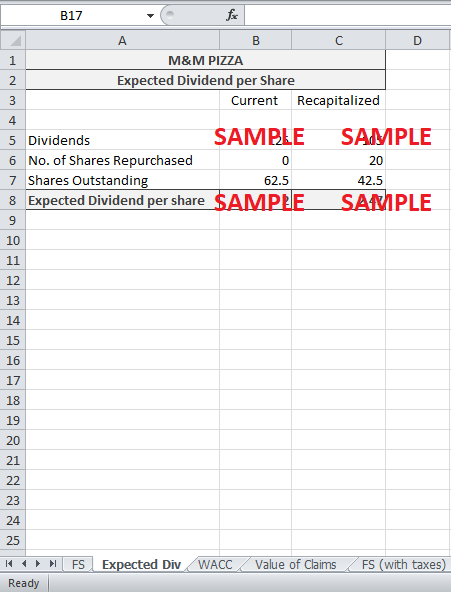 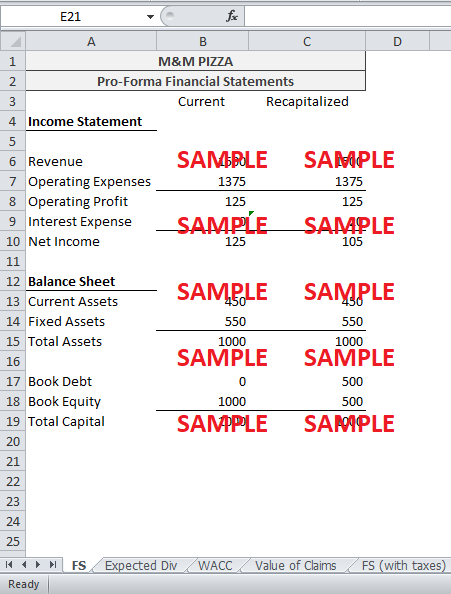 See table 1 below for the revised financial statements.

In order to estimate the value of the expected cash flows, weighted average cost of capital (WACC) is an essential tool when the capital structure of the firm does not change. M&M Pizza does not have any debt outstanding currently. All of its assets are being financed through equity. Using the risk free rate of 4%, company beta of 0.8 and a market risk premium of 5%, the cost of equity for M&M Pizza has been estimated as 8%. Under the same capital structure, the weighted average cost of capital (WACC) for M&M Pizza will be the same as the cost of equity as it is the only source of financing.

Under the revised capital structure, the market value debt to equity ratio is expected to be 0.471. Based on this D/E ratio, the market value weight of debt is 32%. This also reduces the weight of equity to 68%. The cost of debt is 4% where the cost of equity, according to CAPM model, will rise to 10%. Due to the increase in debt, the business risk to the equity investors also rises, causing the required return on equity to increase. With a corporate tax rate of 0%, the WACC for M&M Pizza will remain the same, i.e. 8%. Hence, an increase in debt has resulted in no change in the WACC if there are no taxes.

3. Value of Debt and Equity Claims and Recommendation

After raising F$500 million in debt and repurchasing 20 million shares, the debt to equity ratio will become 0.471.