The income statement of the McPhee Distillers shows that it generated a good profit in the first year of its operation but was unable to generate profit in the second year. It generated a profit of $3,10,000 in the year 2015 and incurred a loss of $ 77,500 in the year 2016. The operating expense for both the years were the same, i.e. $440,000, and the number of barrels sold was also the same, i.e. 275 units. However, the cost per unit of barrel increased each month which increased the cost of goods sold in the second year of the operation and thus resulted in the loss. Moreover, Piercy Distillers was the main buyer of the McPhee Distillers and received a discount of 25% on the purchase of the barrels as part of the term of preferred stock issuance. As the sales of the barrel remained the same each year, but the purchase of barrels by the Piercy Distillers increased from 125 in the year 2015 to 175 barrels in the year 2016, which resulted in more discount being given to Piercy Distillers. The revenue decreased in 2016 to $2312500 from $2437500 in 2015. 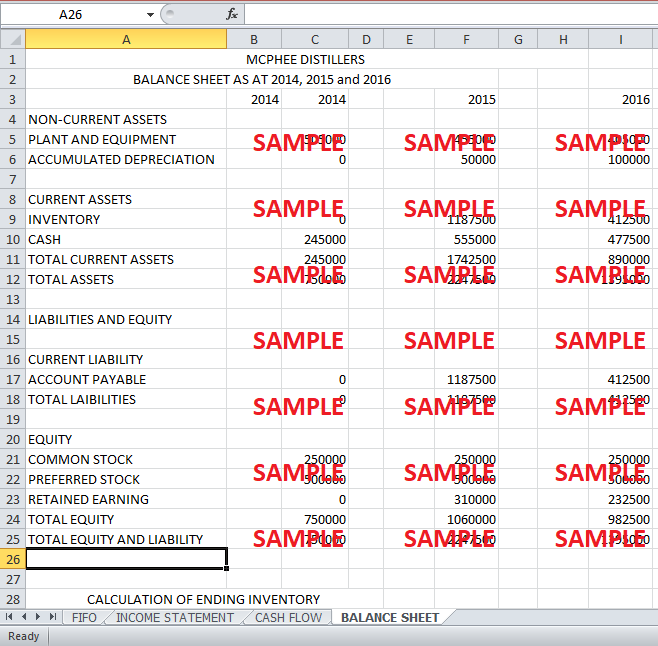 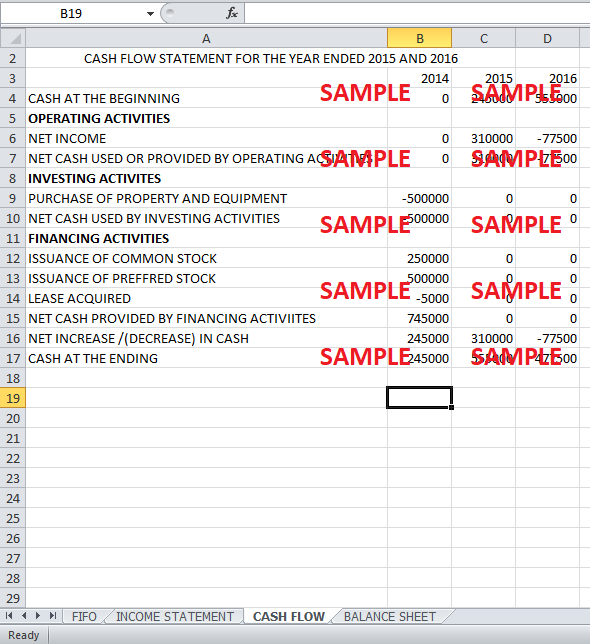 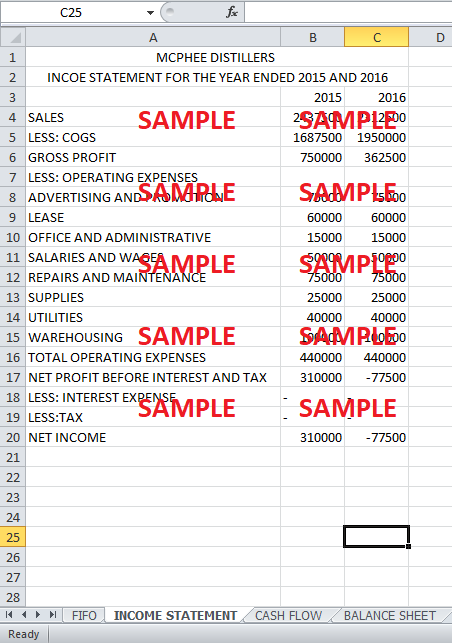 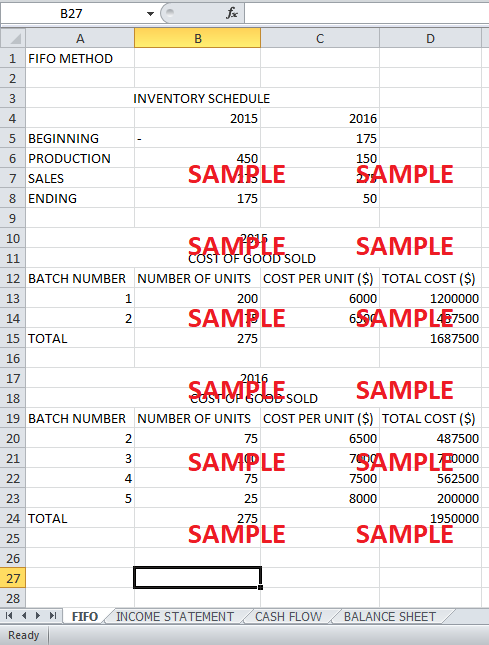 McPhee Distillers should invest more in its promotion activities to attract more customers other than Piercy Distillers so that its revenue can be increased in the future. Moreover, it should review its term with Piercy Distillers and negotiate on reducing the discount percentage by telling them about the market conditions and an increase in the cost of the raw material. The cash flow statement shows information regarding all the cash outflows and inflows from its day-to-day operation, investing and financing activities during a specific period (Penman & Penman, 2007). The cash flow statement of McPhee Distillers displays a positive cash balance for all the years; however, the cash balance decreased in 2016. This might be because the sales decreased but the cost of goods increased. However, the cash balance is not sufficient to pay off the liability in the future. Therefore, McPhee Distillers should find ways to decrease its costs without compromising on the quality of its product. Kingsley should find other suppliers who are willing to supply goods at a low cost than the existing suppliers. The balance sheet shows the financial condition of the company at that point in time (Stickney, Brown & Press, 1993). The balance sheet of McPhee Distillers shows a good condition of the company. The retained earnings on the balance sheet show a decrease as a result of the occurrence of loss in 2016.