Merrimack Tractors and Mowers, Inc. produced and sold large commercial grass mowers. The design of these grass mowers were based on the design developed by the grandfather of Ricardo Martino. 25% of the company’s stock was owned by the Martino family, and Ricardo Martino was the president and Chief Operating Officer of Merrimack at the time. The company originally produced the product in Nashua. However, after discovering the cost advantage of producing in China, the company started buying its entire stock from China. However, in 2008, the rising prices in China and the increasing oil price sufficiently increased the cost of importing. In order to increase profits the best course of action suggested was to change the method of inventory from LIFO to FIFO. This change is analyzed in this paper. 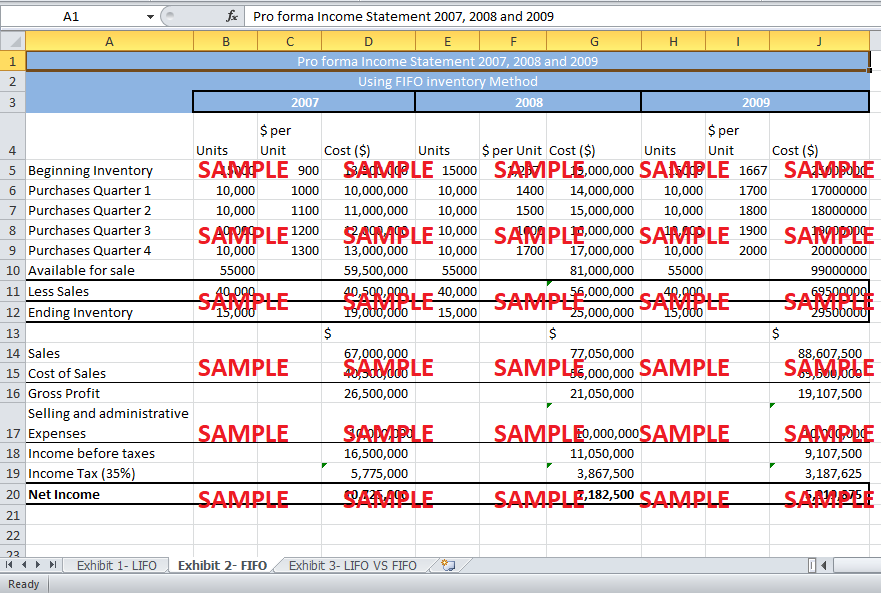 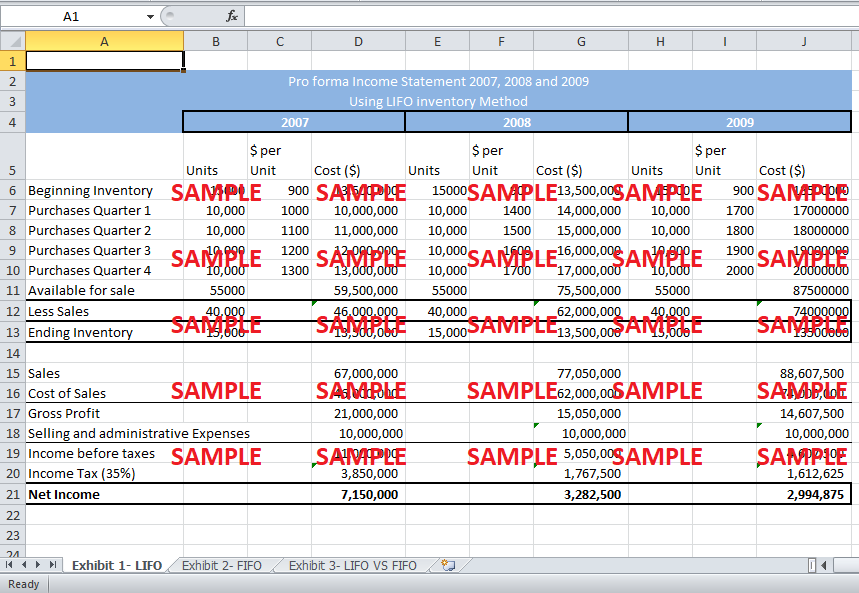 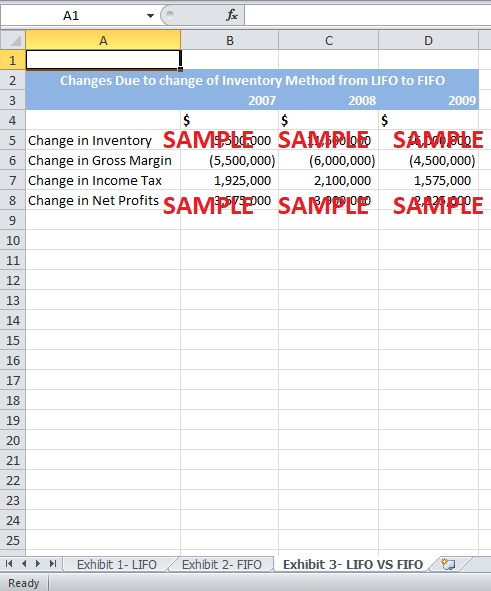 1. What are the issues the CEO is facing i.e. what are his concerns?

The most critical issue facing Martino was the financial condition of Merrimack Tractors and Mowers from 2008. Merrimack had outsourced its manufacturing to China because of the prevailing low labor and material cost coupled with low shipping cost. However, the Beijing Olympics, in 2008, altered the business environment of China by increasing the labor rate, material costs and energy price. The rise in oil prices made outsourcing even more expensive. Furthermore, the appreciation of Yuan against dollars made importing from China infeasible for Merrimack. All these factors led to a 200% increase in prices. Hence, Merrimack faced a significant decline in profits in 2008. The Merrimack’s sales margins were also under pressure.
Outside directors of Merrimack were pressuring Martino to keep profits and earning high otherwise they will employ a more professional CEO to manage the firm.

Merrimack was a regional manufacturer and seller. The firm was also unable to expand its operations to national and international level due to low it’s financial and managerial problems.

The Major competitor of Merrimack Tractor and Mowers, Inc. (Merrimack) was the Toro Company, Simplicity and Husqvarna. They were much older and produced a more extensive line of products e.g. lawn care products. Furthermore, Toro Company had a sufficient US manufacturing facility. Hence, they were less impacted by the rise in prices of imports. Therefore, Merrimack’s competitive position worsened due to price rise.

Changing the Chinese Supplier or restarting the production in Nashua was obvious actions for the firm. However, these actions would take at least one year to carry out. Therefore, the CEO had to take actions to improve the profits of the company within 2008 in order to pacify the other directors.

2. Explain the effect of what the CFO is suggesting on:

The change of inventory method will have a very positive impact on the financial statements. Exhibit 1 shows the proforma income statement under LIFO while Exhibit 2 shows the pro-forma income statement under FIFO. Exhibit 3 shows depicts the change caused by the change in method over three years; 2007, 2008, and 2009. For 2008 and 2009 a few assumptions had to be made for this analysis.

Firstly, it is assumed that there is no fall in sales volume in the years following 2007. The sales prices have risen by 15% due to increase in inventory prices. Therefore, the overall sales for each year are higher by 15% from the previous year. Secondly, the selling and administrative expenses are assumed to remain constant over these three years.

Another major impact on the financial statement is on the taxable income. There is an increase in income before tax assuming that the expenses remain constant. Hence, in the three years the taxes increased by $1,925,000, $2,100,000, and $1,575,000. Furthermore, the increase in income to be reported in previous years will cause an increase in taxable income for the firm. Hence, the tax liability in the balance sheet will rise drastically for the firm.

Furthermore, the reasons for the change from LIFO to FIFO will be explained in the notes to financial statements.

The Users of the Financial Information

However, the taxable income has increased. The change in income in the previous year would create a tax liability for the firm which might reflect negatively on the financial position of the firm for the user of the financial statements. This could draw attention to the change in inventory method. For some investors and shareholders this change might seem suspicious and would tarnish the image of the firm.

3. Write up the above along with your decision as to what should be done for hand-in and be prepared to discuss.

It is obvious that Merrimack’s problem is the sudden and unexpected rise in prices in China and oil prices. Although change of inventory method is a convenient solution for the firm in the short run but, in the long run, Martino would have to look for other alternatives. A shift to FIFO can project a better performance and financial position for the firm, but it will also increase the taxes for the firm. Furthermore, considering the accounting IFRS, the shift to FIFO might not seem suspicious for most people as it is preferred in the IFRS. Considering the pressure Martino is facing, he should shift to FIFO to show the shareholders improved earnings.