Robert Buck was deciding whether to lease mineral rights on a 200 acres land in Texas so he could drill a shallow exploratory well. The area was mapped out by George Pinkley around 15 years ago, but no one had drilled there as the area was surrounded by dry holes. The prospect was of medium quality but would result in ten very shallow but productive oil fields if oil was there. If no oil was there and it was a dry hole, it would be plugged and abandoned. However, if oil was discovered, the project would prove to be profitable. The choice that the team needs to make is whether they should drill the oil or skip this area and abandon the project right now. 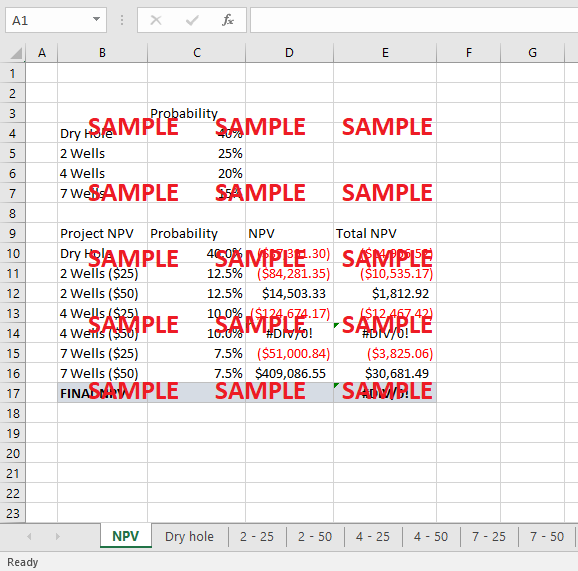