Initially, Sealed Air focused more on marketing as compared to manufacturing because the company did not face considerable competition at that time. However, with the passage of time, the competition increased and the company had to focus more operations and manufacturing process in order to retain the market share. Sealed Air introduced “World Class Manufacturing Program” to reduce costs, inventory storage and increase quality of products through innovation and effective use of resources. The implementation of program proved to be successful, as the financial indicators showed a very positive trend. Cash on hand and short term investments were expected to double in next 18 months. Since, the company was unable to find a suitable entity for acquisition, proper use of cash in hand became a hot topic in the management. The cash was in excess of the funds required for investments in growth opportunities. The management of the company was of the view that the company should use this excess cash for leveraged recapitalization by issuing a very high dividend to the shareholders. The CFO of the company decided that in addition to $ 54 million of cash in hand, the company should borrow the rest of the amount required to finance the dividend payout at the rate of $ 40 per share. 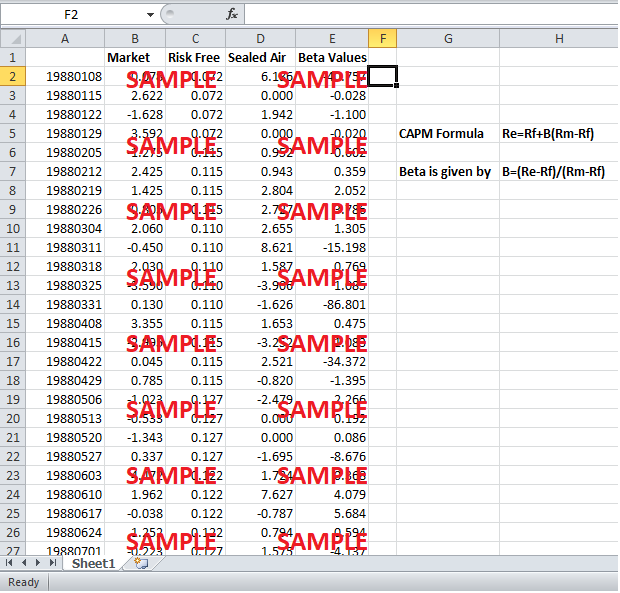 The objective of this massive payout decision was to demonstrate and to give a message to the stakeholders of the company that current shares of the company are undervalued, and the company is capable of generating much more cash than is expected by shareholders. This financial transaction will change the capital structure of the company and make the net worth of the company negative. Still, the management of the company was of the view that the increase in share price in the future will compensate for the highly leveraged capital structure of the company. A new incentive plan was introduced to ensure the success of new WCM program. Before, the decision regarding leveraged recapitalization was taken; managers were evaluated based on EPS. In order to shift the focus to operations and away from non-cash charges, a new evaluation system was put in the place where EBITDA was used in place EPS. The objective of this move was to let the managers focus essentially on cash flows of the company so that new obligations that arose from recapitalization can be met easily.

The management of Sealed Air had quoted spare cash availability of $ 54 million and the non-availability of suitable acquisition opportunities, as the chief reasons behind the idea of leveraged recapitalization.  Another major reason behind widespread acceptance of this idea was the belief of management that the current share price was undervalued, and it was not demonstrating the true potential of the company. By paying out a huge dividend by borrowing, the company wanted to give a practical demonstration of the financial strength of the company. Some of very obvious KPI’s to assess the success of leveraged recapitalization would be the market value of the company, share price and credit rating of the company. Effects of recapitalization on these key variables will tell the company whether this strategy has been successful or not.

3. Effect on Market Value of the Company

When the dividend was announced, the company’s stock rose steadily, as there was a rush to buy the shares of the company. The stock of the company started at $ 53 and closed at $ 50.5 the day after the dividend payment was formally announced by the company. Although, leverage of the company had increased tremendously, efficiency ratios had improved as a result of successful implementation of WCM. At a time, when the stock rose 36% between April 1989 and December 1992, Sealed Air shareholders earned a return of 290 % during this period. Whereas during three years before leveraged recapitalization, shareholders of sealed air earned a very modest return of 6 % whereas market return during this same period remained 48 %.

Based on their negative reactions to recapitalization, shareholders can be classified into two types. First those who valued capital gains more than dividends and the others were those who were concerned more to the dividends. The institutional investors who wanted a steady return without incurring much risk were worried initially because after a dividend payment of $40 per share, the company was expected to put a hold on dividend payments in future because of massive loans payments in future. These types of shareholders included institutional investors like pension funds etc. These and other shareholders who depended were looking for short-term steady returns were expected to sell their shares after.

The other kind of shareholders who either evaluated share returns based on capital gains or were willing to invest for longer periods of time were expected to sell before dividend payments. In the end, net effect on shareholders o f recapitalization was very positive. Once the company proved the financial viability through timely interest payments and other obligations, perceptions improved in the marker and share price rose significantly. So, both in the short run and in the long run, share holders gained a lot from recapitalization.

Initially, the company found it very difficult to raise the funds required for dividend issuance because banks raised an objection that the company did not have a history of borrowing in spite of operating on a very large scale. So, the credit rating agencies were worried about the ability of the company to pay back loans. Since, the company did not have a history of large scale borrowing, there was no past data related to credit worthiness of the company. Also, credit rating companies were also skeptical of the intention of management behind this move of massive leveraged recapitalization. This skepticism was substantiated by the fact that management was going to receive millions of dollars as dividends because a significant number of shares were owned by the management under stock options. The credit rating companies had a hunch that the management might not be working in the best interests of shareholders and agency problems may lead the company to a very difficult position.