In October 1986, Tiffany and company’s top management and board of directors decided to go for an initial public offering (IPO) during the first half of 1987. To discuss preparatory steps of IPO, Mr. William Chaney and Mr. Thomas Andruskevich, chairman and senior vice president respectively, had a meeting with the representatives with two investment banks. A number of issues are needed to be looked upon before scheduled initial public offering, such as, price at which the shares should be offered to public investors, “gross spread” payment to the underwriter and whether to create a significant “short position’ in stock by selling more than planned shares. For pricing of initial public offerings, it was suggested that managers must look to the market valuation of the companies in comparable businesses. Jewelry retailers, specialty retailers, and diversified retailers are considered to be three groups of comparable public-owned entities. 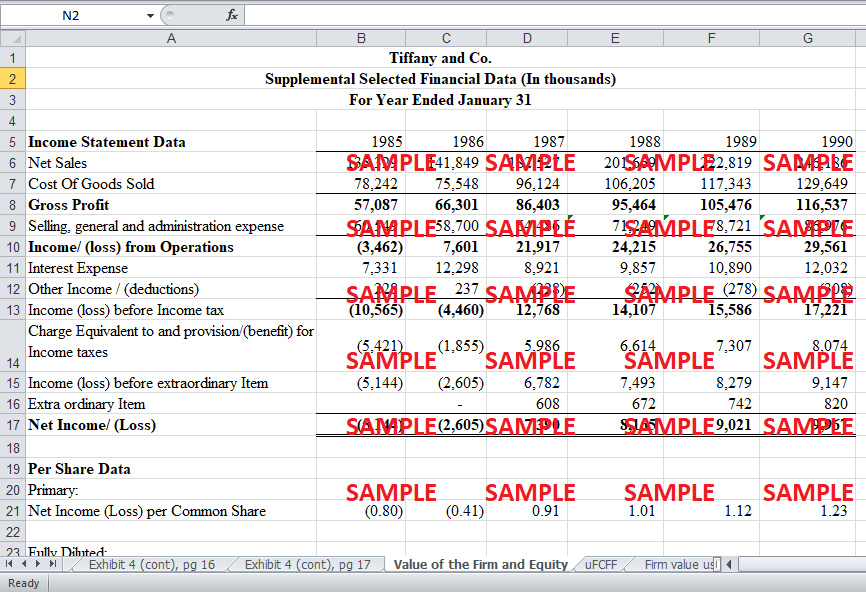 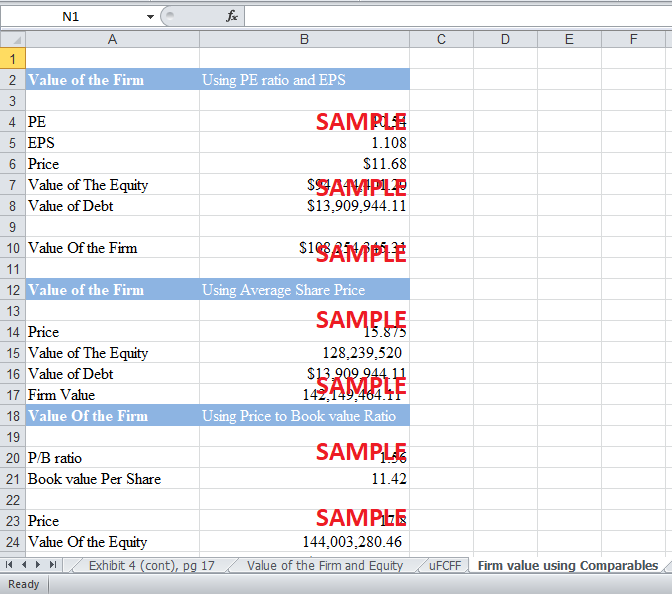 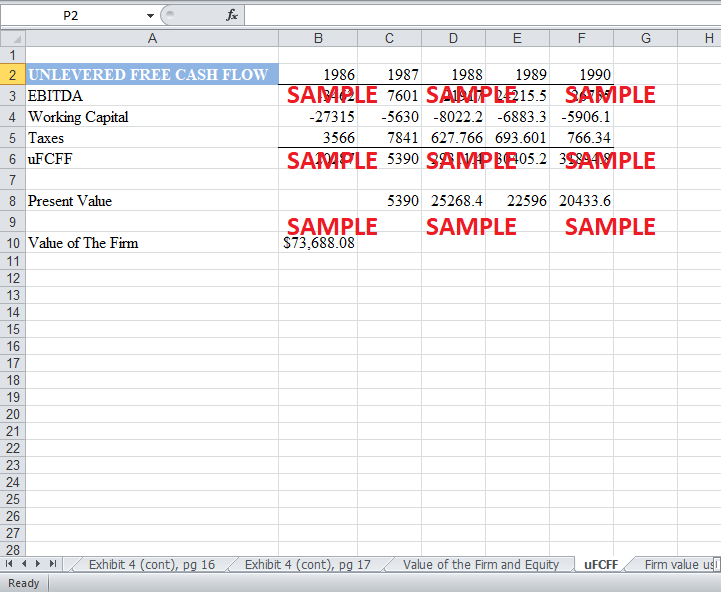 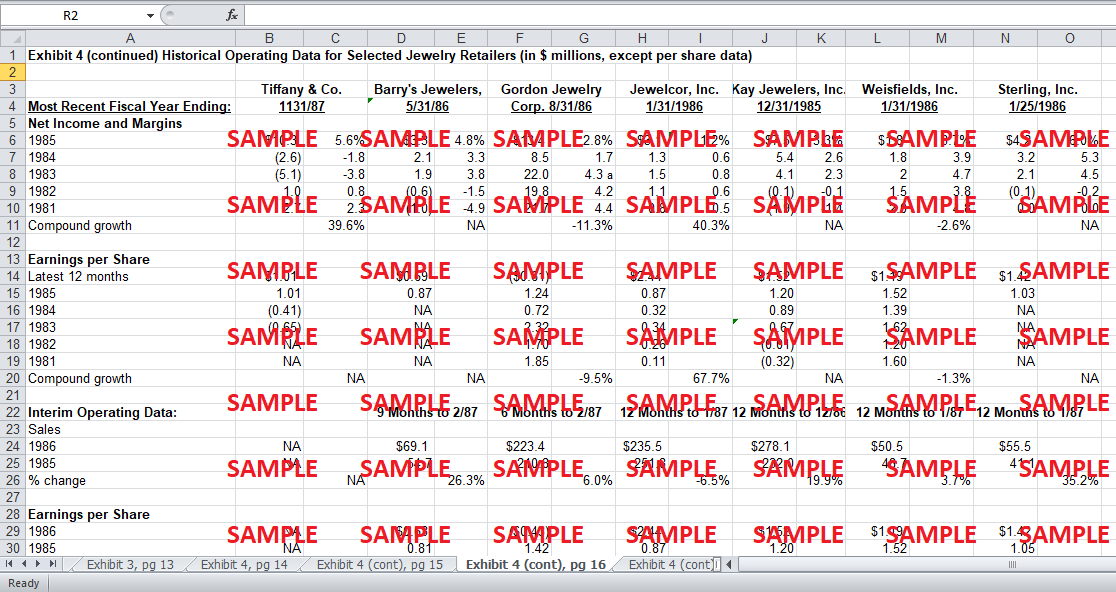 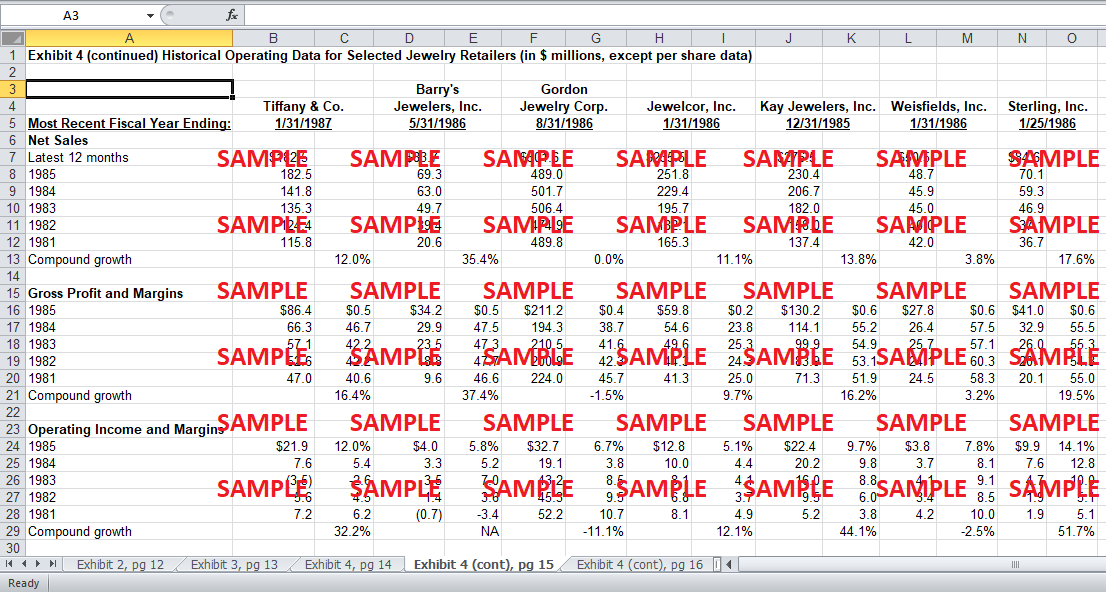 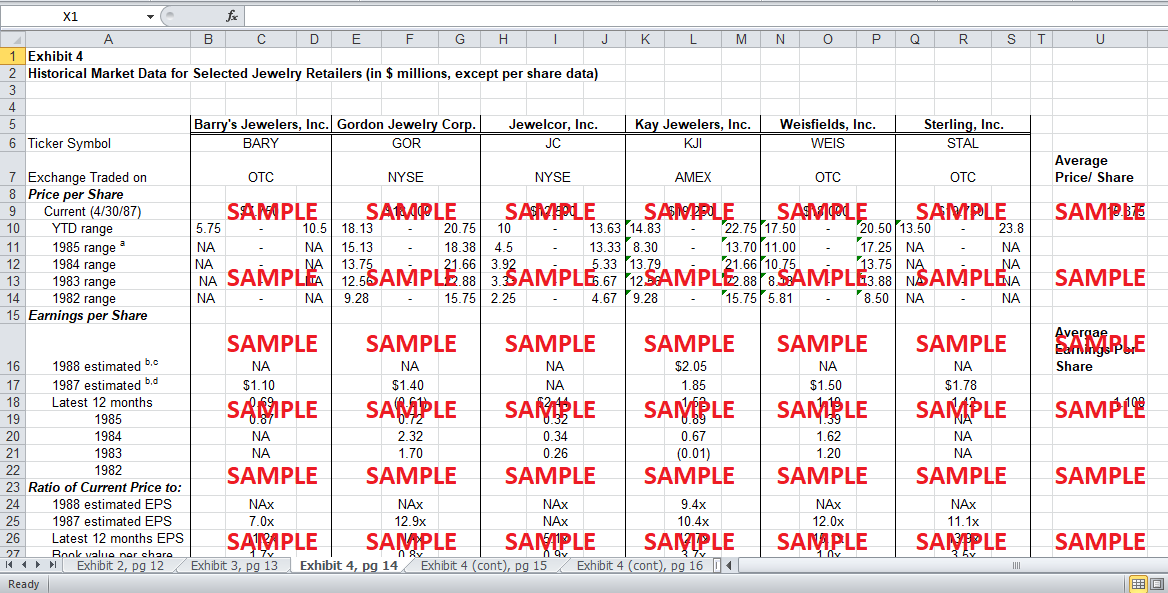 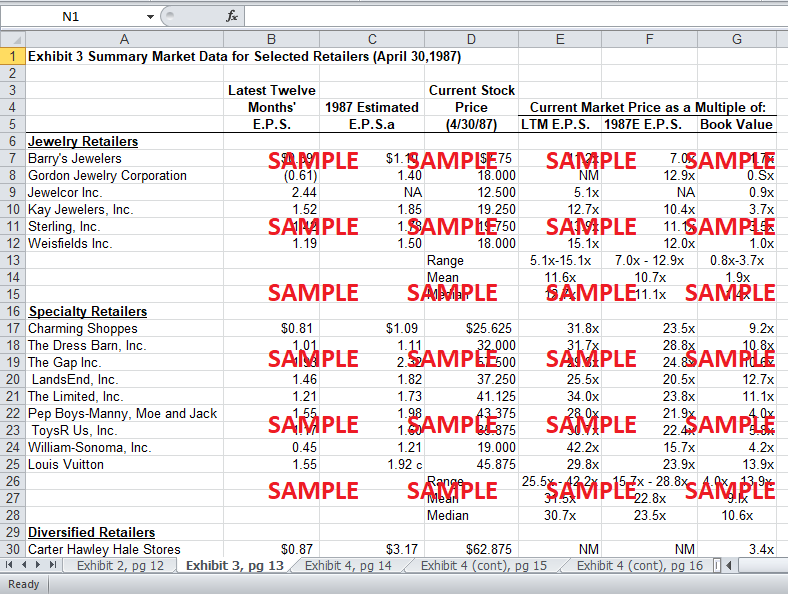 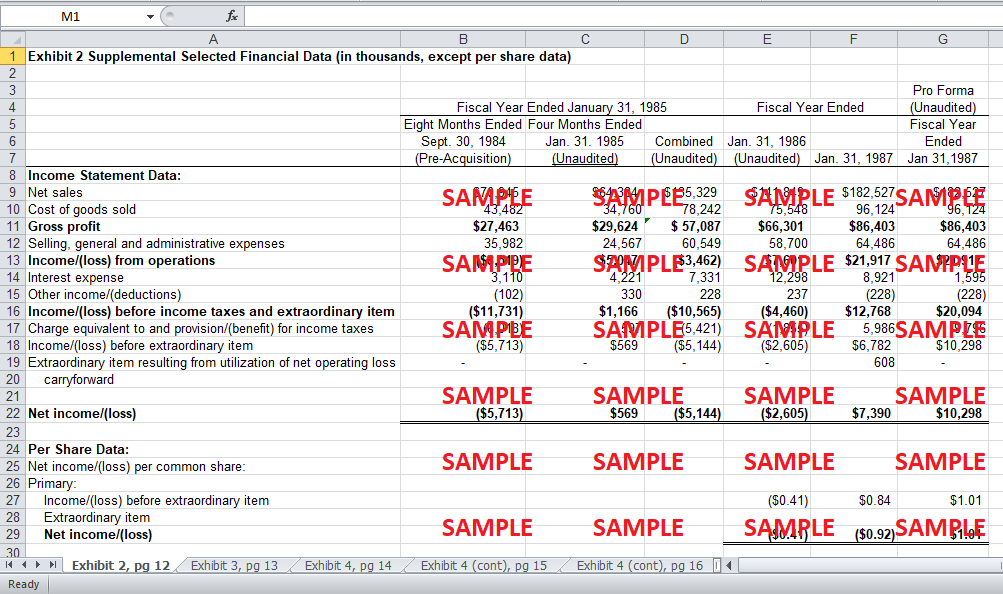 Case Analysis for Tiffany and Co

To calculate the Intrinsic Equity value of Tiffany, the given book value of the firm in the year ended 1987, i.e. $6.41 is multiplied by the number of common shares outstanding. The resulted value for the intrinsic Equity value of Tiffany after multiplication is $52.7 million. Hence, the rest 13.9 million is the intrinsic value of the debt, based on the projected net income and balance sheet data.

2. Why do customers buy from Tiffany? Is the “need or desire” different for an engagement ring from Tiffany’s in New York than for a sterling silver bookmark bought from a catalogue as a corporate “give away?” How do your answers to these questions impact the comparables you choose to estimate a PE ratio?

Tiffany and Company opened as a “Stationery and Dry Goods’ shop, introduced gold jewelry and Swiss watches in 1845. In the year 1847, Tiffany and Company was able to put French crown jewels on display. From that day onwards, the Tiffany became a premium American jeweler and dubbed as “King of Diamonds” by New York press. Later on, world leading silver manufacturer became a part of the company and thus assured Tiffany’s leadership in the silver industry. It won the first ever model awarded to an American silver maker at the Price Exposition of 1867. Increasing its line of business, Tiffany entered into gemstone industry when most acclaimed American gemologist, George F. Kunz joined Tiffany. Tiffany, under the leadership of Walter Hoving, grew tremendously and by the late 1970s, it was twenty times larger than when Hoving had first assumed leadership. Avon Products, Inc. bought the company in 1979 and sought to build Tiffany by broadening product line, by developing and implementing new processing systems. In short, Tiffany’s long and bright history as a jewel retailer has made it a brand for its customers, due to which American families flocked to Tiffany’s to order their jewels, the invitations to the social events, their silver patterns and honoring objects.

3. Why are the investment bankers so focused on comparable data? You are Chaney. Should this concern you?

In the autumn of 1986, Tiffany’s top management began to explore refinancing option, which might be open to the company in the coming year. One of the three options being considered is to sell the shares to public in initial public offerings. One of the preparatory steps to “going public” for the management and investment bankers is to decide the pricing of initial public offerings. To determine the price at which a newly-issued Tiffany common stock would sell, investment bankers are so focused on the market valuation of the comparable business. Jewelry retailer, specialty retailers and diversified retailers are three groups of publicly owned companies with which Tiffany was one way or another comparable. Valuation analysis using comparable data helps management to determine practical price per share. If the initial public offering of shares price is inordinately high in front of the number of market investors, it will cause a hostile reaction from the financial community. Moreover, the estimation of the pricing of the share would help investor bankers to decide whether they should go for long position or short.

As a Chaney, member of top management of the company, the comparable data is worthy to be concerned. Comparable analysis is the analysis of the public traded companies having same operations and location, with a similar level of revenues and market capitalization. These comparable companies are operating in a stock market and issue regular financial statement; therefore, they are subject to the same market pressure, laws and regulations. One of the most salient aspects of the valuation analysis in the eye of Chaney is determining what the worth of Tiffany franchise is as brand names often obtained valuation appraisal that could be defended using financial results. In conclusion, comparable data requires consideration from investment banker and top management of the firm to estimate price and value of the firm.

4. What is the “Tiffany franchise” worth, over and above the uFCFF?

Tiffany is considered to be a leading brand in jewel retailers. As mentioned, while determining the worth of the company, brand names with rapid recognition are expected to obtain valuation premium. Similarly, Tiffany worth, calculated using comparable data, is over and above the uFCFF. Unlevered free cash flows for coming years are obtained by adding change in net working capital, capital expenditure and taxes in EBITDA. Discounting uFCFF gives the value of the firm, i.e. $73 million. Worth of Tiffany franchise is more than $60 million above the value obtained through unlevered free cash flow of the company. The reason of this valuation appraisal is due to the recognition of Tiffany as a brand.

5. At what price per share should Tiffany take its equity public?

One of the vital preparatory steps, to transform Tiffany into a public company, is the determination of the price per share at which Tiffany should take its equity public. In the preliminary document filed with the Securities and Exchange Commission indicated the price in the range of $21 to $23 per share. As there is no formal obligation to stick into this range, so investment bankers and Tiffany’s management is the range and trying to determine the price at which the Tiffany’s share would gain attraction from market investors.