This case study deals with the profitability analysis of American Centrifuge project to USEC. Mackovjak, an analyst working for Rivvana was given a task by the management of the company to recommend whether the shares of USEC are undervalued or overvalues. Before, he could make a final recommendation; he had to assess the value addition of American Centrifuge Project that would affect the share price of the company significantly in coming years if the company adopts that project. 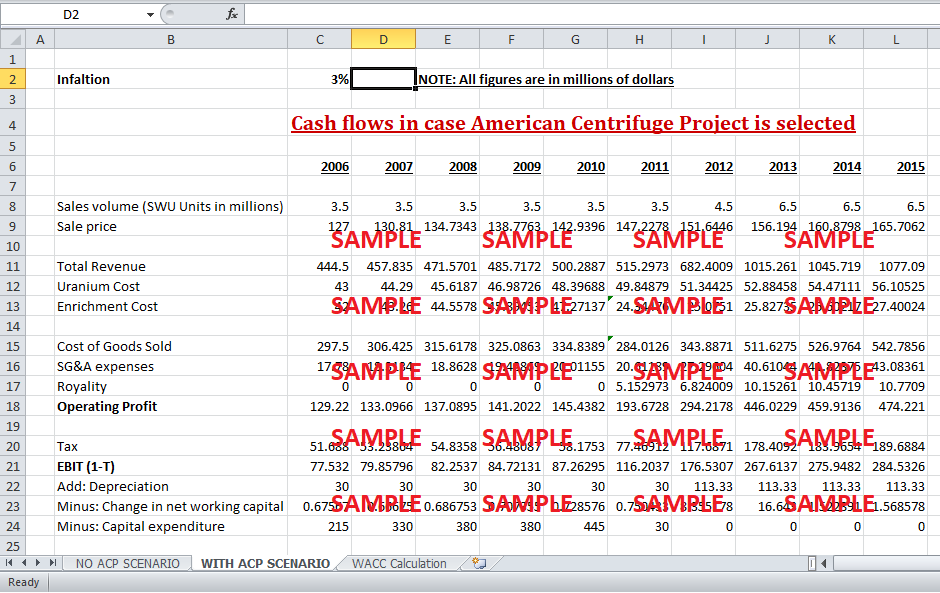 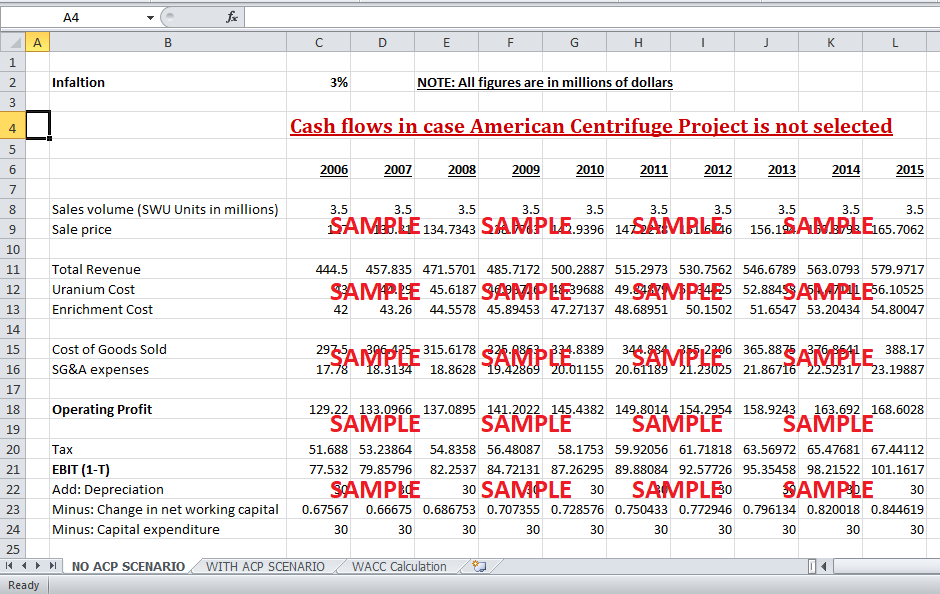 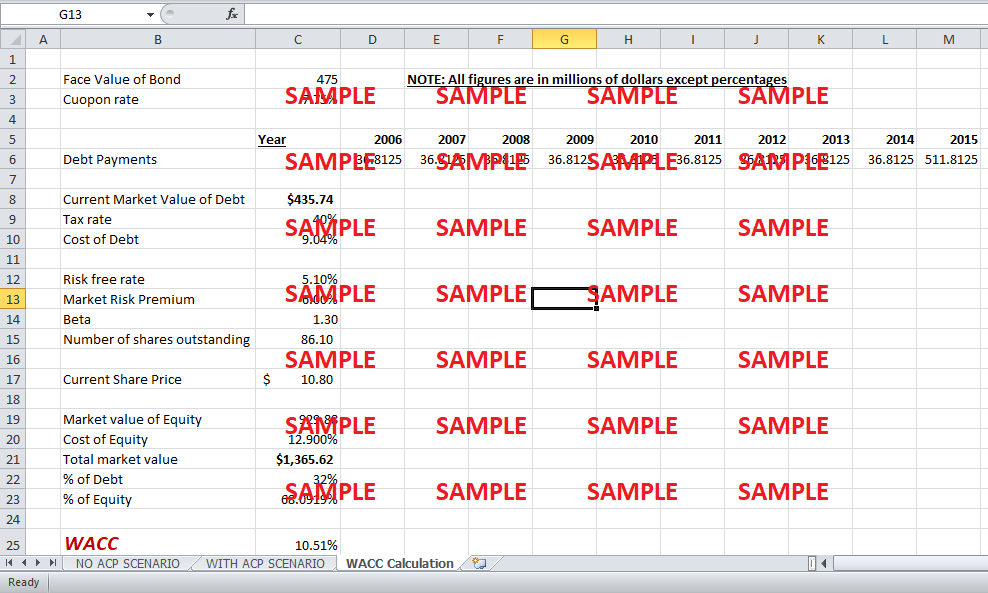 USEC is one of the largest energy companies in the world, and it is the only company in United States that operates the uranium enrichment facility in the country. The current market share of the company was 50% in North American and 30% in the globe. A successful implementation of American Centrifuge Project would double the scale of operations of the company. Currently, even if the company operates its Pudacah plant at full capacity, its annual production will be 3.5 million SWU’s. However, by replacing Pudacah by American Centrifuge Project, USEC will be able to expand its production capacity to a maximum of 6.5 million SWU’s by the year 2013. Also, this new project was expected to increase the competitive position of the company by bringing in cost efficiencies. The demand and price of SWU’s were expected to increase significantly in the future. Therefore, the company wanted to exploit these growth opportunities by expanding its scale of operations and increasing operational efficiency. The variable elements of production costs were expected to decrease significantly by replacing Pudacah by ACP.

However, the company cannot make a decision solely based on the advantages of ACP. The company has to take into account huge fixed costs associated with the project and do a cost benefit analysis. One way to do this is “Discounted Cash Flow” method where incremental cash flows should be discounted to get the value addition of project in dollar terms. The discount rate used should represent the level of riskiness of American Centrifuge Project.

5. Choice of Discount Rate and the Riskiness of ACP

The discount rate used for discounted cash flow analysis depicts the level of riskiness of a project. WACC for a company is essentially the weighted average required rate of return asked by the lenders and shareholders. The higher the level of the business risk, the higher the WACC for that purpose. American Centrifuge Project will be assimilated in the existing operations of the company, and the riskiness of the overall operations of the company remains the same even after the ACP is adopted. The suitability of the project and depends upon the level of cash inflows, outflows and opportunity costs associated with the project. All of these aspects are represented by the incremental cash flows. Therefore, WACC calculated for the company can be used for the American Centrifuge Project because it has the same risks associated with it as are with the existing operations.