American Cable Communications is one of the largest cable operators in United States. The changing dynamics of the cable industry has led the company’s executive to believe that the business consolidation is going to be important for survival in this industry. American Cable has been using business acquisition as a regular method of business expansion. Their management has gained considerable expertise in identifying companies that might serve as good acquisition targets. American Cable is contemplating the acquisition of AirThread Connections in a bid to expand its operations. AirThread Connections is one of the largest regional wireless companies, serving more than 200 markets in five geographical regions. AirThread operates in an intensely competitive environment and is at a cost disadvantage relative to its competitors. AirThread is perceived to be a good acquisition target because of the potential synergies on offer. AirThread offers wireless service, which can be bundled together with cable services to attract more customers. The competitors of both business have been bundling together cable and internet services in order to attract customers. Thereby, AirThread is at a competitive disadvantage as it only offers a single service. It is believed that the merged company will be able to increase its revenues as well as decrease its backhauling expenses. American Cable is unsure about various aspects of the value that can be attributed to AirThread. Therefore, they need to decide on various valuation issues before they can make a decision about the bid price for AirThread. 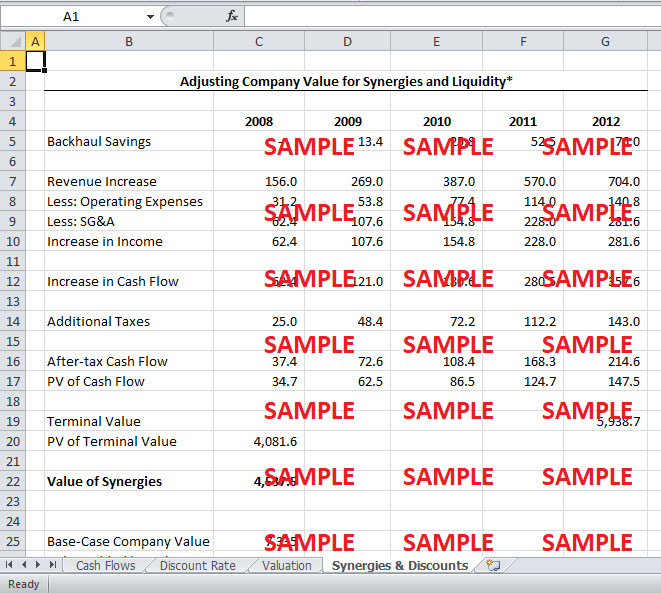 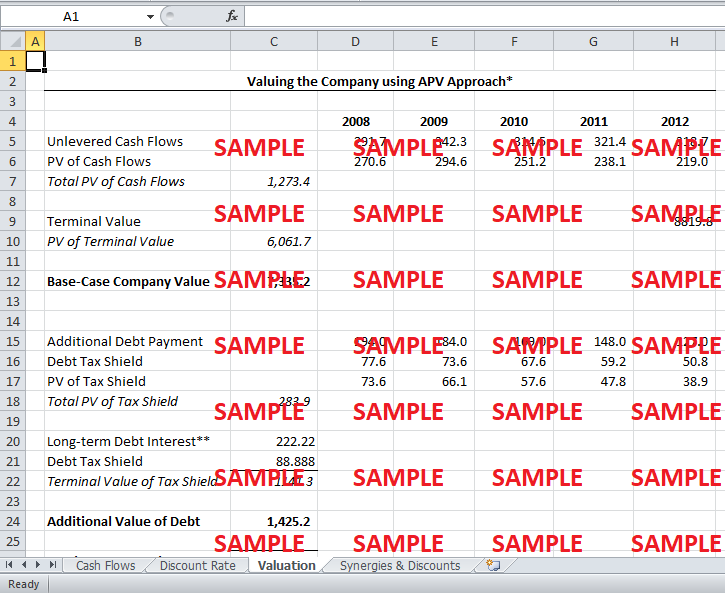 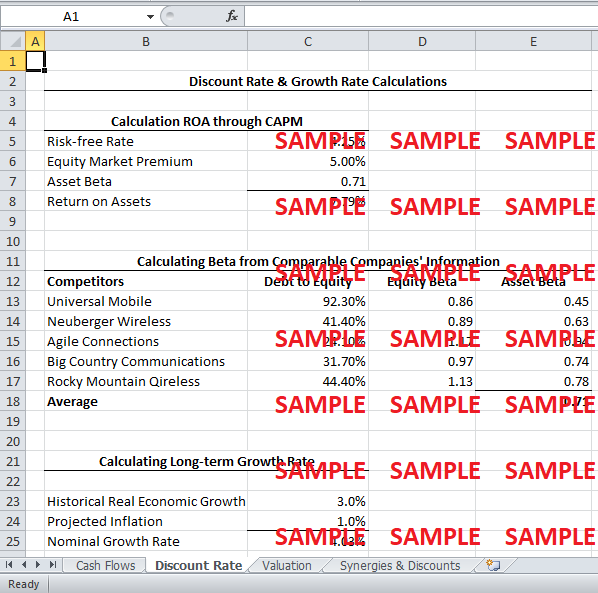 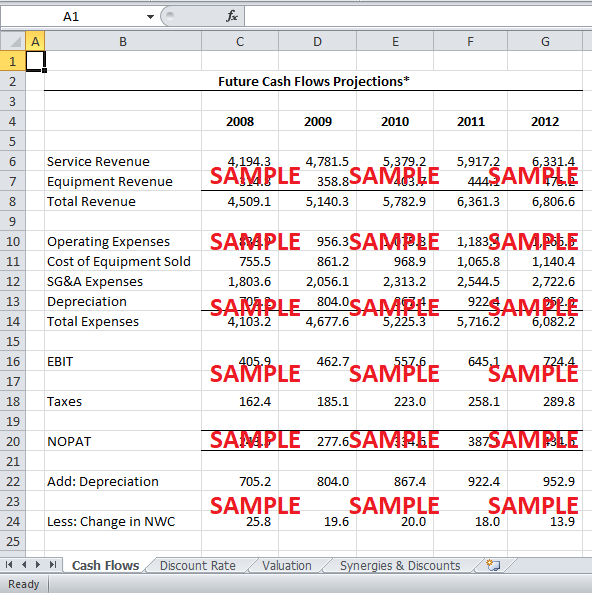 Considering the information provided in the case study, the discounted cash flow approach appears to be the most logical valuation method for AirThread. In a practical setting, the results from discounted cash flow approach should be compared against other valuation approaches such as the multiples approach. However, the unique nature of the company and the absence of comparable companies multiples prevents us from using any technique other than discounted cash flow. Nevertheless, there are many variants of the discounted cash flow – a multiple of those variants can be used to value AirThread. An obvious choice of alternatives would be to choose between free cash flow (FCFF) approach based on WACC and the adjusted present value (APV) approach. In this particular case, the adjusted present value appears to be the more dominant choice. In a simplistic scenario, both of these choices should give similar valuations. However, adjusted present value is dominant in this case because the debt levels of the company are drastically changing over the forecasting horizon of next five years. The adjusted present value diminishes this problem by separately calculating the base-case value of the company as if it were all-equity financed and then adding the value of tax shield generated by interest payable on the debt. Under the free cash flow approach, the debt tax shield is accounted for under a lower WACC. However, the WACC will need to be adjusted for changing debt levels with the passage of time. Therefore, the free cash flow approach becomes more complex as the leverage levels of the company are not at their optimum levels during the forecasted time period. APV has another advantage of separating the value attributable to the operations of the company, and the value associated with increased leverage. Any financial distress costs associated with the high debt levels can also be easily incorporated into the calculations. Therefore, the explanatory power of the calculations is enhanced.

The discount rate under the APV approach is simply the required return on equity if the debt level is zero. The cash flows under the APV model are forecasted under the assumption of zero leverage. Therefore, the discount rate also has to reflect this assumption. Such a discount rate can also be interpreted as the required return on asset. The discount rate can be estimated using the Capital Asset Pricing Model (CAPM). However, the beta under the CAPM model will be slightly different. Just the equity beta in the CAPM gives us the required return on equity, using an asset beta can give us the required return on asset. The asset beta is simply the unlevered beta for a company. The unlevered (asset) beta for AirThread can be assumed to be equal to the average of the unlevered beta for the industry. The exhibits of the case study already provide information about the equity betas and leverage ratios for competitor companies. Under the assumption that debt beta is zeros and tax rates are the same for all companies, the Hamada equation can be used to unlever the betas for competitors, and hence estimate the unlevered (asset) beta for AirThread. The estimates for equity market risk premium and the risk-free rate (10-year US treasury yield) are already provided in the case study. Using this information, the CAPM can be applied to calculate the appropriate discount rate for APV model.