Waltham Motors produced a single design electric motors used to manufacture household appliances. Waltham Motors was a subsidiary of Macro Corporations. In May, Sharon Michaels, the controller of the firm, was concerned about the performance of the firm during the month because of the loss of a major customer contract. She asked the accountant to prepare a performance report as soon as possible. The report indicated that Waltham’s plant performance was good because all the costs were under budget. However, the actual income reported a loss of $7,200. The actual cost and revenue had to be compared with a flexible budget of 14,000 units and adjusted for the loss of contract. 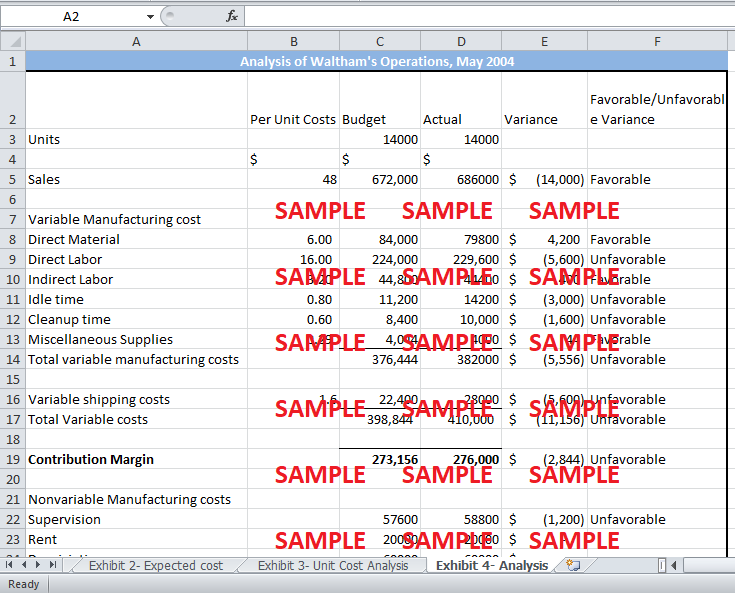 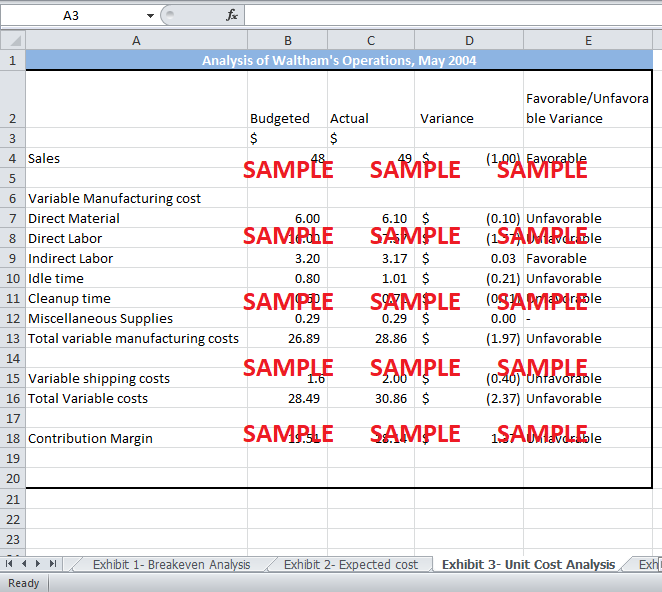 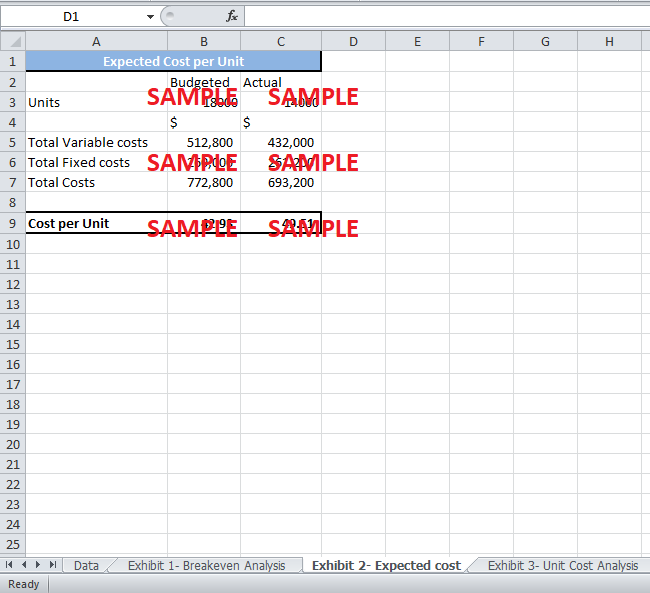 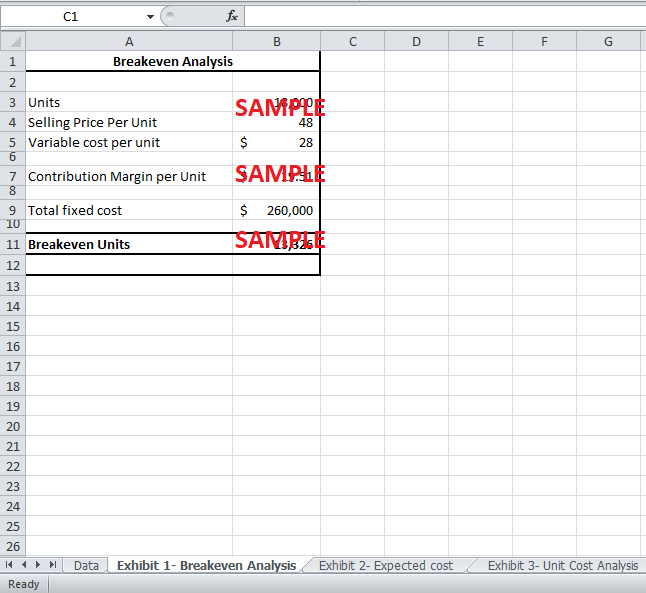 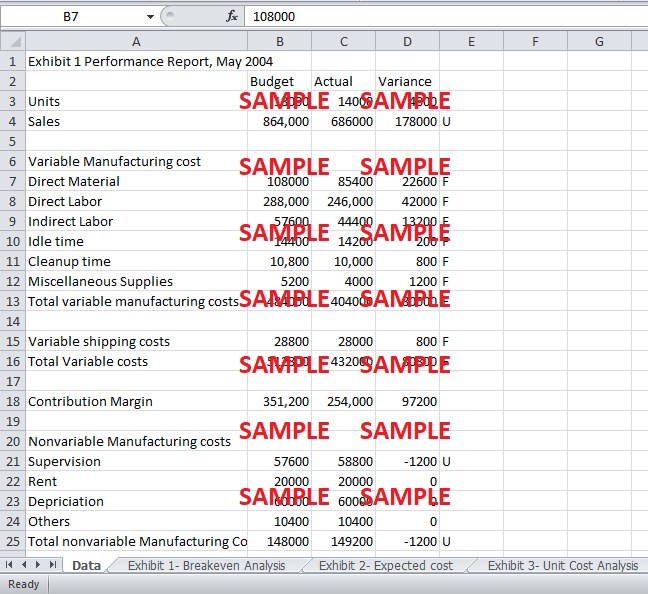 1. Using budget data, how many motors would have to be sold for Waltham Motors Division to break even?

2. Using budget data, what was the total expected cost per unit if all manufacturing and shipping overhead (both variable and fixed) was allocated to planned production? What was the actual per-unit cost of production and shipping?

In the performance report, the accountant also failed to mention the loss of customer contracts during the month. The significant difference in expected and actual income could be due to more production than sales. The reason for the higher per-unit cost of direct material and direct labor could be that the plant produced more units than it sold. Therefore, the actual values of direct material and direct labor appear to be the cost for 15000 units of production.