Alfa is the largest private company in Mexico, financed heavily by foreign, US Dollar denominated, debt; however, given the rapidly depreciating value of the Mexican Peso against the US Dollar, Alfa has been left unable to meet its credit payments, and in breach of its contractual obligations on its loan agreements. As a result, the company is now left with only two options; declare bankruptcy or undergo significant capital restructuring. In this case, the company would prefer to undergo a capital restructuring program, and would have to convince the stakeholders concerned to not opt for immediate payments through legal bankruptcy proceedings. It will, obviously, be achieved by suggesting restructuring as a more attractive alternative. 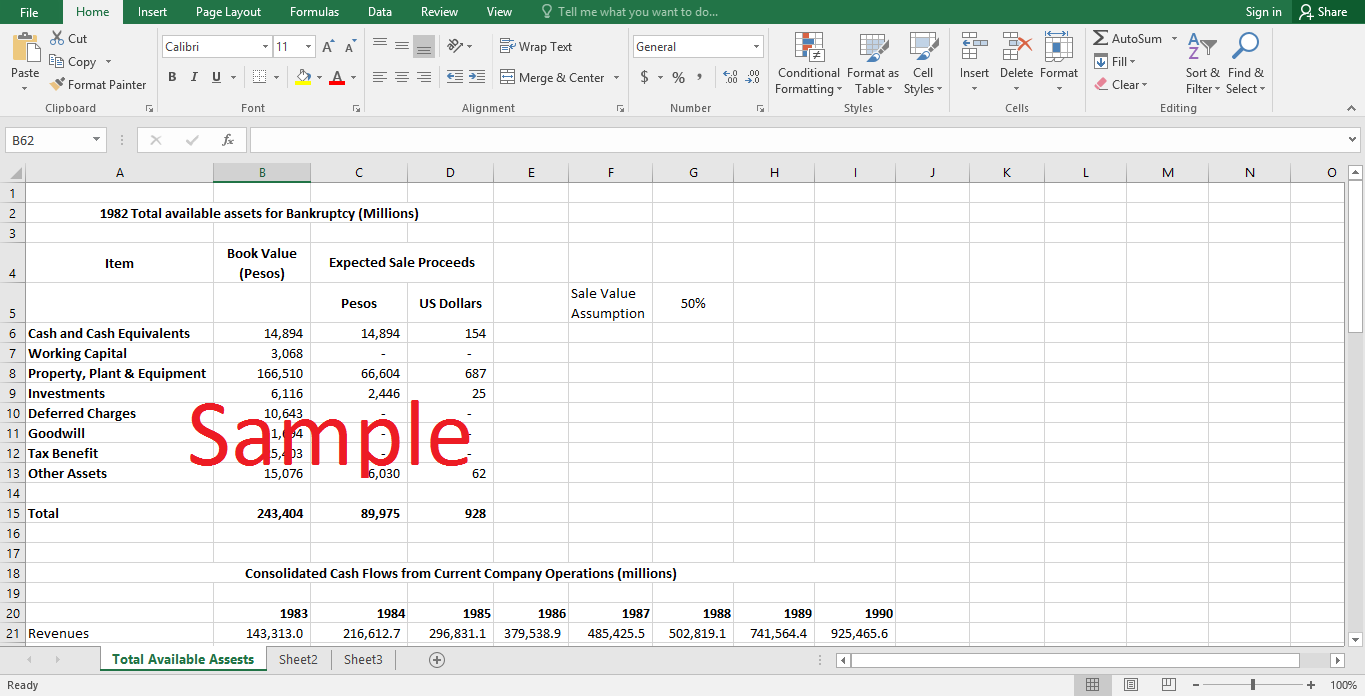 In case the company goes bankrupt, its assets will be sold, and the proceeds used to make payments to all the creditors. In such a scenario, trade creditors and other short term credit issuers will have the first lien on the company’s assets. The remainder will be distributed to the banks, and any proceeds left after that will be given to the shareholders. There are three problems in going for bankruptcy. First the fixed assets, on sale, may not yield the value on books. In most cases, since the sale in a bankruptcy is done on an urgent basis, the assets only yield 40% to 60% of what they’re worth on the books. This problem is exacerbated by the fact that 20% of all of Alfa’s fixed assets constitute of projects under development, and aren’t worth anything in terms of cash flows. The second problem is that, in case of bankruptcy, assets like deferred revenue or tax are worthless. The third problem is that current assets, like debtors, are not readily receivable while others like prepaid expenses (insurance etc.), are not refundable. Therefore, working capital can be assumed to be nil (net of current liabilities). This comes down to a bankruptcy value range of Ps 74,959 million, which amounts to US$ 773 million, to Ps 104,991 million, which amounts to US$ 1,082 million.

Therefore, in order for the restructuring to be acceptable to the liability stakeholders, the value they receive at the end has to be greater than Ps 89,975 million (average of the range). Given the support of the government, the company expects to make certain future cash flows (given in exhibits 4 to 13).

Upfront, half of all preferred shareholdings will have to be converted into common shareholding of equal value. As a result, preferred shareholders will forego half of their annual preference dividend. This will be acceptable to the preference shareholders because the alternative (in case of bankruptcy) is a value of nil since the total proceeds of the bankruptcy will not even cover the banks’ loans. The majority stakeholder in this case is the government, which will be accommodating.