Since 1949, Harlequin Enterprises Limited (Harlequin) dominated the production of a series of romance novels through the use of innovative strategies. In 1970, harlequin gained a growth rate of 25percent per year. However, harlequin’s management identified that in order to sustain this growth it would be critical to enter the single titled Women novel market. The growing popularity of single titled women fiction threatened the dominance of Harlequin in the romance publisher market. Therefore, Donna Hayes, vice president of Harlequin’s direct marketing, proposed the launch of MIRA, a single-titled woman’s fiction program. Hence, the analysis of MIRA program needs to be done to determine the feasibility of the project for Harlequins. 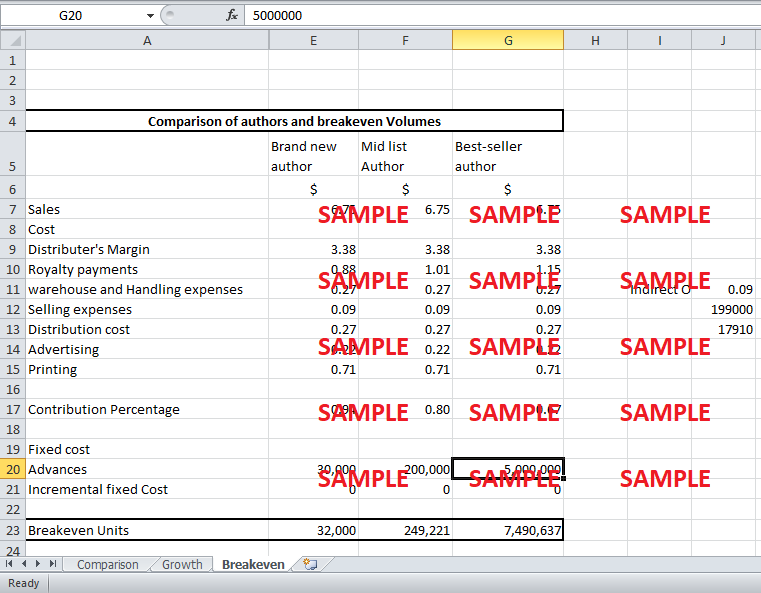 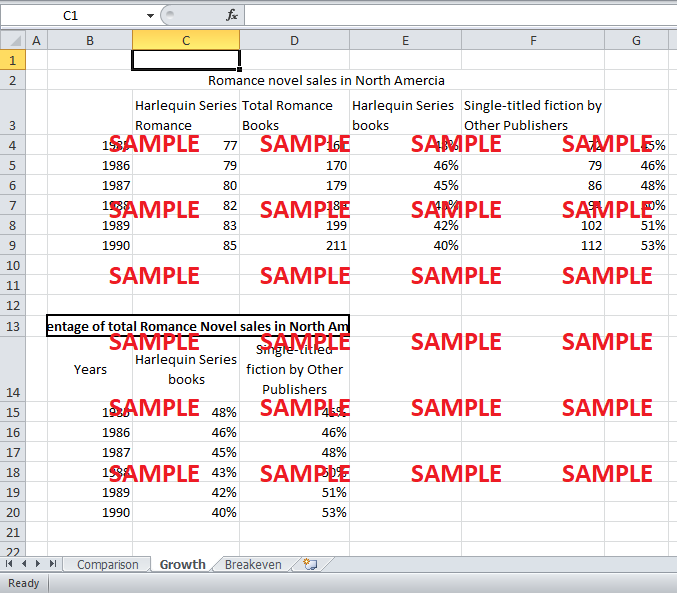 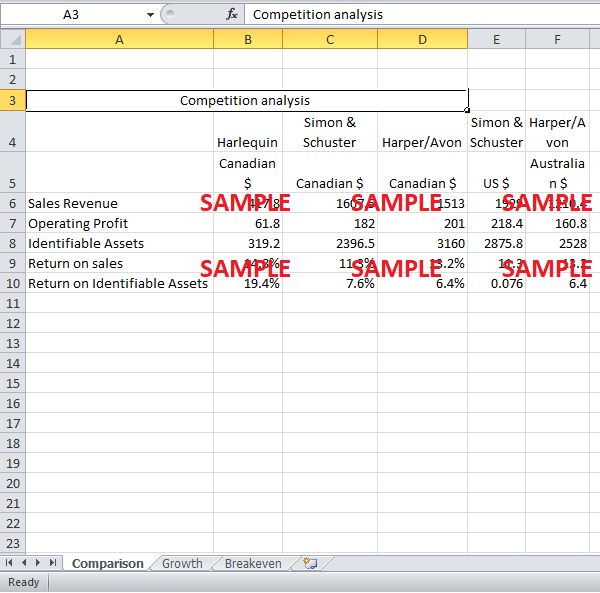 Firstly, the industry trend indicated the continuous growth of demand of single-titled women’s fiction compared to relatively stable demand for series romance novels. Moreover, the single-titled romance novels make up approximately 50% of the total romance novel sales. Furthermore, in North America, the sales of single titled romance novels of other publishers had consistently increased from 45% to 53% while sales of Harlequin romance series novels have fallen from 48% to 40%. The graph shown in exhibit A depicts the growth of sales of both types of romance novel. The stalling unit sales trend in Table 1 of the case study is a reason for concern for the organization. It shows that the growth in profit is brought about by the increase in prices rather than by the volume of sales. Therefore, for Harlequin to stabilize its growth and enhance brand loyalty, the entry into the single titled women’s fiction is necessary.

Harlequins sophisticated distribution system is a key advantage for the company if it is aiming to launch MIRA. Single titled novels are distributed by other publishers in bookstores while harlequin’s books are distributed in through retailers, bookstores, drugstores and direct mail. Furthermore, Harlequin has an already established brand name. This would mean that Harlequin loyal customers who read other publisher’s single-titled books will purchase MIRA single titled books as well.

Harlequin’s infrastructure is another plus point where the launch of MIRA is concerned. The indirect overheads would not increase once MIRA is introduced and this would help harlequin in remaining competitive with other publishers. As MIRA helps Harlequin expand and diversify, the firm will be able to gain economies of scale and increase profitability in the long run. Additionally, Harlequin’s access in foreign language markets will facilitate the MIRA through the use of retail relationship, translation services and distribution networks. Hence, the increase in cost of production due to the launch of MIRA would be minimal.

A comparison of Harlequin with its competitor is shown in exhibit B. As Return on sales of Harlequin is higher than its competitor, we can say that harlequin manages its expenses better than the competitors. Similarly, with higher return on identifiable assets Harlequin is able to manage its assets more efficiently. However, the sales revenue and profit of competitors are higher than that of Harlequin. This is because Harlequin is a smaller firm as compared to S&S and Harper. This can be seen from the fewer identifiable assets that Harlequin possesses. All this analysis suggests that it is time for Harlequin to expand. It has the potential to grow because it is both profitable and efficient. Harlequin can also start to produce other kinds of genre beyond romance. It already has a distribution system in place, a direct sales channel and customer loyalty which needs to be adapted to sustain more kind of books. MIRA would be a step of the firm towards diversification.

Launch of MIRA will also facilitate Harlequin in strengthening its barriers to entry in the women novels market. The efficiency, low production cost, product quality and distribution management would enhance brand recognition of Harlequin and drive out competition.

Single titled Romance novels are a high-risk venture for a number of reasons. Firstly, each book requires its own introduction into the market. Thus, the risk is associated with the author’s popularity, the content of the book and the market response. This makes the single-title series publishers vulnerable to the possibility of authors shifting to other publishers. In harlequin series the success of harlequin is less dependent on the authors because all writers have a consistency to write with in some guidelines.

Once Mira is launched, Harlequin will face a more complex processing of authors long term contracts, advances and royalties. This would produce high financial pressure on the firm and would require a high investment. This investment may not be recovered in the future if the MIRA fails to achieve break-even sales targets.

Additionally, even if Harlequin manages to gain economies of scale the impact of MIRA products on cost will be significant. The production, marketing and distribution cost will rise materially because each single-title book will be a unique product. This means that each book would require a different design, marketing strategy and promotions campaign. Hence, higher sales volume would be required to breakeven. Also, Standardized books cause significant economies of scale in printing, distribution and advertising. It simplifies author management and retailers’ positioning and sales forecasting. Hence, once MIRA is launched this process would be complicated.