A family living in Boston, comprising of Beth Linton and her Husband had rented a home for them in the suburbs of Massachusetts. They had planned to live in that area for five more years, after which they will move to another place. In 2006, their landlord raised their rent from $3000 per month to $3600 per month, a 20% increase. After such an enormous increase in rent, Beth seriously started to consider her father’s advice to buy her own house instead of paying rents and ending up with no equity. A key assumption in the rent versus buy decision was that the couple had to live in that area just for 5 years. The case deals with finding out the better alternative for the couple using figures and estimates laid out by their accountant. 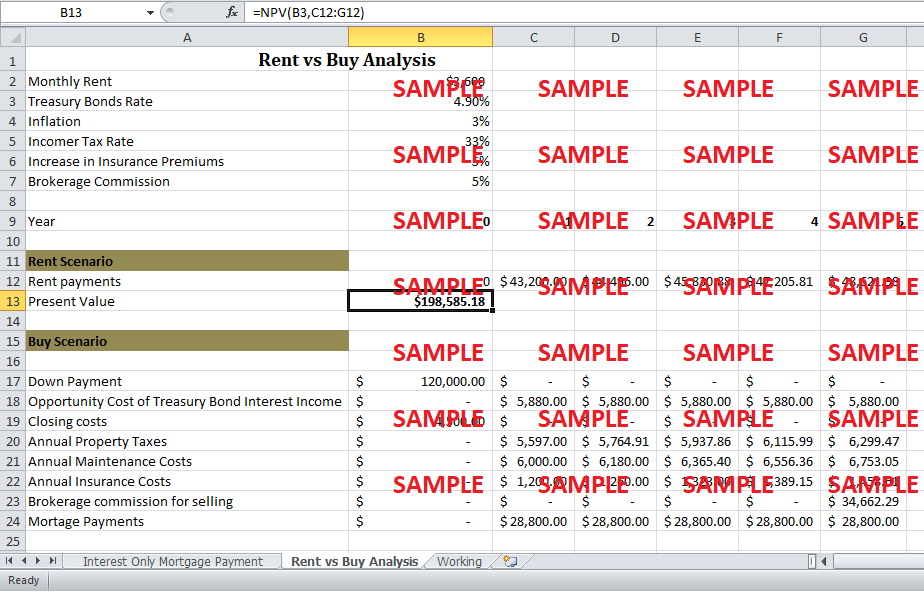 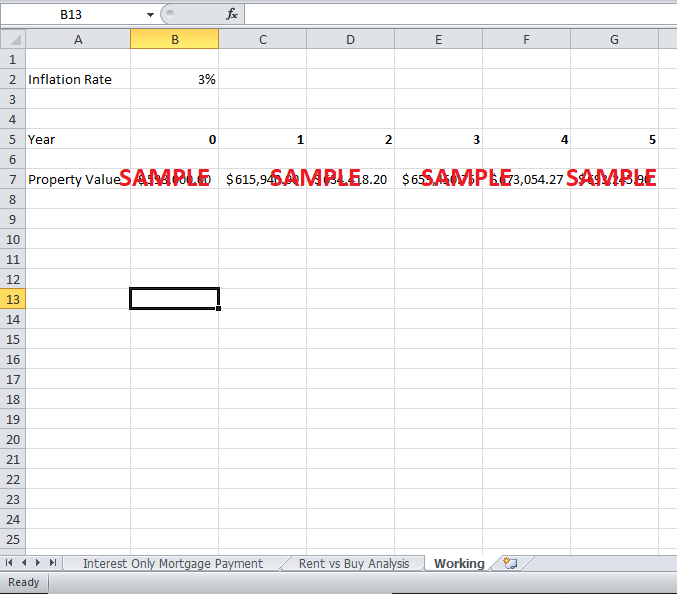 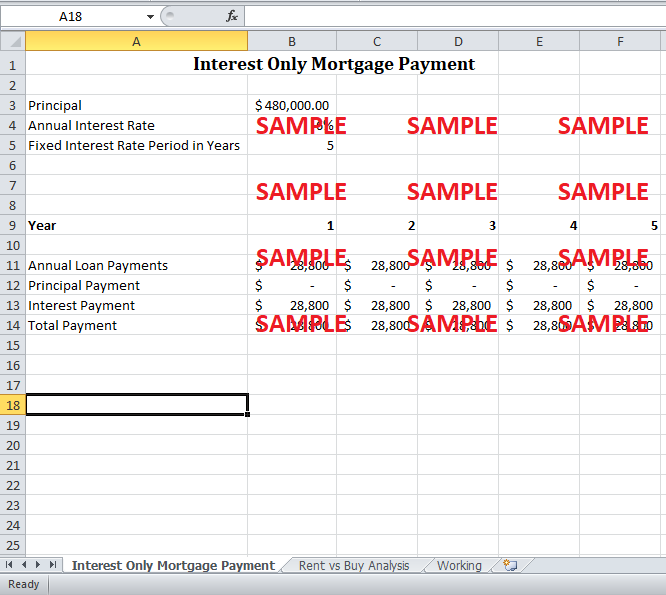 One most obvious way to solve the problem is by laying out the costs of each alternative and then comparing them with each other. Regardless of the fact that the couple chooses to rent or buy, they will move out of that area and abandon the house or sell it after five years. Therefore, only five year period is relevant for the purpose of analysis. Therefore, all the costs relevant to choosing an option should be calculated and then compared with each other. For the purpose of comparison, costs relevant to both the scenarios should be discounted to present value. The option with lower value of present value of costs is the better option for the couple. Another way of doing this is through calculating the incremental costs of buying versus renting the place. If the present value of incremental costs is positive, it means that the present value of buying is higher than renting the place and vice versa.

3. Funds for Buying the House

Costs for buying the house are approximately $598,000; however, only $120,000 of this cost has to be paid up front. Other than that, there are many other upfront costs like legal fees, home inspection and title search etc. The couple decided to pay for upfront costs by partially selling their investment in treasury bonds. They had saved $150,000 and invested in treasury bonds at an interest rate of 4.90% per annum. Out of these savings, $120,000 will be removed from the investment and used to pay for upfront costs. For the rest of payments, the couple decided to raise $480,000 through interest only mortgage loan. This loan was different from normal mortgage loans in the way that it had a specific period for which only interest had to be paid on the loan. In this case, this period was 5 years and hence, the couple had to pay only interest annually at the rate of 6%. After that period, the loan will be converted into one-year adjustable rate mortgage. However, this assumption is not relevant to our analysis because the couple had planned to sell the house after 5 years and repay the principal of the loan immediately. This was a good option because there was no penalty associated with payment of the loan beforehand.

Monthly rent for the home in which the couple was living had been raised to $3600 per month. For the purpose analysis, these costs have to be converted into annual costs so that they can be compared with costs of buying the house. So, by multiplying $3600 with the number of months in a year, annual rent costs can be calculated. However, these costs have to be increased annually at the rate of inflation because the landlord had promised not to increase rents at more than the inflation rate. After adjusting with the inflation rate of 3%, annual rental costs for next five years come out to be $43,200, $44,496, $45,830, $47,205 and $48,621 respectively.