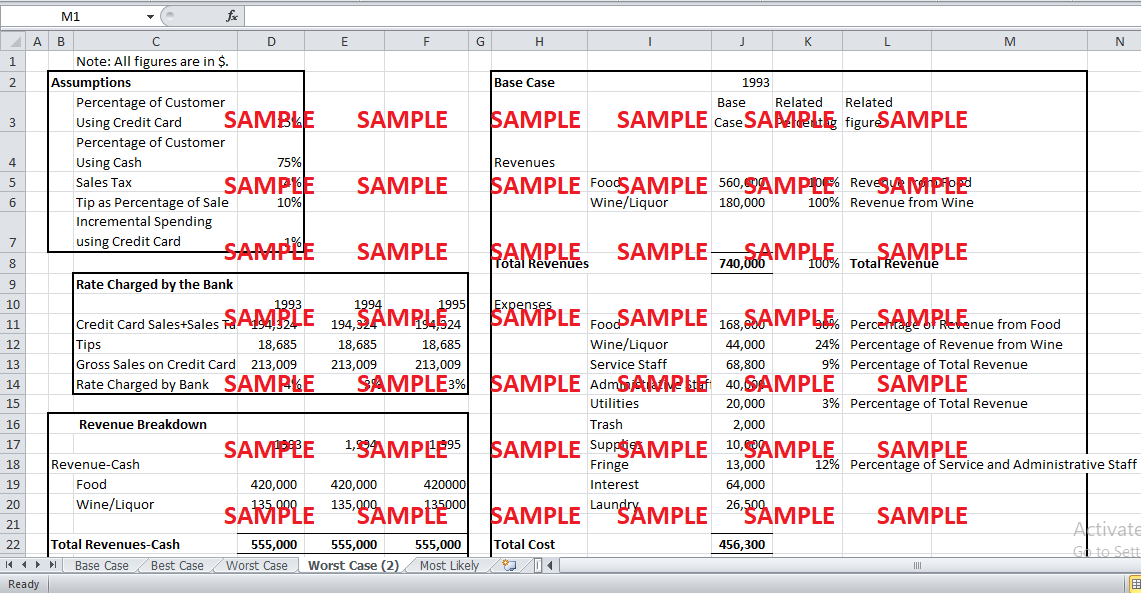 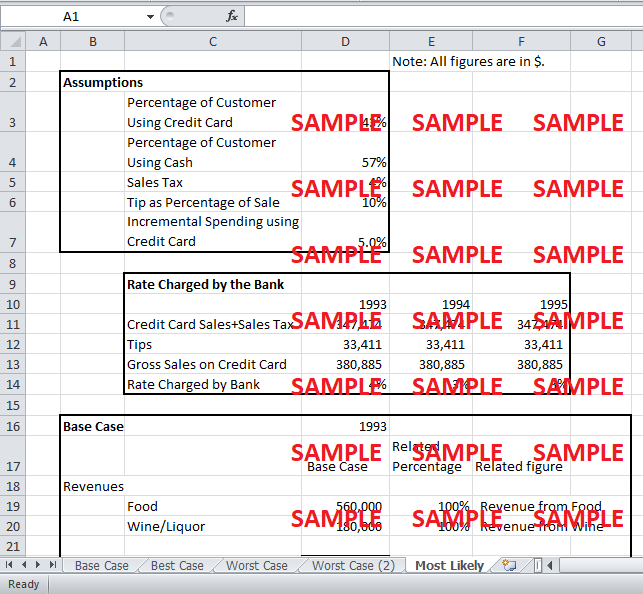 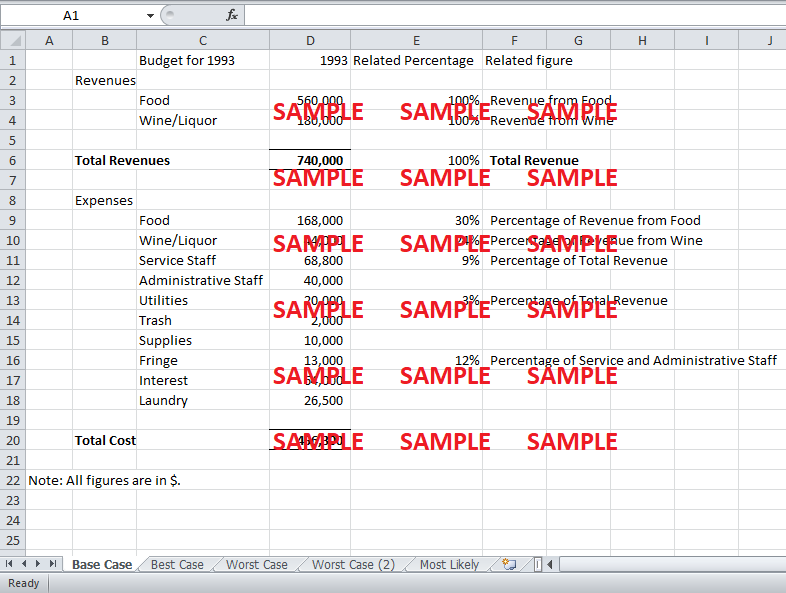 Case Analysis for The Commerce Tavern

The Commerce Tavern should start accepting credit cards or not?

The Commerce Tavern had a reputation of one of the finest colonial-cuisine restaurants in Colonial Williamsburg. The building of the hotel was built on 18th-century style, the service staff was being dressed in period attire and the whole environment seems to quite resemble the colonial era. The Commerce Tavern was almost working on full capacity all the time. Most of the customers at The Commerce were a patron of the Williamsburg area as well as faculty and students of William and Mary and less than one-third of the customers were visitors because of long lead time on the reservation. So the majority of customers were locally based and The Commerce didn’t have observed cyclical sales pattern because of the varying number of tourists.

H Franklin Nilson, the owner of The Commerce Tavern had recently faced an opportunity or issue to think about that if the credit cards should be accepted on The Commerce or not. Formerly all of the transactions are cash-based. In most of the cases, restaurants start accepting credit cards to increase sales by utilizing the access capacity. For such restaurants, the margin charged by the bank is covered up by spreading the fixed costs on extra customers. But The Commerce is always operating at full capacity so it couldn’t benefit from the increased number of customers resulting from a credit card acceptance policy. If The Commerce starts accepting credit cards, it had to pay a margin, initially 4%, of sales on credit card to the bank. If customers recently paying in cash to The Commerce shift to paying through credit card, then the margin to be paid to the bank would be an extra cost with no extra benefits.

There were multiple uncertainties involved in the situation. The first factor was that how much percentage of customers were going to pay through the credit card. It is mentioned in the case that the number of customers who adopt credit card in the first year is assumed to remain at the same level for three years. The second factor is that what is excepted incremental spending by the customers using credit cards as compared to customers paying through cash. This percentage could be as low as 1%, but it could also go to 15%. Average may lie somewhere around 8%. The third factor of uncertainty is the rate charged by the bank in years 2 and 3 on credit card sales. This depends upon the number of sales through credit card which in turn depends upon the first two factors.

All costs given for 1993 forecast are distributed into fixed cost and variable cost and cost driver is calculated for each item. Expense on food is directly dependent on the revenue from Food in that period. This expense comes out to be 30% of revenue from food. Similarly, expense on wine is calculated as a percentage of revenue from Wine/Liquor and this ratio comes out to be 24%. Expense on service staff is taken as a percentage of total revenue because when customers consume more, more staff would be required to cook the food and serve the food. The expense on administrative staff is assumed to remain constant at the current level. Similarly, utilities are taken as a percentage of total revenue and it comes out to be 3%. Trash and supplies are also assumed to remain at the current level. Fringe benefits are calculated as a percentage of Service Staff and Administrative staff. Similarly, interest and laundry are assumed to remain at the current level.

In order to analyze the impact of using a credit card, an annual budget for 1993 is taken and extended to 3 years. In the base case, all the figures remained at the same level for three years. In year 1, the bank is going to charge 4% of credit card sales. In credit card sales, tips of staff are also paid through credit card and the bank is also going to charge 4% on these amounts. Since Nilson has decided to give tips to staff after deducting bank charges which he is going to justified by a higher amount of tips on payments through credit cards. But Nilson should expect opposition from staff, but in order to made things simple, it is assumed that Nilson's policy would work. It is mentioned in the case that sales tax is 4%. The amount charged by the bank is calculated by multiplying the applicable rate with sales through credit card including sales tax and tips. It is assumed that the average tip paid by the customer would be equal to 10% of the net bill of each customer.

First of all, the best case scenario is analyzed. It would happen when maximum numbers of people are using credit cards and average expenditure by each person is also increased by maximum because of the usage of credit cards. It is given in the case that the maximum numbers of customers using a restaurant similar to The Commerce Tavern are 69% so only 31% of customers would be paying through cash. Incremental spending by customers using a credit card is taken as 14% of the previous spending and this ratio remains constant over a period of 3 years.

A modified budget is prepared to cater to all of the above factors. Total revenue from each of the food and wine is calculated as the sum of cash sales and credit card sales. Total sales for the year 1993 to 1995 come out to be $811,484 when The Commerce accepts credit card which is $71,484 which is around 10% of base case figure and this happens in the best-case scenario. All the expenses given in the base case are recalculated by using the ratios as described above and some of the expenses may remain constant at the base case level. There is an additional expense head of bank charges on credit card sales. It is computed by multiplying the applicable rate with total gross credit card sales including sales tax and excluding any tips.

After it, the total profit for a modified budget is calculated by subtracting total expenses from total revenue. These profits come out to be $301,118 in year 1 and $313,225 for each of year 2 & 3. Incremental profits because of accepting credit cards are calculated as a difference in profits in base case scenarios and profits in the modified budget.