Four key features were identified from the survey findings as important for a league team to cultivate a loyal fan base. These features are stated out to be flexibility, simplicity, professionalism and the element of fun. These four were the keys to selling a league team tickets to Springfield residents. The amount of money which the audience would be willing to contribute for a game is dependent on these four key factors of flexibility, simplicity, professionalism and the element of fun. It is realized that the sports team are not selling baseball, rather they sell entertainment. Another important finding of the survey was the fact that the won-lost record of a team had very little relevance with the attendance of the game. This finding was based on the fact that sports’ fan reported a higher inclination to pay for mediocre teams that provided a high entertainment value. Also, such teams were also reported commanding very high attendance. 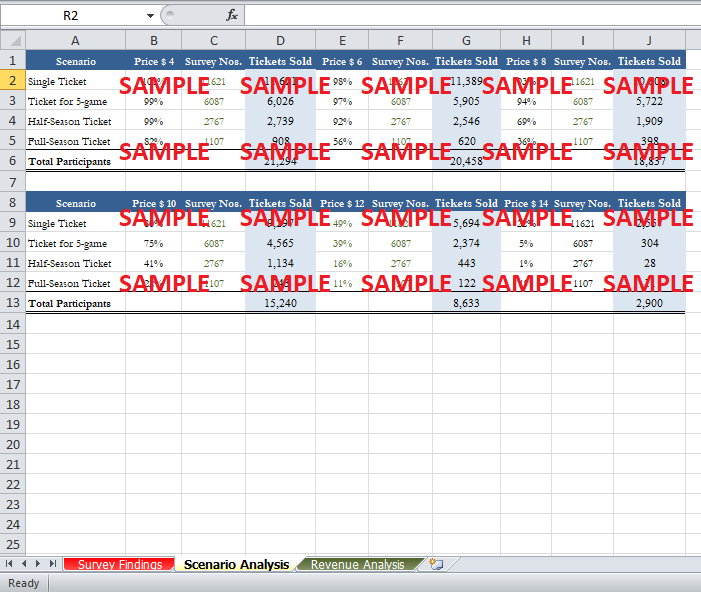 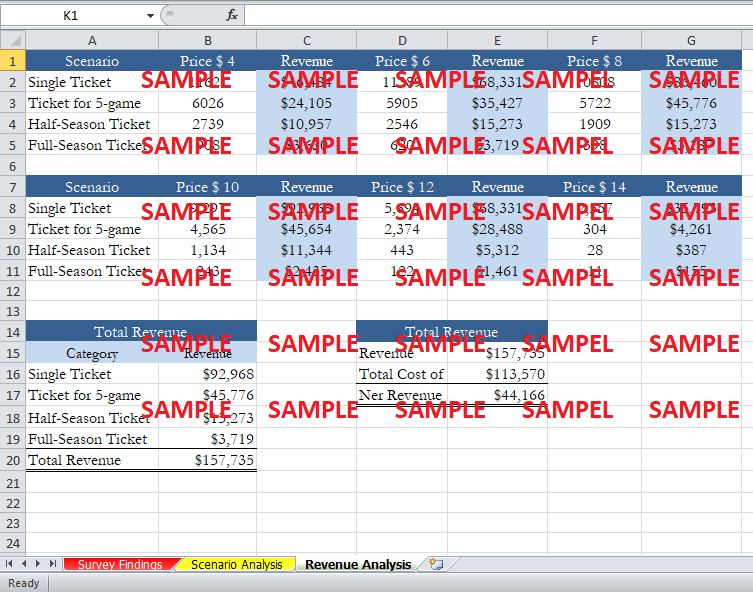 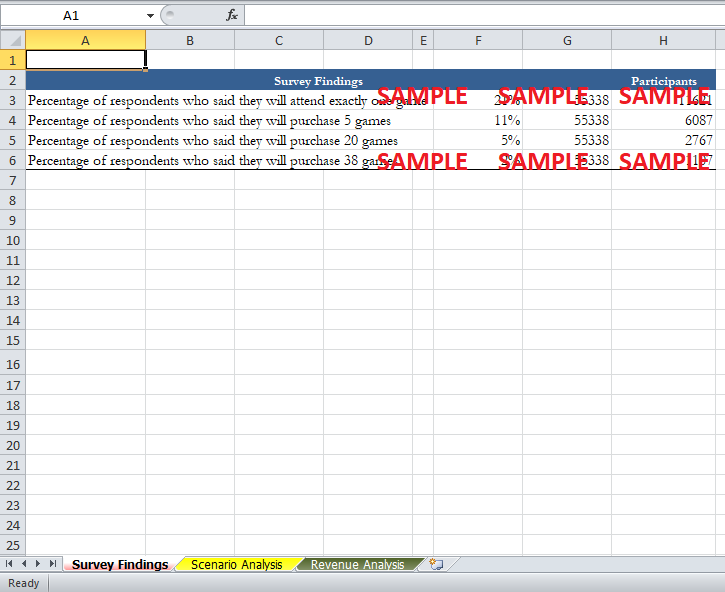 Profile of Target Market Survey findings also revealed information about likely profile of game attendees. National research conducted by the League Sports Association indicated that families with school-age children were three times as likely to attend a baseball game as retirees or families with preschoolers. The research also showed that only eight percent of those surveyed had attended a professional baseball game in the year 2005, though 23% had watched one or more games on television. The findings of the research applied to both major and minor league sports which implies that sports manager needs to be careful when using the data to draw conclusions about the minor league market.

Benchmarks for Pricing Models Another research which was conducted through telephone interviews with a minimum of six well-established minor league teams around the northeastern U.S. to better understand their businesses and their marketing perspectives. The observations made during the study was the pricing of game tickets need to be at par with the competition, for instance, price of a ticket game should be roughly equal in cost to movie tickets and bowling cost for an individual, since the sporting event is anticipated to draw the audience from these activities. The research revealed that ticket prices can be kept reasonably low if a team can make an effort to secure corporate sponsorships and sell stadium banner ads. Interestingly, research into practices of other teams revealed that some of them make half of their revenue from snacks, souvenirs, and arcade games alone. Some of the teams were making meaningful income from hot dogs, sodas, beer, baseball caps, bobblehead figures since these products procured a 39% profit margin on the minimum.

Profiling of Customers and Their Likelihood to Attend the research also contributed information about the likely profile of potential customers. It is found from the research that approximately forty percent of the population of the city would be willing to attend a minimum of one game of baseball even if they do not actively follow baseball. This is because these participants are seeking a family entertainment and perceive baseball game as a form of this entertainment. This is perhaps the most important finding, since it informs about the minimum expected revenue for the team. The likelihood of customers to attend is also a function of the pricing of the ticket. The relationship is found to be inversely proportional, that is, the lower the prices the greater the number of games a participant would be willing to attend. This relationship also defines the nature of the pricing problem faced by Burmingham. Burmingham have to choose an optimum pricing strategy from a continuum of likely options. Two extreme scenarios are those where a very price for the ticket is set and team earns by selling every single ticket, while the other is one in which very a high price is charged to customers and only most avid fans of the baseball attend the game. Within this continuum lies the pricing strategy which maximizes the revenue earned by the team.

Percentage of Likely Participation is different for Each Game perhaps the most important finding of the survey was the fact that the likelihood or probability of sales of different type of tickets is also found. It is intuitive that a greater number of attendees would be willing to purchase tickets of a single game in comparison to a five-game set of tickets. Of course, participants would be more likely to attend one game for entertainment purpose that are not an ardent fan of baseball. The responses gained from the survey for likelihood of different forms of ticket sales is given as:

These survey findings will be used to derive optimal pricing policy in ensuing calculations and tables.

What should the Nor’easter evaluate as strategically relevant factors in arriving at an optimal pricing policy?

A number of relevant factors are there which determine pricing policy for tickets of a baseball game. There are a number of strategically relevant factors in arriving at an optimal pricing policy. Firstly, the cost structure of the game – divisions of cost components in terms of fixed and variable costs – should be known so that pricing is set in a manner which covers the cost of operations. Also, the objectives of the team management are also a determinant of the ticket pricing. Sometimes, the objective is to maximize turnover in the games and to earn a modest profit, while at other times, the objective may be to optimize the net profit from the game. In the former scenario, the aim is to generate team popularity and to focus on long-run revenue earned by the team. Also, sports are competing with movies and other modes of entertainment to draw the audience towards itself. For this reason, matching the prices of other modes of entertainment is also a relevant factor for arriving at pricing policy for baseball match.

Auxiliary factors which can determine pricing strategy of the organization is the purchasing power of the target market. If the disposable income of the target market is high, then the organization can afford to charge a higher price for the games. For the case in point, the income level of this city is comparatively lower than the national average. For this reason, a conservative pricing strategy would be adopted by the management of the game. The level of popularity of baseball is also a relevant factor in determining the price strategy by Springfield Nor’easters. Baseball is not an actively followed sport in the city. This implies that Springfield cannot enter with a market skimming pricing strategy, since it will have to induce the target market to experience the game in the beginning.

Design a ticket pricing plan for the Nor’easters first season. Be very specific, and explain the assumptions, especially assumptions of cause and effect, that underlie your strategy.

The ticket pricing plan created for Nor’easters must take into account the above mentioned research findings to arrive at a for revenue stream. Research questions that were part of the survey contained the elements of both demography and inclination of the audience to attend a game. The following key facts are isolated from the research: