General Foods Corporation has many major US product divisions included Post, Kool-Aid, Maxwell House, Jell-O, and Bird Eye. Now General Foods is looking forward to starting a new project i.e. Super Project. Super is a new instant dessert, based on flavored, water-soluble, and agglomerated powder. Manager-financial analysis has a notion that sunk cost is relevant in the evaluation of the Super project. The sunk cost, in this case, includes the cost of the capacity of Jell-O building and agglomerator utilized by the super project. While evaluating the project in an incremental basis, the overhead capital and expenses are not included; as incremental basis only includes the cost that could be directly identified with the decision to accept the Super project.  Now the question is whether the sunk costs, overhead capital, and overhead expenses should be taken into account while evaluating the project or not if yes, then how? Or if anyone of sunk cost and overhead cost should be accounted for?

Following Questions Are Answered In This Case Study Solution: 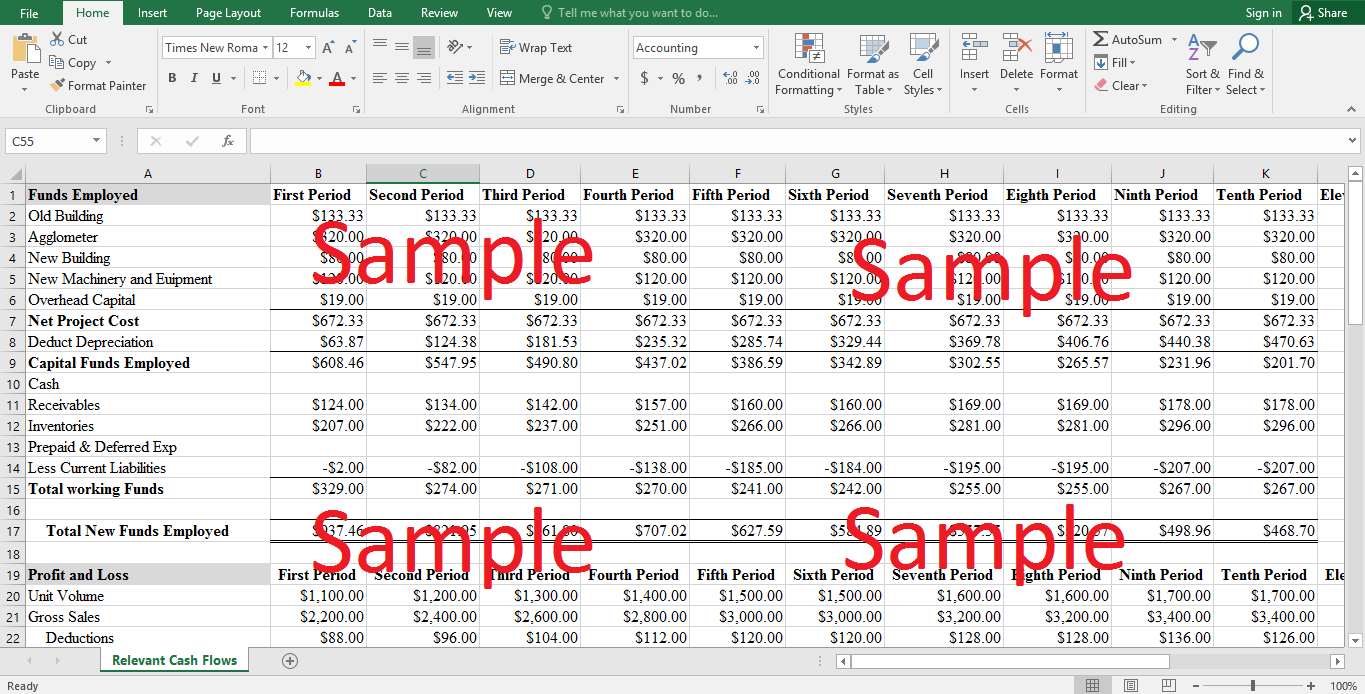 1. What are the relevant cash flows for General Foods to use in evaluating the Super project? In particular, how should management deal with issues such as;

d. Allocation of charges for the use of excess agglomerator capacity?

The Relevant Cash Flows for General Foods to use in evaluating the super project for next ten periods of operation is found out by adding depreciation and change in net working capital from profit after tax and then resultant is subtracted by capital expenditure. Cash Flows keep on increasing throughout the period. It starts from 14 thousand US dollars in the first period and ends at 632 thousand dollars in the tenth period. Ten year average for relevant cash flow is $488 thousand, and compound annual growth rate is 46%.

Test-market expenses might be a sunk cost at the time capital funds were requested, but because the new product had to pay for test market expenses cost of a market test is included as the "Other Expenses" in profit and loss statement. Moreover, the cost of a market test is onetime expense before the first period; hence, it is included in the first period.

d. Allocation of charges for the use of excess agglomerator capacity

Investment in Super project is evaluated by various capital budgeting techniques. Following are the results and practicality of these techniques:

Two types of accounting rate of returns are calculated, PAT (Profit after Tax) return and PBT (Profit before Tax) return. The PAT return of this project is 13% and it is calculated by dividing the ten-year average net profit from ten year average new funds employed. The PBT return is 26% and it is calculated by dividing ten year average of profit before taxes from average new funds employed. Super project is a proven project, and the risk of mortality is small. So the required 10-year PBT return should be at least 20%. As the PBT return is 26%, so this investment is attractive.