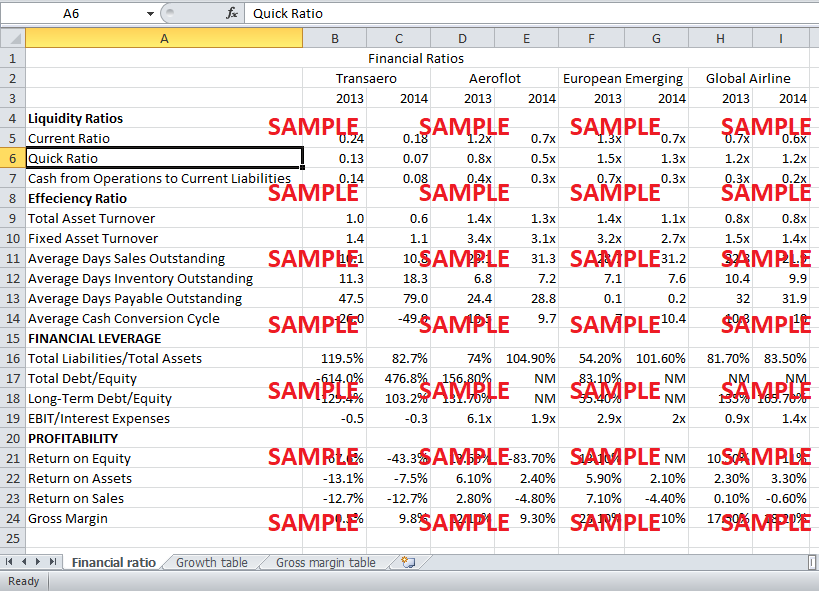 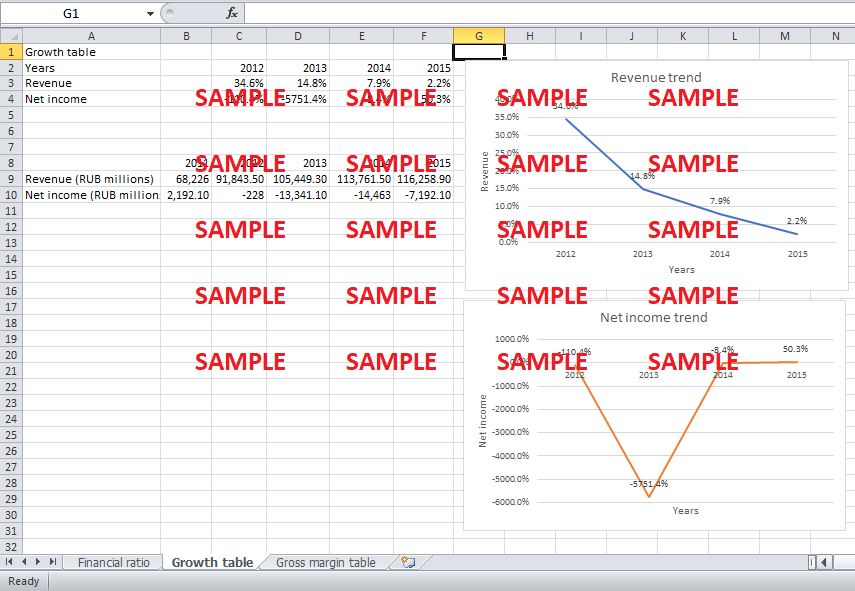 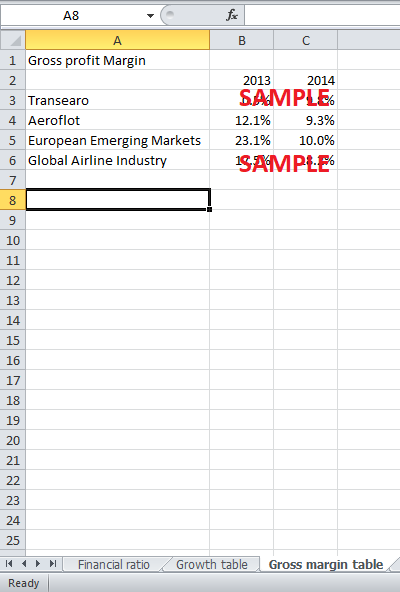 Transaero was one of the largest private airline company in Russia. It was established in 1990 and became one of the top 30 airlines in the world in the year 2012. It believed in increasing the efficiency of the airline and providing good quality service to its customers. The number of passengers increased by 21.04% in the year 2013. Despite the increase in revenue, the company go bankrupt in the year 2015. The increase in the oil prices in the year 2014 and the depreciation of the Russian ruble resulted in the decline in the financial position of the Transaero. Moreover, limitations were levied against flying over Ukraine, which led to a rise in the operating expenses of the Transaero airline. The sharp growth in the interest rates leading to an increase in the debt reimbursement resulted in the liquidity problems for the company. Also, banks started limiting lending and Transaero was not able to obtain financing for paying its liabilities.

The table below shows the financial ratios calculated for the Transaero company for the year 2013 and 2014 and the data of its competitors for comparison. The liquidity ratios show whether the firm has sufficient assets to pay off its liabilities or not. The current ratio is calculated by dividing current assets by current liabilities. Current ratio indicates the ability of the firm to pay off its current liabilities from current assets. The current ratio of Transaero was lower than 1, i.e. 0.24 and 0.18 in 2013 and 2014, respectively, which signifies that it does not have enough assets to settle its current obligations. The current ratio was also lower than its major competitor, Aeroflot. The quick ratio was also less than that of the industry, i.e. 1.2, for both the years.